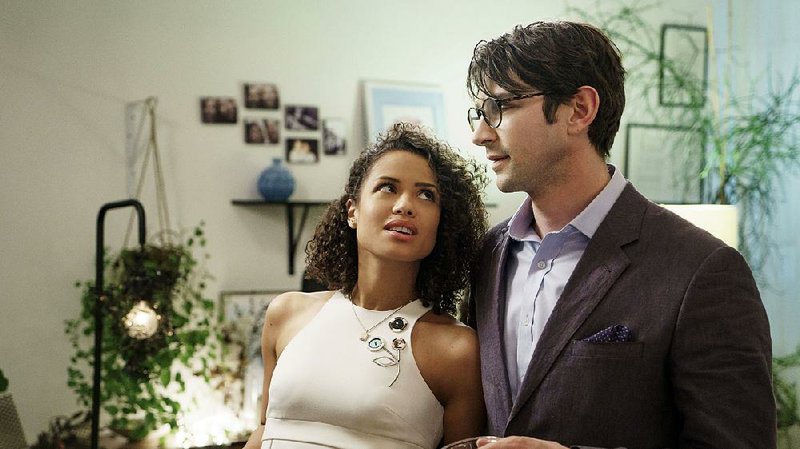 Abbie (Gugu Mbatha-Raw) and Sam (Michiel Huisman) are ill-fated lovers in Stephanie Laing’s Irreplaceable You, which has its premiere on Netflix today.

What's the best reaction to news that a young adult is the victim of terminal cancer? There are practically endless responses, and it seems most of them are explored -- with great earnestness but little success -- in Irreplaceable You.

The film's pedigree is impressive. It's the feature directorial debut of former Veep producer and director Stephanie Laing and offers a talented and adaptable cast that can handle just about anything that comes its way.

Except a cliche-ridden script, a too-long introduction (dopey enough to provoke channel-changing), syrupy saccharine scenes meant to be heart-tugging, characters who don't stay true to their established personalities, and groan-worthy attempts at social-interaction humor.

Otherwise, everything's just fine, if all that's required of a drama with supposedly serious intentions are pretty faces, a familiar urban setting (lots of shots of the Brooklyn Bridge and Manhattan skyline), and predictable outcomes.

Here's the short version: Abbie (Gugu Mbatha-Raw of The Cloverfield Paradox and Belle) and Sam (Michiel Huismen, nerded up considerably from the way he looks in Game of Thrones and Treme) meet none too cutely at an aquarium at age 8. Friendship becomes love (apparently without ever exploring other candidates). Residence is set up in a trendy West Elm-style townhouse in a nice Brooklyn neighborhood that they can't possibly afford. He's a teacher, focusing on neurons. She seems to work at something regarding publishing kids books. A wedding is planned.

Cancer shows up (this is not a spoiler; it's spelled out almost immediately). Wedding plans are canceled, as is Abbie's gym membership. Abbie uses her remaining time grimacing at hapless people who respond inappropriately to her situation (especially her mother) and attending a truly bizarre end-of-life support group (where everybody crochets -- is that a metaphor? -- and one woman employs a personal theme song that sounds as atonal and nutty as something Linda would sing in Bob's Burgers) while trying to fix inexperienced Sam up with someone who will take care of him (along with instructing him on how to use household appliances) after she's gone.

The only good to come out of all this is that Abbie meets fellow support group member Myron (Christopher Walken), a crusty straight-shooter kind of guy who claims to not only have terminal cancer, but multiple myeloma and Tourette's. That's probably thrown into the script so he can say whatever he wants, although many of his cranky pronouncements are wise.

"Just because you're dying doesn't mean life stops," he advises Abbie, who is too busy wallowing in what's known as anticipatory grieving (a grief reaction that occurs before an impending loss) to pay much attention. Until she does. By then, it's pretty much too late, not only for Abbie, but for viewers who have stuck around, hoping for a more inspired outcome.

In the meantime, for an honest response to what to say -- and not to say -- to a cancer victim, don't seek advice from Netflix. Instead, read Kate Bowler's new memoir Everything Happens for a Reason And Other Lies I've Loved. Sometimes, she says, silence is the best response ... "Shut up and show up." 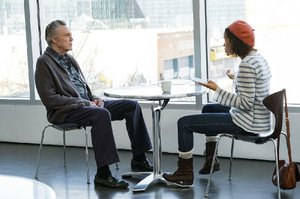