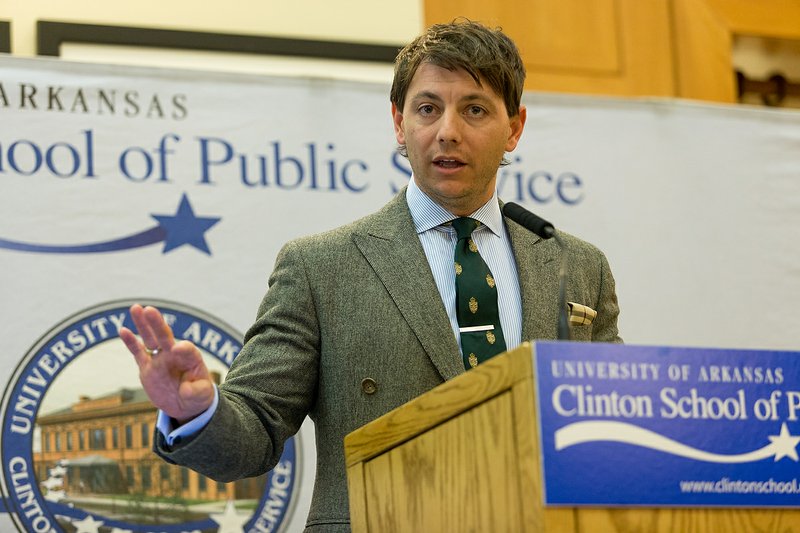 Hogan Gidley speaks at the Clinton School of Public Service in Little Rock in 2013. (Photo by Jacob Slaton)

President Donald Trump apparently is pleased with the work of Hogan Gidley, his deputy press secretary and a former Arkansas TV newsman who grew up in El Dorado.

Earlier this month, Trump announced that Gidley would serve as "Special Assistant to the President" and deputy press secretary.

In a brief interview at the White House last month, Gidley said the job is "more" than he anticipated. "So much more difficult. So much more rewarding. So much more fun. It is so humbling to walk in these doors every day," he said.

He has also appeared frequently on Fox News, CNN and elsewhere.

At the White House, the hours are long and the pace is fast. He typically arrives at 7 a.m. and stays until 8 p.m.