Michigan utility plans to end use of coal by 2040 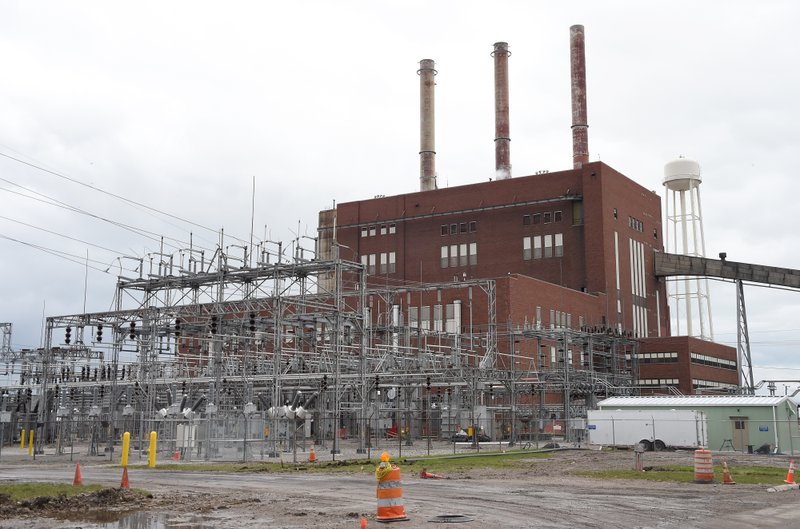 TRAVERSE CITY, Mich. -- Consumers Energy's CEO said the Michigan utility will phase out electricity production from coal by 2040 to slash emissions of heat-trapping gases that cause global warming.

The utility plans to generate 40 percent of its power from renewable sources such as wind and solar energy by then, Patti Poppe said in an interview ahead of the public announcement Monday. She said the utility also will rely on natural gas, hydropower and improved efficiency to meet customer needs.

Consumers Energy and DTE Energy Co., which supply most of Michigan's electricity, are among many U.S. providers moving away from coal even as President Donald Trump's administration boosts fossil fuels and seeks to unravel former President Barack Obama's policies that promoted cleaner power.

"We believe that climate change is real and we can do our part by reducing our greenhouse gas emissions, and we also believe it doesn't have to cost more to do it," Poppe said. "We believe we're going to be on the right side of history on this issue."

Coal is becoming less competitive as the cost of producing renewable energy steadily falls, she added.

Environmental groups praised the move after the utility officially announced it Monday. But they also urged the utility to make the transition from coal to renewable sources more quickly.

"It's a great sign that the tide is turning," said Kate Madigan, an energy policy specialist with the Michigan Environmental Council. "We're looking forward to working with them and making sure they follow through on this commitment -- and seeing if we can get there even faster."

Power companies are under increasing pressure to reduce emissions of carbon dioxide, which traps heat in the atmosphere and promotes what scientists describe as a dangerously warming climate that will endanger human health and natural systems.

A 2016 state law set a renewables target for Michigan utilities of 15 percent by 2021. Environmentalists are circulating petitions for a statewide ballot initiative that would require 30 percent by 2030, which Consumers Energy and DTE have criticized as unnecessary.

Poppe said Consumers Energy will file a plan by June with the Michigan Public Service Commission with a detailed timetable for phasing out coal and supplying its customers with power from a mix of renewable and traditional sources. Commission approval will be needed before the utility can proceed.

The utility closed seven of its 12 coal-fired plants in 2016, which the company said lowered its carbon generation by 38 percent from 2008 levels. Its long-term strategy will yield an 80 percent reduction in carbon emissions, Poppe said.

Rapidly developing technology and falling prices are making green energy more cost-effective than it was even a decade ago, when many in the industry warned that mandating use of renewables would drive up rates. Particularly helpful are improvements to systems for storing renewable energy for use when the wind isn't blowing or skies are cloudy, Poppe said.

"We don't have to make a sucker's choice of either affordable prices or clean energy," she said. "We can do what's right for the planet and the customers we serve. We don't think there's a trade-off to be made here."

Consumers Energy owns two wind turbine farms and buys power from a third. It co-owns with DTE a hydroelectric plant on Lake Michigan. The utility says it is upgrading its natural gas infrastructure around the state.

Along with its renewable energy plan, Consumers Energy also announced a five-year plan for reducing its environmental footprint that includes saving 1 billion gallons of water, reducing waste sent to landfills by 35 percent and restoring or improving 5,000 acres of land.

The utility says its customers include 6.7 million of Michigan's 10 million residents.

DTE last year pledged a carbon emissions cut of more than 80 percent by 2050 by phasing out coal, boosting wind and solar energy, and building a 1,100-megawatt natural gas plant. The company described the new gas facility as essential to providing reliable and affordable power while reducing carbon emissions.

Environmentalists contend DTE and Consumers Energy should make bigger commitments to renewables instead of gas.

"Gas prices are unpredictable. They're low now, but there's no certainty they will be in the long term," said Margrethe Kearney, staff attorney with the Environmental Law and Policy Center. "There's zero fuel costs for wind and solar."

Print Headline: Michigan utility plans to end use of coal by 2040