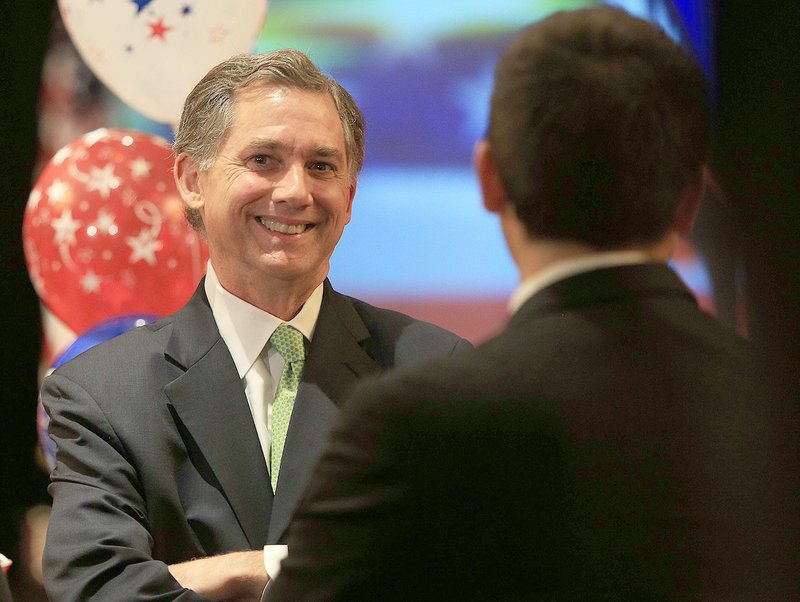 An operations manager at the Clinton School of Public Service announced this week that he will enter the increasingly crowded field of Democrats hoping to challenge Republican U.S. Rep. French Hill this November.

Jonathan Dunkley, 37, in his first bid for public office, said he plans to set himself apart from the three other announced 2nd District candidates in the Democratic primary by touting his work with "at-risk populations."

He also noted that, if elected, he would be the first black person sent to Congress from Arkansas.

Before his work at the Clinton School, Dunkley said, he worked with the John H. Chafee Foster Care Independence Program, which uses federal grants to help foster children make the transition to adulthood. He said he'd like to see Congress expand the grants, and other incentives for poor and disadvantaged people.

He said he took issue with Hill, a banker and two-term incumbent, regarding his voting last year for a $1.5 trillion tax cut for corporations and individuals.

"That one really gets under my skin," Dunkley said. "We don't believe trickle-down economics works for working-class people."

Dunkley also suggested he has the best "progressive" skills in the Democratic field -- while also praising the work of his opponents.

The other candidates who have announced plans to run for the Democratic nomination are state Rep. Clarke Tucker, Catholic High School teacher Paul Spencer, and Gwen Combs, a teacher in the Little Rock School District.

Dunkley said he is "pro-choice," and supports taking steps toward gun control. He said Congress has passed up an "easy fix" by not voting to raise the minimum age to possess "paramilitary weapons."

At the end of the year, Hill reported to the Federal Election Commission that he had $1.3 million cash on hand. Spencer, the top-fundraising Democrat, reported having $128,000 to Combs' $10,000. Tucker, who announced this month, has yet to file his first report.

Dunkley said he would start fundraising immediately, including from political action groups, to become competitive in the campaign.

A native of Florida, he said he moved to Arkansas with his wife of 15 years to attend Philander Smith College. He has two children. Filing for the office starts today at the Capitol.