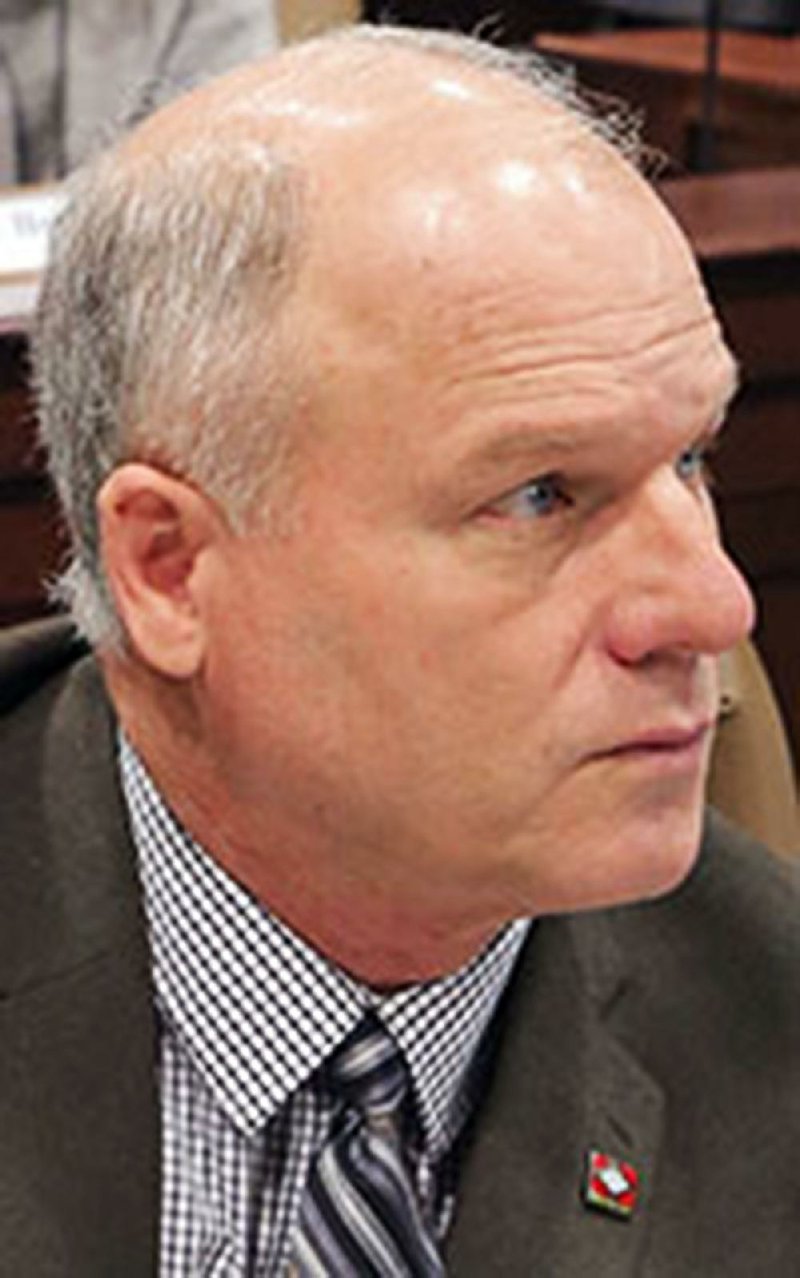 Senate Republican leader Jim Hendren of Sulphur Springs participates in a Joint Budget Committee meeting at the Capitol. Hendren is on the Governor's Taskforce for Tax Relief to help find money for his proposed income tax cut. ( Benjamin Krain)

The Joint Budget Committee on Thursday advanced legislation that would allow state government to fund the panic-button alert system in public schools.

The committee approved an amendment by Senate Republican leader Jim Hendren of Sulphur Springs that he said would allow the use of about $800,000 at the Arkansas Economic Development Commission to fund the system. The amendment was added to Senate Bill 105, a reappropriation bill for the commission in fiscal 2019 starting July 1. The committee then approved SB105.

"This was some money that was left over way back from 2013 from a bill that we passed when gas prices were $4 or $5 gallon to try to fund [incentives for compressed natural gas] up in Northwest Arkansas and subsidize some of the efforts up there," Hendren told lawmakers. "We moved that to ADEC and broadened the definition to make it eligible to economic development projects because obviously as gas fell to $2 a gallon, it wasn't quite as important that we subsidize [compressed natural gas].

"We thought that we could use those dollars, and I got the agreement of the Northwest Arkansas senators ... to fill this gap to continue the panic button to keep our schools safe," Hendren said.

The amendment would "allow the release of those dollars to do something that we all see as necessary in today's environment to fund the panic button for the next year," he said. Hendren also said the amendment was a "one-year fix" and the Legislature would have to address funding again in the 2019 regular session.

In April 2017, Gov. Asa Hutchinson vetoed legislation that would have granted the state Department of Education $850,000 in spending authority for the alert system in fiscal 2018. Funding previously came from various parts of state government. At that time, the Republican governor said in a letter that continued funding was up to local school districts.

Rave Mobile Safety is the company behind the Rave Panic Button app that has been used in Arkansas public schools. The company has continued to provide the panic-button system in the hopes of regaining state funding.