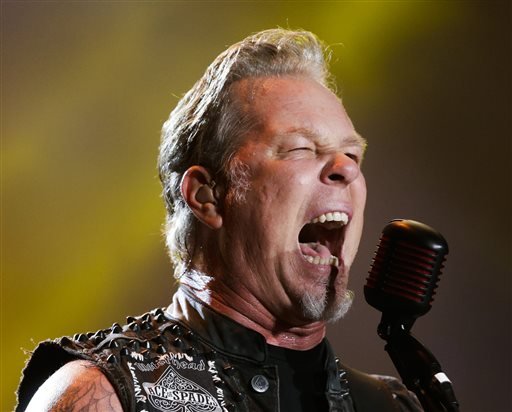 In this Sept. 20, 2015 file photo, James Hetfield of Metallica performs at the Rock in Rio music festival in Rio de Janeiro, Brazil.

Metallica will perform at North Little Rock's Verizon Arena next year as part of the band's 34-city North American tour.

The arena said in a statement that tickets for the Sunday, Jan. 20, 2019, concert will go on sale Friday. They cost $65 to $135 before service charges and can be purchased at the Verizon Arena box office or online.

Metallica has won eight Grammy awards, sold more than 120 million records and even earned a spot in the 2015 Guinness Book of World Records for being the first band to play a concert on all seven of Earth's continents. Metallica performed at a research station in Antarctica in 2013.