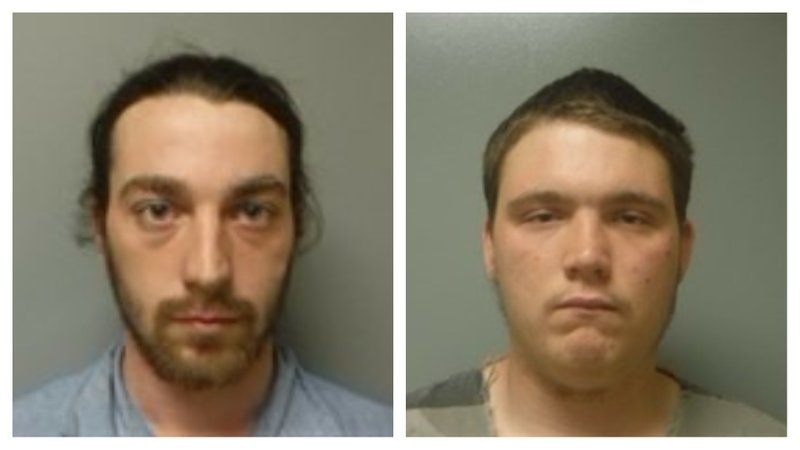 Two Arkansans are accused of breaking into a mausoleum and stealing a police officer's ashes.

The ashes of former Jonesboro police officer Robert Peevey, who died in 2015 at age 43, were found to be missing from the mausoleum at the city's intersection of Loberg Lane and West Matthews Avenue by his father Feb. 18, according to a report.

On Thursday, Jonesboro police received tips that Brandon Forrest Nelson, 21, and Brook Edwards, 22, broke into the mausoleum and stole dog tags, a badge and some ashes, the report states.

Nelson later told authorities that the pair broke the glass over the monument, took the ashes, "busted" the box they were kept in and dumped them under a bridge off Gee Street, according to the report. They had also tried to pull a headstone from the ground, but it was too heavy, he said.

Edwards reportedly said he had nothing to do with the crime other than watching Nelson dump the ashes.

Following another tip, police later found a bag containing some of the ashes submerged in water near the bridge, the report states.

Nelson and Edwards are charged with abuse of a corpse, defacing an object of public respect, property theft and breaking or entering, according to police.

As of Tuesday afternoon, they were being held at the Craighead County jail in lieu of $25,000 bond each, records show. The pair is scheduled to appear in court March 30.