Photos of the Year 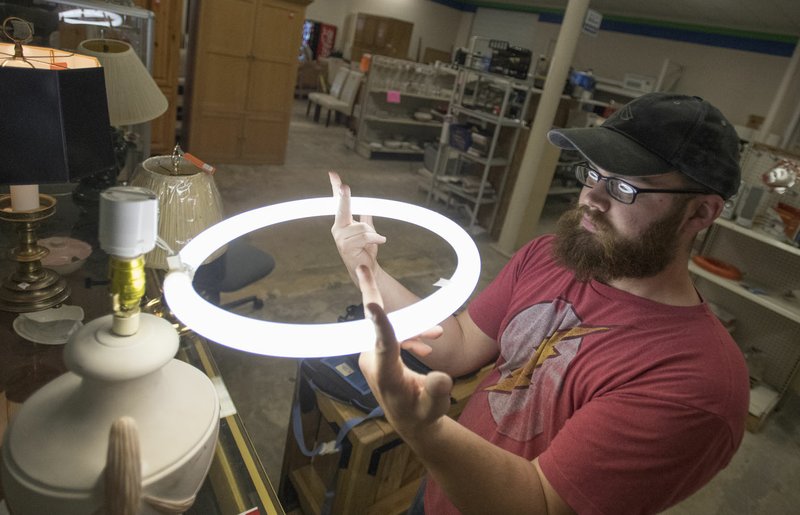 NWA Democrat-Gazette/J.T. WAMPLER Nolan Burgin of Gravette tests a circular light for sale Aug. 22 at the Habitat for Humanity Restore in Bentonville. Burgin was building a workbench and considered integrating the light into it. The Restore sells household items, furniture, building materials and funds Habitat for Humanity building projects in Benton County. 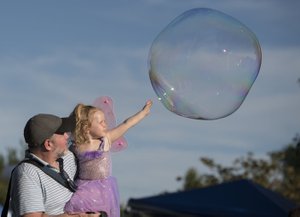 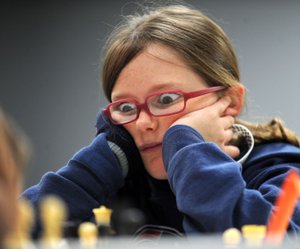 NWA Democrat-Gazette/ANDY SHUPE Kendal Olson, 9, a fourth-grader at Walker Elementary School in Springdale, studies the chess board April 29 as she competes in a match with Sawyer Copeland, 11, a fourth-grader from Lincoln. The students met during play in the sixth annual Northwest Arkansas Chess Tournament of Champions at the Northwest Arkansas Education Service Cooperative in Farmington. The tournament featured area championship winners from second- through eighth-grades. 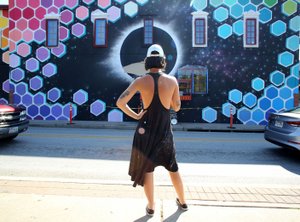 NWA Democrat-Gazette/DAVID GOTTSCHALK Marina Zumi of Argentina steps off of her lift Aug. 21 to look at her mural on the west side of the Hog Haus Brewing Co., at the intersection of West Avenue and Dickson Street in Fayetteville. Zumi is one of the artists who participated in the Green Candy Art Action event, curated by Justkids, the collective behind the Unexpected Festival in Fort Smith. The event included six artists working on six projects at the same time leading up to Fayetteville Roots Festival at the end of that week. 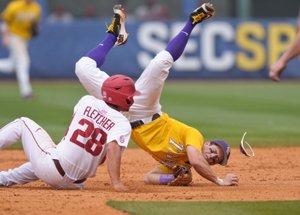 NWA Democrat-Gazette/BEN GOFF @NWABENGOFF Dominic Fletcher, Arkansas Razorback baseball center fielder, colides with Cole Freeman, second baseman for the Louisiana State University Tigers. Freeman threw to first on a double-play attempt in the fourth inning of the teams' May 28 meeting during the SEC Tournament Championship game at Hoover Metropolitan Stadium in Hoover, Ala. Fletcher was out on the play, and Razorback Carson Shaddy was safe at first base. 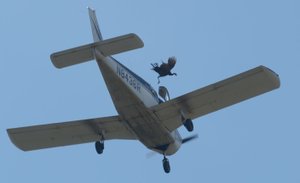 NWA Democrat-Gazette/ANDY SHUPE A wild turkey is released Oct. 14 from a plane flying over Crooked Creek during the 72nd annual Turkey Trot in Yellville, prompting a FAA investigation which found no wrong-doing by a "phantom pilot." The Yellville Chamber of Commerce released a letter disavowing responsibility, according to the Baxter Bulletin. "The release of turkeys from planes has been a part of Turkey Trot for many years, but a third-party individual, not affiliated with the Chamber of Commerce, regulates it ... Chamber board members, Turkey Trot sponsors, and Chamber members have absolutely no affiliation, jurisdiction, or control over what any individual does in his or her private plane in the air," the letter read. 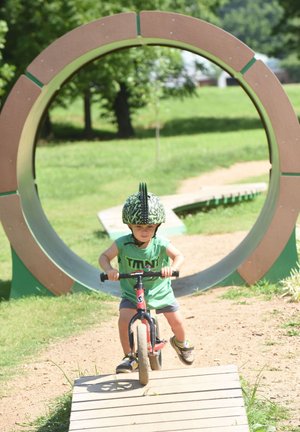 NWA Democrat-Gazette/FLIP PUTTHOFF RIDE THROUGH THE ROUND Shane Combellack, 2, pedals through tunnels at the Bentonville Bike Playground. Features of the playground include tunnels, bridges, and a pump track to help riders of all ages develop their cycling skills. The bike park is north of the city's Bark Park near North Walton Boulevard and Interstate 49. 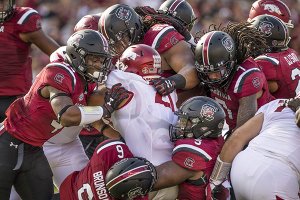 Hawgs Illustrated/BEN GOFF Defenders for the University of South Carolina Gamecocks bring down Devwah Whaley (21), and Arkansas Razorback running back, in the first quarter during the game Oct. 7 football game at Williams-Brice Stadium in Columbia, S.C. The game continued in that mode, with the Razorbacks falling to the Gamecocks 22-48. 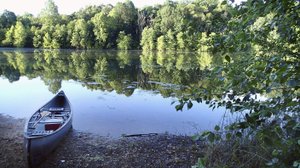 NWA Democrat-Gazette/FLIP PUTTHOFF The summer sun rises at Lake Hindsville in Madison County. Sunrise is ideal for fishing Lake Hindsville by canoe or kayak. The reservoir varies in size with the water level and is about 15 acres at full pool. Bluegill can be the prize during summertime fishing at the lake. 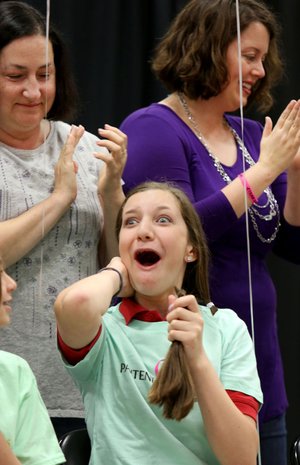 NWA Democrat-Gazette/DAVID GOTTSCHALK Elizabeth Atchley, a seventh-grade student at St. Joseph Catholic School in Fayetteville, reacts May 11 after having her hair cut for a donation during a Pantene "Beautiful Lengths" hair cutting event at the school. The school made 22 donations for free wigs to be distributed to Northwest Arkansas cancer survivors. The school was one of 12 in the area participating in a series of events.

Print Headline: Photos of the Year