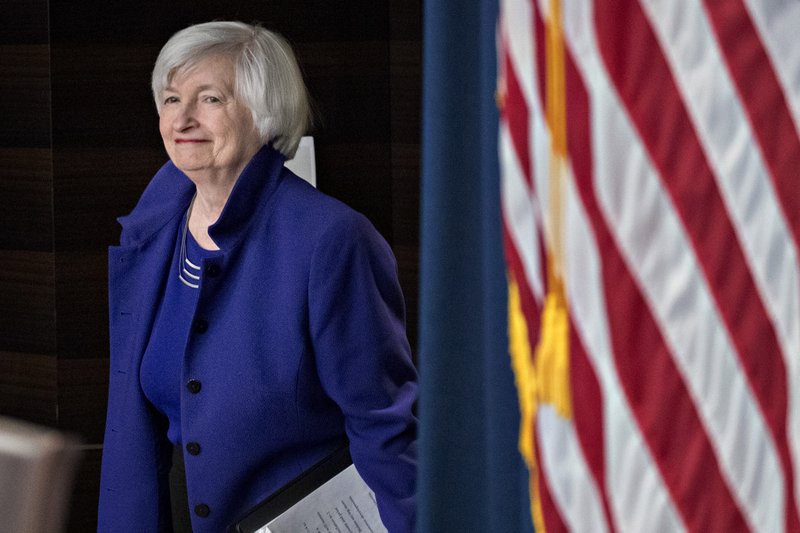 The last time Goldman Sachs' financial-conditions index was pointing to a market environment this good, its then-chief economist was using the gauge to analyze the effects of Federal Reserve decisions that he now helps make.

New York Fed President William Dudley developed the index in the 1990s while at Goldman to create an alternative way to measure the impact of monetary policy on the economy. Now, with the index signaling the easiest conditions since 2000 after a big run-up in U.S. stocks, Fed officials are starting to wonder whether they will need to address inflated asset prices in order to avoid over-inflated consumer prices.

An account published Wednesday of the Dec. 12-13 meeting of the interest-rate setting Federal Open Market Committee, of which Dudley is vice chairman, revealed a debate over the risks that easy financial conditions could lead to the kind of economic bounce that would spur unwanted inflation and warrant faster rate increases. A few officials aired the view that it already may be getting started.

Policymakers also published projections after the meeting that show their median forecast was for three rate increases this year. Outgoing Fed Chairman Janet Yellen then explained, in her final scheduled news conference with the open market committee, that part of the reason why that number wasn't four was because of uncertainty over why inflation had decelerated in recent months. Yellen will be replaced by Fed Gov. Jerome Powell when her term expires in early February.

That question over low inflation will probably need to be resolved before officials feel confident enough to step up the pace of tightening to counteract rising stock prices and low long-term interest rates, which are key reasons why financial conditions have eased.

U.S. stocks hit record highs as President Donald Trump signed a $1.5 trillion package of tax cuts into law, shortly after the Fed's mid-December gathering. The lack of upward movement in long-term interest rates -- even as the Fed raises short-term rates -- is also contributing to the improvement in financial-conditions indexes.

At the December committee meeting, "many participants expected the proposed cuts in personal taxes to provide some boost to consumer spending," while "a few participants noted that expectations of tax reform may have already raised consumer spending somewhat to the extent that those expectations had spurred increases in asset valuations and household net worth," according to the minutes.

Mainstream economic theory suggests spending encouraged by the "wealth effect" from higher asset prices will reduce unemployment and push up inflation. But inflation slowed in 2017 despite unemployment falling to a 16-year low.

Fed officials hope to resolve the inflation question as the impact of one-off declines in the price of certain consumer goods and services, like cellphone plans, fades away. If inflation bounces back to the central bank's 2 percent target, the current debate shows that financial conditions may weigh more heavily as the Fed considers how quickly to raise rates later this year.

"We continue to believe that the FOMC will probably have to end up adding an extra fourth hike to the three hikes penciled in for 2018 in order to promote a soft landing, given easy financial conditions, tax cuts and growth momentum," Krishna Guha, the Washington-based vice chairman of investment research firm Evercore ISI, said in an email Friday to clients.

In April 2000, when Dudley was at Goldman and the financial conditions index was at similar levels, the stock market had begun to flatten out after a historic increase over the previous several years. The Fed, under the leadership of then-Chairman Alan Greenspan, had been raising short-term rates in quarter-point increments for almost a year.

A month later, the Fed Open Market Committee elected to raise the federal funds rate by half a percentage point, in part to contain inflationary pressures the panel anticipated would follow from the effects of high stock prices on economic growth. It marked the final increase of the tightening cycle, and the stock market began its plunge into a two-year bear market a few months later.