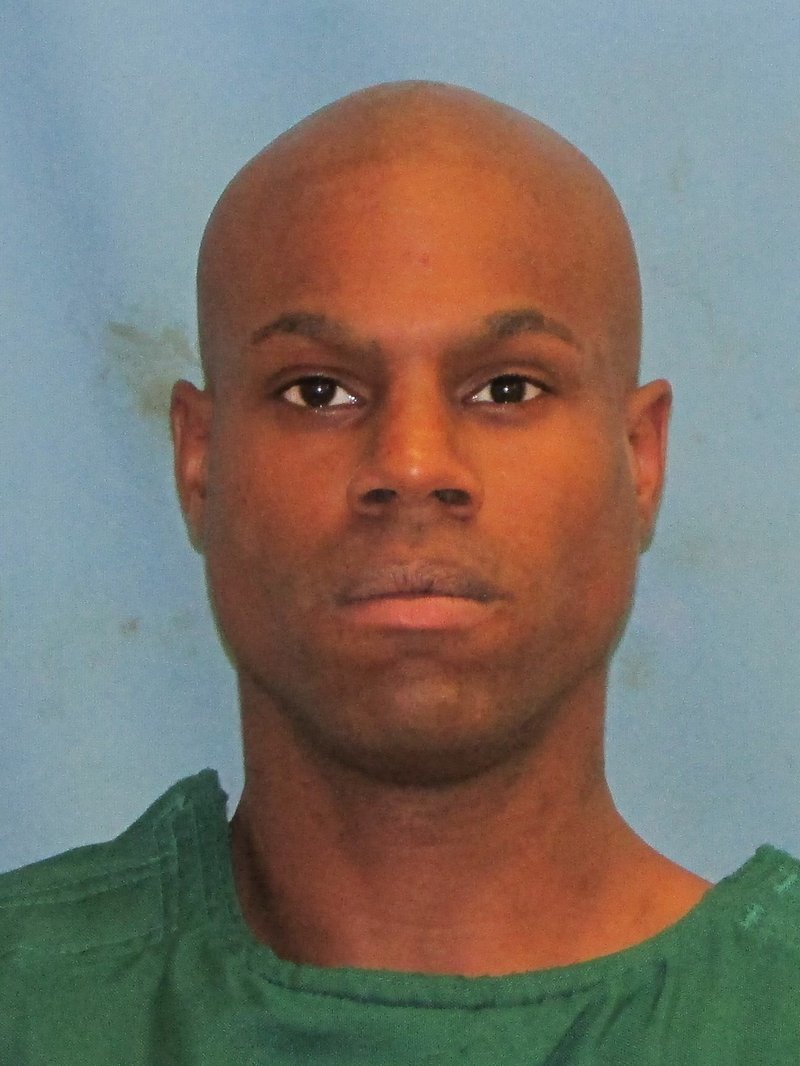 A Little Rock man who gunned down his girlfriend in his parents' living room during an argument about tacos and their relationship was sentenced to 25 years in prison on Monday.

The sentence for 27-year-old Corey Dewan Brooks imposed by Circuit Judge Herb Wright was more than twice the 10-year minimum term sought by his attorneys but less than the 45-year sentence requested by prosecutors.

Brooks shot Yolanda Renee Whitfield six times at his parents' West 28th Street in June 2015. The 26-year-old woman was shot in the head, shoulder and neck plus three times in the back.

Brooks, who has been jailed almost three years, did not testify although he apologized to Whitfield's family after asking the judge's permission to speak to them directly.

"I am sorry for killing Yolanda," he said.

The only eyewitness, Brooks' mother, told the judge the couple always had a contentious relationship and had argued earlier that same day, reaching a point where Whitfield left Brooks behind after the couple had gone to the grocery store

They were arguing again and on the verge of fighting when, Terese Ticey told the judge, she got between them to calm them down. Whitfield hit her during the melee, the woman testified, although she could not say whether the blow was deliberate.

Brooks began to yell at Whitfield for striking his mother and warning her not to hit Ticey again, the woman testified. Whitfield appeared to ignore him as she continued to argue about taco seasoning and their relationship, Ticey told the judge.

Ticey said she was hit again, and the shooting started. Ticey said she did not know her son had his gun with him and did not see him pull the trigger.

"The first shot went by my head," Ticey said. "I closed my eyes."

Whitfield's mother, Lorene Whitfield, and oldest sister, Theresa Bowe, told the judge that Yolanda Whitfield had dedicated her life to helping others. She focused on counseling students at the University of Arkansas at Little Rock, where she got her bachelor's degree in social work and master's in higher education, and at Pulaski Technical College, where she worked as a student services coordinator.

"Everybody just knew her," her mother said. "She just loved the students and helping them with their lives."

Whitfield was so beloved at UALR that her memorial service virtually caused the campus to shut down because so many people attended, Bowe told the judge.

Bowe, the oldest of the family's four daughters, said she had a more maternal relationship with Whitfield, telling the judge that her daughter and Whitfield, a few years apart in age, were like sisters.

"This loss is like losing a part of me," the Marion resident said.

Bowe said she had no concerns about sending her daughter to Little Rock for college because she knew Whitfield was here. But her aunt's murder has traumatized the young woman, causing her to withdraw from school and inflicting regular nightmares, Bowe told the judge. Their family is forever devastated, she said.

"This is just devastating to our very being, to have her taken away so suddenly, so selfishly," she testified.

The case took a while to resolve because Brooks' mental health has been at issue. He was initially diagnosed as incompetent to stand trial in February 2016, and he had undergone three mental evaluations by state doctors before the judge found him fit to stand trial in August.

With sentencing guidelines recommending a 30-year sentence for a defendant like Brooks who had no criminal record before killing Whitfield, defense attorney Bobby Digby asked the judge to consider Brooks' low IQ and history of learning disabilities.

Brooks had lived at home all of his life until moving in with Whitfield about a year before the killing. His mother thought Whitfield was a bad influence on Brooks -- although perhaps not deliberately -- and had told him she did not want him bringing Whitfield to the family home.

Brooks is a child in a man's body who overreacted out of anxiety about upsetting his mother, Digby told the judge.

"These are not the actions of a man," Digby told the judge. "To me, it's closer to a child causing this ... tragedy."

Deputy prosecutor Michael Wright scoffed at the suggestion that 10 years in prison was sufficient punishment for what Brooks had done. Brooks was mature enough that his family wasn't concerned about him owning a pistol, Wright said.

"Children do not own guns," he said. "Yolanda Whitfield was murdered because this defendant got mad."

Wright, who suggested a sentence of 45 years, asked the judge to consider Whitfield's loss to the greater community in assessing a punishment. Brooks took someone "precious from our community," he said.