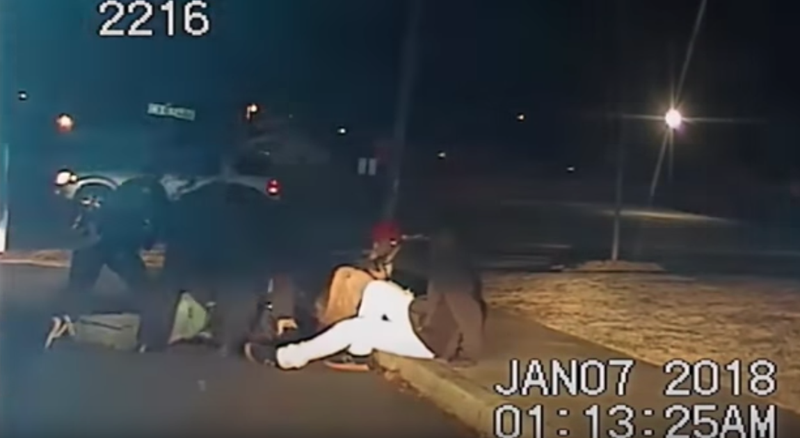 This screenshot from a North Little Rock Police Department video shows officers struggling with a teen gunman before he was fatally shot.

The North Little Police Department on Wednesday released footage showing the fatal shooting of a teenage gunman by officers after a struggle.

Police Chief Mike Davis said during a news conference that the release of dashboard-camera video footage from the scene was deemed necessary after a “great deal of misinformation” spread on social media.

“I fear that misinformation gets out that says the subject wasn’t armed, that the subject didn’t shoot,” he said, adding “that is not the case.”

Davis shared little new information regarding the ongoing investigation during the news conference at the agency’s training building.

On Sunday, officers initiated a traffic stop shortly after 1 a.m. near the intersection of 52nd Street and Camp Robinson Road, according to police.

The vehicle had been traveling an an “excessive speed” and had a headlight that wasn't functioning properly, Davis said.

The chief said responding officers expressed concern over the “nervousness” of the driver while speaking with him. Three people inside the car, including its driver, were asked to step out in the minutes that followed, the footage shows.

Authorities said a gun and a small bag containing marijuana was found on one of the occupants — 17-year-old Charles Smith Jr. — during a pat-down search. A stolen firearm was also later found on the driver’s-side floorboard.

“As officers continued to pat him down, Smith attempted to gain control of a handgun and flee, at which time he was taken to the ground,” Davis said.

A struggle ensued around 1:15 a.m., and Smith eventually pulled out the weapon from his waistband and fired one shot that almost struck the other two occupants nearby outside, according to police.

“[Smith] is then observed engaging the slide back on the gun and again firing at officers, almost striking one officer in the face,” the chief said.

That resulted in three officers firing shots at Smith less than a minute later, the video showed. Smith was pronounced dead at the scene.

“No officer wants to be put in this position, but these officers were left with no other choice but to protect their lives and return fire,” Davis said.

He added that an investigation into the shooting should be completed “very soon.” Findings will then be submitted to the Pulaski County prosecuting attorney’s office for review regarding whether deadly force was justified.

The North Little Rock Police Department — one of a handful of mostly large departments in Arkansas that elect to conduct in-house criminal investigations of such encounters — is conducting that investigation.

A separate internal probe is also expected into whether department protocol was followed, according to police.

"We're not at a point where we can make any conclusions," Proctor said. He said that once a complete set of video footage is released, there could be an opportunity to look into "what, if anything, could have been done differently."

"Misinformation gets out that says ... the subject wasn't armed, the subject didn't shoot," Davis said. "He was armed and we, in fact, had to take action because of that. I want people to see what happened."

During Wednesday’s news conference, Davis advised media outlets to “exercise discretion” regarding the release of footage to the public. Live streaming and recording of the video was not allowed. Instead, copies were provided to reporters for review. 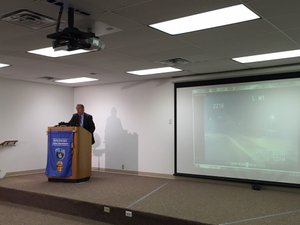 Arkansas Democrat-Gazette reporter Hunter Field and The Associated Press contributed to this story.