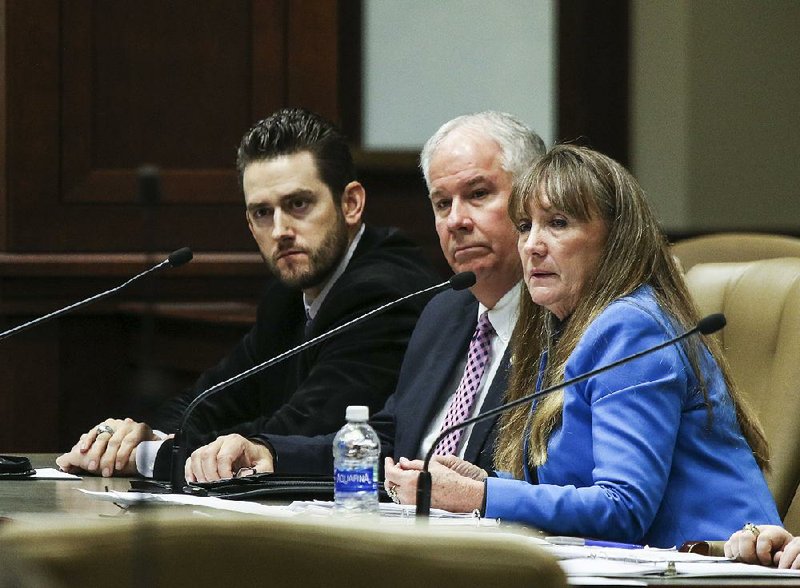 The governor's requested appropriation, which the Joint Budget Committee acted on Wednesday, includes new funds dedicated toward paying overtime for prison guards, medical care for inmates and rolling out a new effort at putting low-level offenders in treatment beds.

It also will be enough to pay for security upgrades that are already underway at several maximum security units, in the wake of repeated violent outbreaks that have captured headlines dating to the summer, Hutchinson said when presenting his budget Tuesday.

The sum of the governor's request would send an additional $5.25 million in general revenue funds to both the Department of Correction and Arkansas Community Correction in fiscal 2019, compared with current funding levels.

When combined with other sources of funding each agency receives, the governor's spending plan would authorize the Department of Correction to spend more than $430 million in 2019, and Arkansas Community Correction to spend $126 million. Appropriations bills will be considered in the fiscal session starting Feb. 12.

"It was just a way of emphasizing that this is something we're not ignoring," the governor told reporters Tuesday. "We do have some plans for other specific needs in prison that will be handled by one-time funds or otherwise. This budget does cover sufficient funding for that violence reduction plan."

Arkansas has one of the highest incarceration rates in the nation, according to U.S. Bureau of Prisons statistics, with 591 people in state prison per 100,000 residents. Prisons are perennially overcrowded, forcing some state inmates to be housed in county jails, while others are released early.

Community Correction opened more treatment beds in its centers last fall, but money for the additional parole and probation officers was not included in the agency's spending plan recommended by the governor's office, despite the agency requesting it.

That prompted Sen. Will Bond, D-Little Rock, to assert that the spending plan falls short of fulfilling the state's public-safety needs. After criticizing the appropriation, Bond said he plans to offer an amendment during the fiscal session to pay for 30 additional officers.

There are more than 8,300 absconders in Arkansas, according to Community Correction Chief Deputy Director Kevin Murphy.

"We need parole officers and probation officers to be able to proactively assist, monitor, track all our parolees and probationers, but particularly those who are newly reintegrating into society, and they can't do that with these high caseloads," Bond said.

It's unknown how much Bond's plan to hire more officers would cost.

Speaking to reporters later, Community Correction Director Sheila Sharp disputed that agency could not fulfill its mission with its current number of officers. She said automation, and focusing services on offenders during the first several months of supervision -- when they are seen as more likely to reoffend -- was helping officers to manage caseloads.

"We're doing a good job with what we have," she said.

Over Bond's objections, the Joint Budget Committee overwhelmingly voted to adopt the governor's appropriation request as a starting point for next month's budget debates. The committee also adopted the governor's request for the Department of Correction, over the objection of a few Republicans who repeated long-running concerns that the state prison farm is not earning enough money and who want to cut that program's budget.

Sen. Joyce Elliott, D-Little Rock, the chairman of the legislative Subcommittee on Charitable, Penal and Correctional Institutions and a member of the budget committee, made the motion to adopt the governor's full request. The proposal includes an additional $1.9 million for overtime pay and $1.6 million for increases to the state's medical care contract for inmates.

Elliott noted that the farm program keeps inmates busy during the day, and that having those inmates idle would require hiring even more corrections officers in a prison system that has made well known its troubles hiring and retaining staff.

Department of Correction Director Wendy Kelley told lawmakers Wednesday that a new pay plan last summer helped recruit officers, but the state was unable to retain them. Increased incidents of violence, especially those that send guards to the hospital, drive officers away, she said.

As of Wednesday, there were 501 vacant correctional officer and corporal positions departmentwide, out of an authorized 4,300 employees, including nonsecurity positions, according to a spokesman.

Adding funding to overtime pay would help the department expedite payment to officers who are required to work extra shifts at maximum security units to maintain staffing levels, Kelley said, and, it's hoped, would stop more workers from leaving. The governor's spending plan includes special revenue already dedicated toward new security features, including a plan to add hundreds of lockdown cells, but no new funds dedicated to security.

"The director keeps telling me there's not a budget problem. I have to take her word for that, because that's all I have to go on," Elliott said.

Speaking to reporters after the meeting, prisons spokesman Solomon Graves said the governor's request was adequate to fund the Department of Correction's operations, including combating prison violence.

"I don't know if I would equate funding decisions to the behavior of our inmate population," Graves said. "In all honesty, those individuals who have engaged in that behavior couldn't care less how we're funded on an annual basis."

As of Wednesday, he said, the department housed 15,930 inmates. 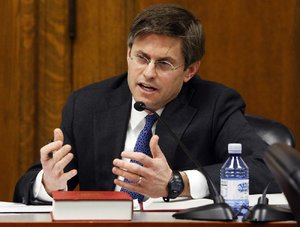