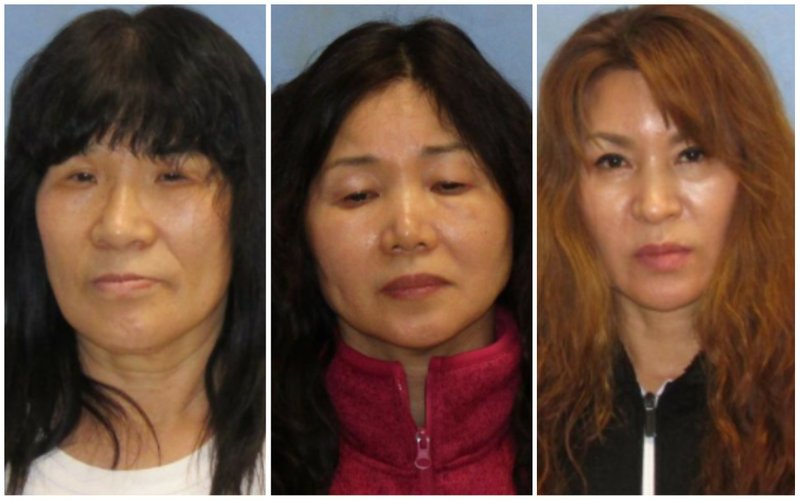 Three women were arrested in an undercover prostitution operation in Sherwood on Wednesday afternoon, police said.

All three women were arrested shortly before 2 p.m. at the Tokyo Oriental Spa in the 1100 block of East Kiehl Avenue, according to their arrest reports.

According to a statement from police, the business opened around October 2017 and was registered as a massage therapy service provider, but officials were unable to find a licensed therapist at the location.

The business' license has subsequently been revoked by the city and the property owner is taking further action to have the tenants evicted, police said.

The investigation is still ongoing.

Court appearances for all three women are scheduled for March 13.