Artwork taken by Nazis is showcased in Swiss museum 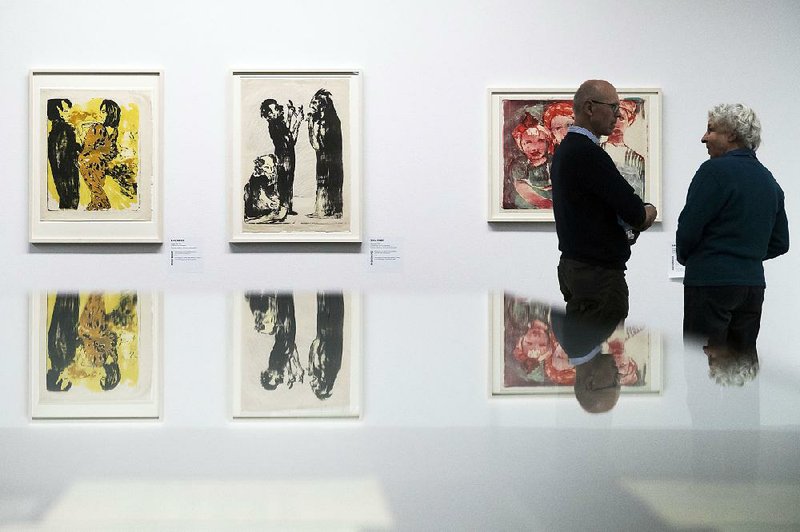 Visitors talk in front of Junges Paar (left) and Diskussion by Emil Nolde in an exhibit of what Nazis called “degenerate art” at the Kunstmuseum in Bern.

GENEVA -- A Swiss art museum showcases an exhibit of artwork deemed "degenerate art" by the Nazis, drawn from a collection of some 1,500 works found hidden in the homes of German collector Cornelius Gurlitt five years ago.

The Bern Kunstmuseum exhibit features over 200 modern art pieces confiscated in a Nazi crackdown in the late 1930s against so-called "degenerate art" -- deemed inferior because they were un-German, Jewish or Communist or, in the case of impressionist and other modernist works, didn't employ traditionally realistic forms.

But the Nazis were all too happy to sell such works to help fund their war machine.

The art on display in Bern includes Expressionist and Constructivist paintings by artists such as Otto Dix and Franz Marc.

It is part of parallel exhibits linked to the Gurlitt collection, which came to light in 2012. His father, Hildebrand, was a leading art dealer in the Third Reich.

The other exhibit is in Bonn, Germany, with a focus on art looted and stolen by the Nazis -- much from Jews. That show includes works from masters including Claude Monet and Albrecht Durer that were hidden from public view for decades.

Authorities stumbled onto Gurlitt's collection five years ago while investigating a tax case. Cornelius Gurlitt, who died in 2014, had tucked away more than 1,200 works in his Munich apartment and another 250 or so in Salzburg, Austria.

A will bequeathed the works to the Bern fine arts museum, but a German government-backed foundation has worked with it to ensure that any pieces looted from Jewish owners were returned to their heirs.

Experts initially identified more than 90 works that were likely looted by the Nazis, including pictures by Henri Toulouse-Lautrec, Henri Matisse, Edvard Munch and Rembrandt. Only four works -- including a painting by Camille Pisarro -- have been returned to the rightful heirs. 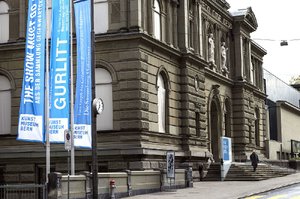 Photo by AP/ALESSANDRO DELLA VALLE
A collection of works hidden away by German collector Cornelius Gurlitt is finally on display for the public at the Kunstmuseum Bern.