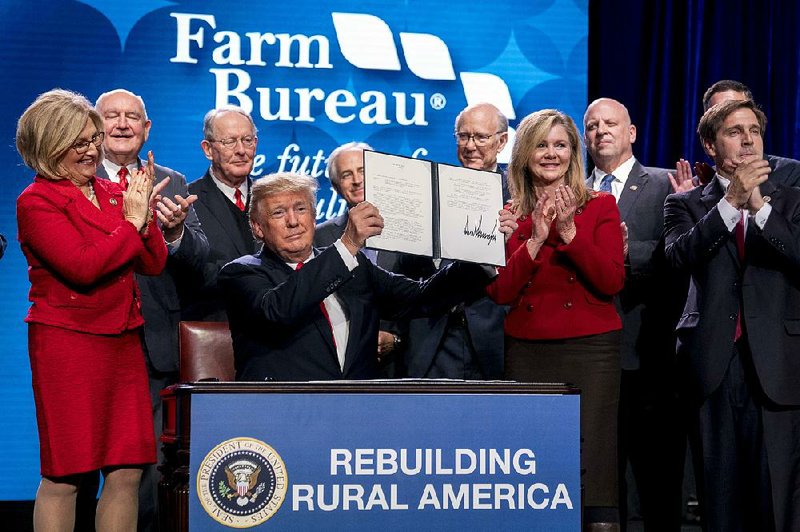 President Donald Trump has come to see that NAFTA has some benefits to the United States, particularly for farming, even as he stays firm in his demand for a new deal, Agriculture Secretary Sonny Perdue said Wednesday.

Trump "probably left the campaign trail literally believing that NAFTA had not been good for any sector of the economy," Perdue said at his office in Washington. But "I think that he has now come to realize that agriculture has been benefited by a NAFTA agreement."

Talks to revamp the North American Free Trade Agreement will continue in Canada this month, with the deal's fate unclear. Trump and House Speaker Paul Ryan each said last week that they'd rather renegotiate than walk away from the pact with Canada and Mexico altogether, although Trump reiterated his threat to pull out. Canadian officials said last week that they believe the odds are rising that Trump will give notice of a NAFTA withdrawal.

The president's more nuanced view on trade shouldn't be confused with a softer approach to the negotiations, Perdue said. Even still, the agriculture secretary's comments may offer some hope for agribusiness lobbyists and other NAFTA supporters who warn that scrapping the accord will bring painful economic costs.

Perdue, considered one of the more trade-friendly administration officials, said he is speaking at least weekly with U.S. Trade Representative Robert Lighthizer, who is the lead NAFTA negotiator, and other White House staff members.

At a conference Tuesday at the Arkansas branch of the World Trade Center in Rogers, Gov. Asa Hutchinson, representatives from the Arkansas Farm Bureau and officials from state-based companies Wal-Mart, Tyson Foods and Riceland urged the Trump administration to do no harm to the state's trading relationships with Mexico and Canada.

Arkansas exports to Canada and Mexico have increased more than 400 percent since the agreement took effect in 1994, according to the Arkansas World Trade Center. Canada and Mexico are the state's top agriculture markets, receiving 44 percent of state-grown agricultural products.

The NAFTA talks are progressing, and Canada in particular is learning not to underestimate the president, Perdue said.

"I think we've had some movement from the Mexicans," he said. "Canada, I think, has been more reticent in that regard but will come around as well. I think at one point they thought that the lobbyists and others would just overwhelm President Trump into thinking NAFTA was just great and we shouldn't do anything."

The U.S. list of demands for negotiating NAFTA includes a proposal for Canada to dismantle its dairy-sector system of quotas and tariffs, known as supply management.

Canada has "come to realize now that President Trump is very serious about free trade and fair trade," he said. "They're coming to the point where they know they're going to need to address some of these issues that are on the table."

Trump was on the verge of exiting NAFTA last year, but changed his mind after seeing a map that illustrated areas of the U.S. agriculture heartland that are reliant on the deal. Canada is America's largest export market for agricultural goods, while China is the second-largest and Mexico is third, according to U.S. Department of Agriculture data.