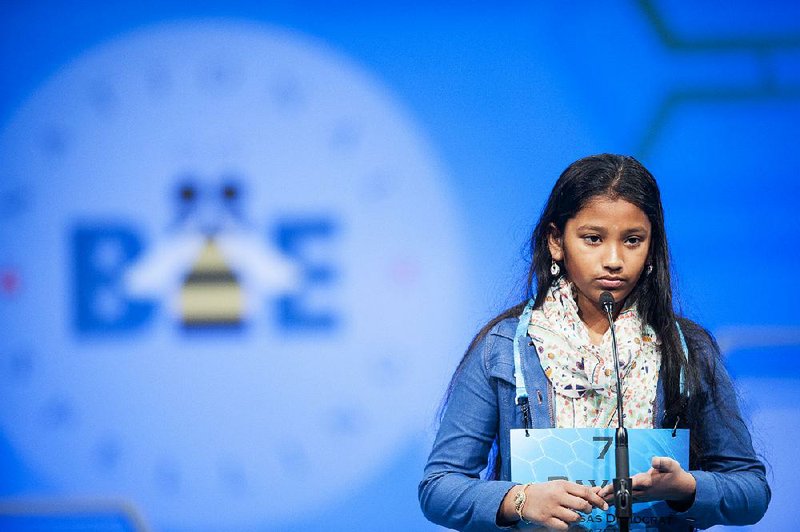 Special to the Arkansas Democrat-Gazette - 05-25-2016 - Pavani S. Chittemsetty, 10, participates in the 2016 Scripps National Spelling Bee on Wednesday, May 25, 2016 at the Gaylord National Resort and Convention Center in National Harbor, Md.

The winning word means to prepare for cooking by binding the wings or legs of a chicken or other bird to close its body.

The Northwest Arkansas Classical Academy student will compete in the state spelling bee in Conway on Mar. 10, the Democrat-Gazette reported.

Chittemsetty won the state event in 2016 as a fourth-grader and represented Arkansas at the Scripps National Spelling Bee, where she was eliminated after three rounds, according to the newspaper.