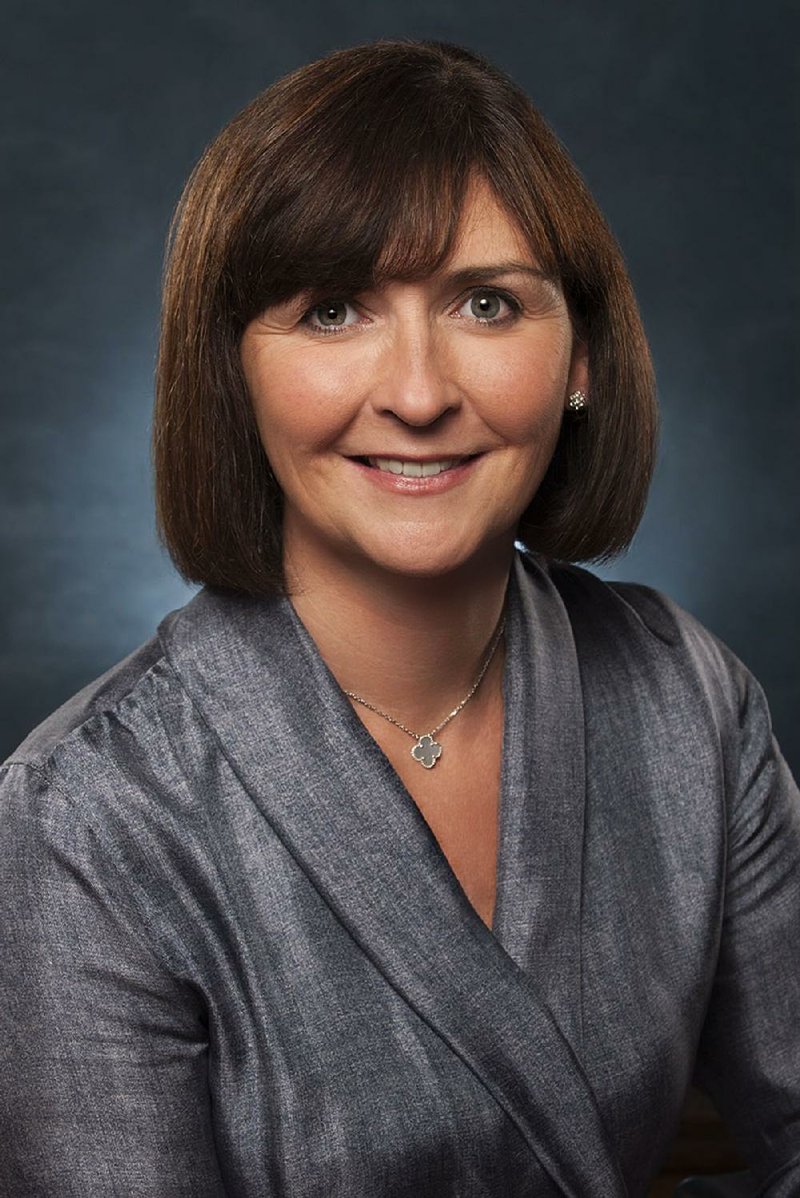 Her efforts have earned her a promotion to an international position.

Wal-Mart on Wednesday named McKenna chief executive officer of its international business effective Feb. 1, moving the 51-year-old into a job held by David Cheesewright the past four years. The move comes after Cheesewright, 55, informed the company he planned to leave the post on Jan. 31. He will remain as a full-time executive vice president through March 31.

Cheesewright will then work on "specific projects" for a "longer period of time," according to a news release.

"I've had the pleasure to work with Judith for many years and have seen first-hand her ability to lead strategic change, build relationships with our associates and strengthen our business," Wal-Mart Chief Executive Officer Doug McMillon said in a statement. "It has been inspiring to see her personal growth and the results she's driven over the years. Her integrity, high expectations and passion for the business and our associates will ensure our continued success in International."

McKenna's Wal-Mart career began in 1996 as chief operating officer and chief financial officer of Asda, the company's grocery chain in the United Kingdom. She also worked for the company as executive vice president of strategy and development for the international division, leading areas such as international strategy, real estate, and mergers and acquisitions.

A native of Great Britain, McKenna came to the U.S. in 2014 as Wal-Mart's chief development officer and was promoted to chief operating officer of the company's domestic stores a few months later. In her current role, she has worked with U.S. stores CEO Greg Foran on efforts to clean up the retailer's 4,700 domestic stores, improve efficiency across the business, and better train its workers.

Brian Yarbrough, a retail analyst for Edward Jones, said the efforts have paid off. Wal-Mart has reported same-store sales growth for 13 consecutive quarters and traffic increases in 12 straight quarters during a period when many retailers have struggled because of competition from Amazon.com and other Internet retailers.

"The U.S. operations are in much better position today, way ahead of where they were back in 2015," Yarbrough said. "They've done a great job."

Laura Kennedy, an analyst with Kantar Public Consulting, said it's clear that McKenna has been a key figure throughout an important, transitional period.

"She has performed really well in a really crucial time for Wal-Mart's store operations," Kennedy said. "This [promotion] will allow her to flex her muscles in some of those growth markets that David Cheesewright has talked a lot about and where Wal-Mart still sees a lot of potential."

McKenna will oversee a business unit that includes about 6,300 stores in the United Kingdom, China, Brazil, Mexico, Canada and elsewhere. Wal-Mart International reported net sales of $29.6 billion in the third quarter of the current fiscal year, roughly 25 percent of Wal-Mart's net sales.

Wal-Mart has enjoyed sales growth in China, Mexico and Canada, in particular, under Cheesewright's leadership. McMillon said Cheesewright built a reputation as a "insightful strategic thinker" and has been instrumental in strengthening the corporation's global business.

Kantar's Kennedy said that it was his impression that McKenna's not going in to rescue a dying business.

"I think she is going into what is sort of on the upswing internationally that provides a lot of opportunities to grow. She'll get a lot of experience and background in a lot of hot areas."

Wal-Mart said McKenna, who will earn a base salary of $1.04 million in her new role, was not available for comment. In a statement, McKenna said she couldn't think of a "more exciting time" to be part of the business.

The top international position has been part of the path to an even bigger job in recent years.

Both McMillon and his predecessor, Mike Duke, were in charge of the company's international business before becoming CEO of Wal-Mart.

"She's in the limelight," Yarbrough said. "If she goes over there, does a good job and performs, then I definitely think it puts her in the running."

Job-recruiting firm gears up to 'triage' if Wal-Mart pares