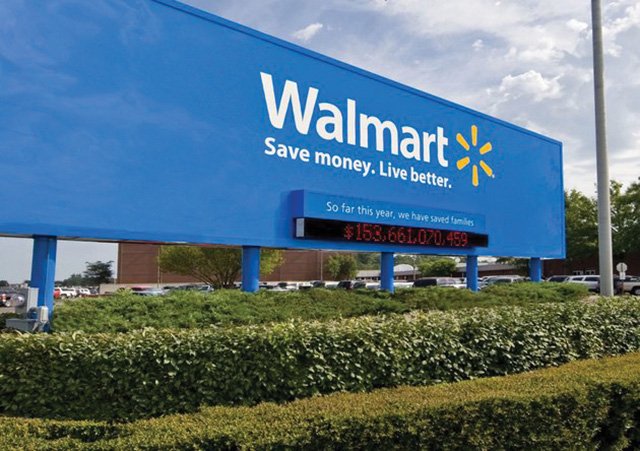 The staff at recruiting firm Cameron Smith & Associates has implemented a "sundown rule" as it anticipates corporate job cuts at Wal-Mart Stores Inc.

Cameron Smith, founder of the Northwest Arkansas firm that specializes in working with Wal-Mart suppliers, said it means the Bentonville company is prepared for a wave of phone calls, emails and messages from Wal-Mart corporate workers looking for new jobs. His staff plans to respond quickly.

"Anyone who reaches out to us ... we will respond that day," Smith said.

Officials, businesses and others throughout the region are bracing for another large round of job cuts at Wal-Mart's company headquarters after a Wall Street Journal report late last week said the company plans to eliminate more than 1,000 corporate jobs -- most of them based in Bentonville -- by the end of the retailer's fiscal year on Jan. 31. Wal-Mart will not confirm plans to fire workers but repeated a statement last week that it has been "looking at our structure for some time as we explore ways to operate more effectively."

More cuts would mark the second-straight year for a large round of corporate-level layoffs in January. In 2017, the company eliminated about 1,000 corporate positions -- including 511 at its headquarters in Bentonville, according to a Worker Adjustment and Retraining Notification Act filing -- before Jan. 31. Wal-Mart trimmed a few hundred more workers in April, and another round of cuts were made in the corporate ranks a few months later.

The report anticipating job cuts isn't the only major Wal-Mart news this month. On Jan. 11, the company said it will close 63 Sam's Clubs across the country -- with as many as 12 of them being converted to e-commerce warehouses. The decision is expected to affect about 10,000 workers, according to worker-adjustment filings around the country.

Wal-Mart is trimming 3,500 co-manager positions in stores as well, according to a source, as it evaluates its management structure. Some of those co-managers will have opportunities to apply for other positions, including 1,700 lower-paying assistant store manager roles that are being created.

Bentonville Mayor Bob McCaslin expressed empathy for any workers who lose their jobs this month. But he doesn't anticipate such job cuts having a significant effect on the city, saying Wal-Mart has made a commitment to "periodic course corrections" that have helped keep it profitable over the years.

"This is my 22nd year to live in Bentonville, my 12th year as mayor, and I have yet to see an economic impact that could be directly correlated to a layoff in my entire time here," McCaslin said. "I like that history is usually the best predictor of the future. On most of these announcements, many people often find other employment opportunities within the corporation. ... I remain optimistic."

Wal-Mart has been investing heavily the past few years in technology, e-commerce and lowering prices in efforts to compete with Amazon.com and other online retailers. But the investments -- which have included the $3.3 billion acquisition of Jet.com and other online retailers -- have weighed on the company's profits, and the retailer has consistently taken steps to free up money.

"A lot of your growth is coming from a business -- e-commerce -- that's not profitable," said Edward Jones retail analyst Brian Yarbrough. "So you've got to find ways to cut costs."

Paula Henry is hopeful a large staff reduction at the company's headquarters won't have a significant impact on her business. Henry and her husband opened their restaurant, Crepes Paulette, off Eighth Street in Bentonville about a year ago primarily because of its proximity to Wal-Mart's home office.

Business has slowed recently because of construction that has closed much of Southwest Eighth Street to traffic, according to Henry. She's keeping her fingers crossed that Wal-Mart job cuts won't harm patronage.

"We were seeing our business grow a lot until Southwest Eighth Street shut down," Henry said. "So I don't know how we're going to be able to differentiate between the two. We're starting to grow back now, so let's hope that this doesn't take the feet out from under us again."

Mervin Jebaraj, director of the Center for Business and Economic Research at the University of Arkansas' Walton College of Business, said the changes being made within the company as it continues to adopt technology and grow its online business have led to the elimination of jobs. But he believes Northwest Arkansas remains strong enough to absorb another round of cuts at Wal-Mart because of the region's tight labor market.

The area is among the fastest growing in the country, largely because of Wal-Mart and fellow Fortune 500 companies Tyson Foods Inc. and J.B. Hunt Transport Services Inc.

November's preliminary unemployment rate for the region was 2.5 percent, according to data from the U.S. Bureau of Labor Statistics. The size of the region's labor force -- 269,028 -- was about 3.6 percent larger than in November 2016.

Heather Graves, community director at The Pointe apartment complex in Bentonville, would expect to lose some residents if Wal-Mart cuts its corporate staff this month. But she doesn't anticipate a large number of vacancies. The complex is currently at 97 percent occupancy.

"Even if we do have a few people move out, we still have a little bit of a cushion," Graves said. "And Wal-Mart is still hiring people. We still see offer letters and new hires every day."

Sumer Brandon, broker and owner of The Brandon Group, believes the real estate market is "very healthy," saying her firm logged roughly 30 percent more sales in the past quarter than in the previous three combined.

Brandon said there has been a surprising increase in home and commercial real estate sales, and that all new construction is typically under contract within seven days. There's typically a ripple effect every time Wal-Mart conducts a round of corporate job cuts, but Brandon said it really hasn't affected the real estate industry in a negative way.

"We're seeing more and more entrepreneurs," Brandon said. "When they do come out of the Wal-Mart world, people just head up something new and fresh. Seeing the stability of the market kind of removes that element of fear. If I get laid off there's always another opportunity."

Cameron Smith said there hasn't been much activity from Wal-Mart workers in anticipation of job cuts the past few days except for a growing number of invitations to connect on LinkedIn.

Wal-Mart typically arranges for an out-of-state outplacement firm to help displaced workers, but Smith said his team will work with former employees on resumes that fit the market and counsel them on how their experience can transfer to other area companies. If Wal-Mart does cut 1,000 employees at one time, it would turn Smith's office into a "corporate triage." But he said the firm is prepared.

"Our golden rule: Think about how you would like to be treated if you were the individual being laid off," Smith said. "Above all else, treat everyone involved with respect and dignity. Most employees feel overwhelmed and unsure of what their next step will be. Our team helps mitigate those fears by helping them figure out their next move."