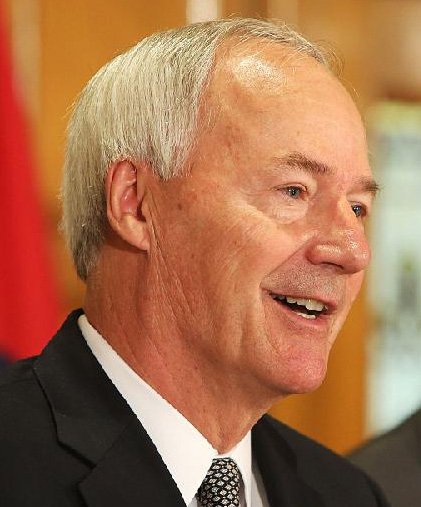 Arkansas now has the nation's strictest rules on the use of the herbicide dicamba after lawmakers on Friday allowed a state Plant Board's proposal to proceed without comment.

With the Arkansas Legislative Council declining to stop the measure, in-crop use of dicamba will be prohibited between April 16 and Oct. 31.

Any spraying of dicamba between those dates will be considered an egregious violation of Arkansas pesticide law and be subject to fines of up to $25,000 approved last year by lawmakers, Plant Board officials have said.

The council, which conducts the General Assembly's business when it is not in session, could have stopped the measure Friday only if a majority of its members believed that it was inconsistent with legislative intent or federal or state law.

Five months passed between the cutoff date's proposal and its passage, partly because Arkansas law requires such a rules change be open to public comment for 30 days, be discussed at a public hearing and then be reviewed by lawmakers.

While playing host to U.S. Agriculture Secretary Sonny Perdue during a luncheon Friday at the Governor's Mansion, Gov. Asa Hutchinson noted the lengthy process that led to the cutoff date. "Once you go through that process, it's hard to second-guess it," Hutchinson said.

Perdue said state officials acted appropriately after much study. "I understand the great help crop protection can be, but also it, unfortunately, can do harm," Perdue said. "While it may seem difficult to some people who thought they were using the chemical in a proper way, I know the volatilization capacity is there, and you have to be very mindful of that."

The cutoff date is a blow to Monsanto, BASF and DuPont, which manufacture new formulations of dicamba, and to farmers who want to plant dicamba-tolerant cotton and soybeans genetically engineered by Monsanto to fight pigweed and other "super" weeds now resistant to other herbicides. Monsanto has sued the Plant Board in Pulaski County Circuit Court for actions in 2016 and 2017 that kept its dicamba, called Xtendimax with VaporGrip, out of the Arkansas market.

Some farmers delayed their decisions on what to plant this spring because of the uncertainty. Absent a court decision against the Plant Board, farmers' options now are somewhat clearer, Marty Eaton, a Plant Board member and general manager of Cache River Valley Seed near Jonesboro, said Friday.

"A lot of farmers hadn't decided what to plant," Eaton said, and some "double-booked" by ordering seeds dicamba-tolerant and seeds that are not.

"A lot now will depend on what your neighbor does," Eaton said.

Franklin Fogleman, a farmer in Marion and critic of the Plant Board, said Thursday that he will plant dicamba-tolerant soybeans, just as he did last season, but this time it will be out of self-defense.

"You can be in Arkansas and then, across a turnrow, be in Tennessee because the course of the river has changed over the years, but state lines haven't," Fogleman said.

The new dicamba formulations were meant to be used in-crop, or during the height of the growing season. Previous versions of dicamba -- a herbicide dating to the 1960s -- were limited to post-harvest "burndown" or to pre-planting because of its tendency to move off target.

But other farmers and weed scientists say even the new formulations of dicamba are subject to physical drift or to lifting off sprayed plants as a vapor many hours after application and moving to other cotton and soybeans, fruit, vegetables, backyard gardens and ornamental shrubs and trees not dicamba-tolerant.

The manufacturers say applicator error caused most of the problems.

"This is a sad day for Arkansas growers," said Scott Partridge, a Monsanto vice president. "Once again these farmers will be placed at a disadvantage compared to the soybean and cotton growers in 33 other states."

The Plant Board received nearly 1,000 complaints last summer of such damage, prompting a vote in midsummer to halt all sales and use of the herbicide. Only BASF's Engenia dicamba was allowed in Arkansas at the time.

Fogleman said he had no problems spraying dicamba last year, had good yields and likely will have to hire "cotton choppers" to clear out pigweed this summer. F̶o̶g̶l̶e̶m̶a̶n̶ ̶i̶s̶ ̶a̶m̶o̶n̶g̶ ̶a̶ A half-dozen Arkansas farmers w̶h̶o̶ also have a lawsuit in Pulaski County against the Plant Board.*

The "self-defense" reasoning has been used by farmers who prefer to plant other varieties of soybeans and cotton but say they're being forced, or could be forced, into planting the dicamba-tolerant seeds because their neighbors are. Growers of sweet potatoes, watermelons, peaches, peanuts and other crops say their livelihoods shouldn't be threatened by dicamba.

Some 2,400 dicamba complaints were lodged this summer in two dozen states, but the Arkansas count of 997 was the most by far. Arkansas' cutoff date is the most stringent response to the problem although Missouri, North Dakota and Minnesota have passed restrictions based on air temperatures, a calendar date, or both.

Tom Burnham, a Blytheville farmer, said he will plant his usual rotation -- non-dicamba Liberty Link and Roundup soybeans -- even though some of those fields stretch into Missouri, where dicamba is legal. "I'll do that because with the federal label, there's no way to apply it unless you're going to falsify your records," he said.

Amid all the complaints, the federal Environmental Protection Agency late last fall put a restricted-use permit on the new dicamba formulations, which means all farmers and applicators must be licensed, registered and trained to spray the chemical. Detailed records also must be kept.

"The growing number of states stepping up to limit dicamba reflects the woeful inadequacy of federal pesticide regulations," said Nathan Donley, a scientist at the Center for Biological Diversity. "An expanding body of independent research and the facts of the ground leave no doubt that this drift-prone poison should've never been approved in the first place and that the EPA should refuse to extend that approval when the time comes in 2018." 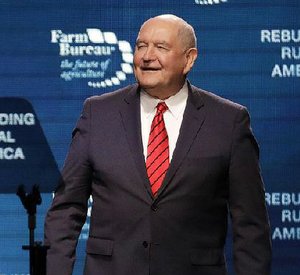 *CORRECTION: Franklin Fogleman of Marion is not among the six east Arkansas farmers who filed a lawsuit against the state Plant Board. A previous version of this article incorrectly identified Fogleman as a plaintiff