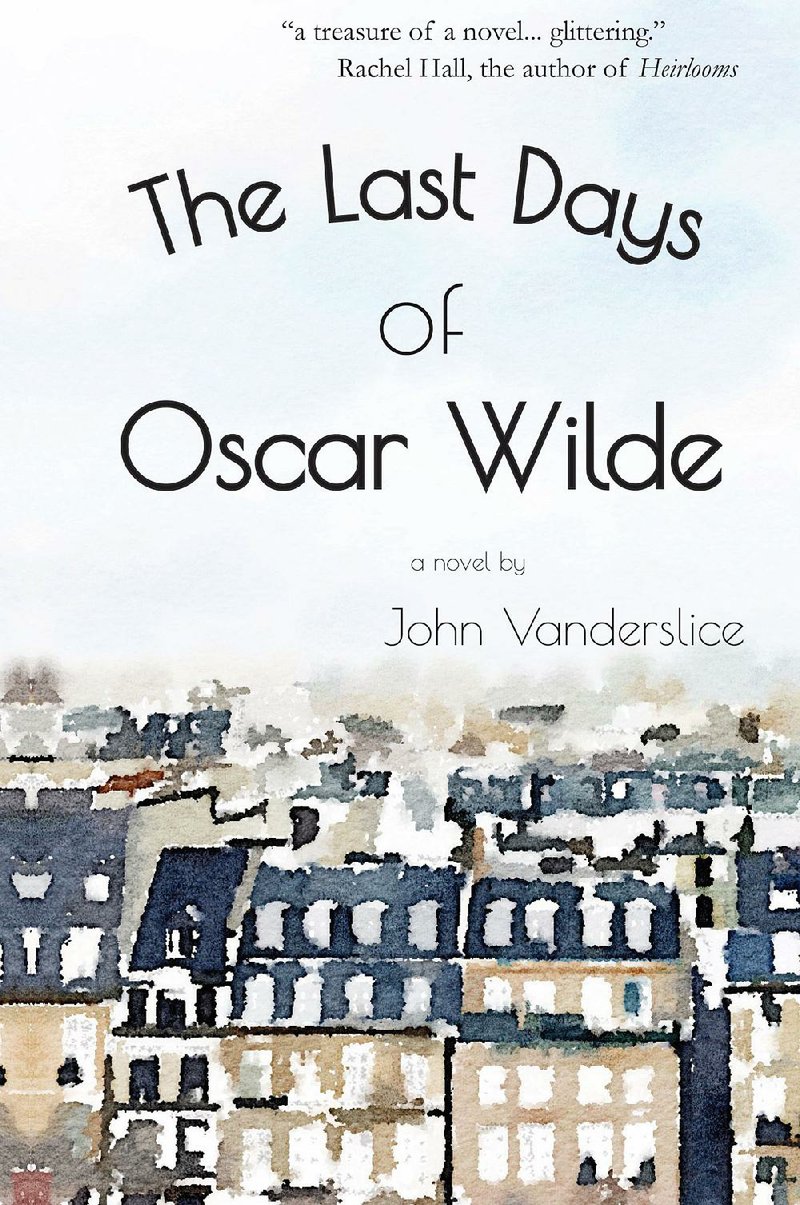 Writing a certain kind of historical fiction -- the sort that uses known facts as parameters rather than leaping-off points -- might be like covering a song. You know the tune, what notes must be hit in what order, but there's still plenty of room for interpretation and the breaking-in of the artist's imagination.

For instance we know, or believe we know, a few facts about Oscar Wilde, the Irish poet and playwright. Such as the fact that in 1891, at the height of his career, 36-year-old Wilde embarked on an affair with a 20-year-old named Lord Alfred Douglas, nicknamed Bosie.

Wilde was married with two sons; Douglas was profligate and reckless, and expected Wilde to both cover his gambling losses and tolerate affairs. The relationship was volatile; the two men often argued and more than once broke up, but it seemed Wilde simply could not quit Bosie.

They weren't exactly discreet either; in 1894, satirist Robert Hichens, who knew Wilde and Douglas, anonymously published The Green Carnation, a novel that described their affair while barely disguising Wilde (as Esme Amarinth) and Douglas (Lord Reginald Hastings). Much of the dialogue Hichens used was composed of things Wilde and Douglas did and said.

On Feb. 18, 1895, Douglas' father, a thoroughly incensed Marquis of Queensberry, left a calling card at Wilde's home addressed to Oscar Wilde: Posing Somdomite. (Anticipating today's social media conventions, the marquis misspelled "sodomite.") Wilde was so angry at the note that he decided to sue for libel -- despite his gayness being an open secret. This decision ruined his life.

Personal animus and politics may have played a role in Wilde's destruction. Queensberry's defense lawyer was Edward Carson, an old classmate of Wilde's at Dublin's Trinity College who often came in second behind Wilde in literary contests. Additionally, Carson was a fervent Unionist who would go on to lead the Irish Unionist Alliance and Ulster Unionist Party and is considered by many to have been the architect of Northern Ireland while Wilde supported Irish independence.

In any event, Carson and Queensberry spent vast sums hiring private investigators who made detailed reports on Wilde's bohemian lifestyle. And when Carson announced in his opening statement at trial that he intended to call a number of male prostitutes to testify about having sex with Wilde, the writer abandoned his suit. When the court ordered him to pay Queensberry's huge legal fees, he was bankrupt.

Then the Crown stepped in, prosecuting Wilde for gross indecency based on the evidence Carson uncovered. In court, The Green Carnation and Wilde's own writings (including his love letters to Douglas) were also presented. Wilde was convicted on May 25, 1895, and sentenced to two years in prison.

When he got out in 1897, flat broke and emotionally broken, Wilde went into exile in Paris, flopping in friends' apartments and cheap hotels. He wrote almost nothing, his only notable piece being 1898's poem "The Ballad of Reading Gaol."

In his tender and eloquent The Last Days of Oscar Wilde (Burlesque Press, $15.99), John Vanderslice, who teaches writing in the master of fine arts program at the University of Central Arkansas in Conway, sets up his credible account of Wilde's last months in Paris with a brief preface involving a young lawyer from Hot Springs named Armstrong who, in Paris for the first time in October 1899, is sunning himself in a sidewalk cafe when a shabby Englishman offers him a light for his cigar. Fascinated by his sophisticated accent and tender manners, Armstrong engages his charming guest in conversation over a bottle of wine, then buys him a meal.

At this point, another cafe patron can no longer contain himself. He strides purposefully to the table and flips a card in the Arkansan's lap: "This man is Oscar Wilde."

There's no need to say anything. Armstrong recognizes a battered version of Wilde in the tramp, and Wilde gets up and leaves, saying, "I remove the embarrassment."

Vanderslice imagines a Wilde with a few more or less loyal friends, among them the historical figures Robert Ross, an ex-lover who would eventually pay for the poet's funeral; Frank Harris, the Irish writer and Wilde biographer; Maurice Gilbert, who photographed Wilde on his deathbed; writer Reggie Turner; and the fickle, erratic and cruel Bosie, who seems not to grasp the depths of his lover/mentor's fall from grace.

This is a talky, thoughtful book, surprising insofar as its portrait of Wilde is not of a flamboyant creature given to aphoristic exclamations and barbed quips but of a sensitive and serious artist starving from a lack of meaningful human contact. This is a man wounded by human hypocrisy and deeply fascinated -- maybe in love with -- his own mortality.