Arkansan fires back at fellow contestant, earns group date rose to advance on ABC's 'The Bachelor' 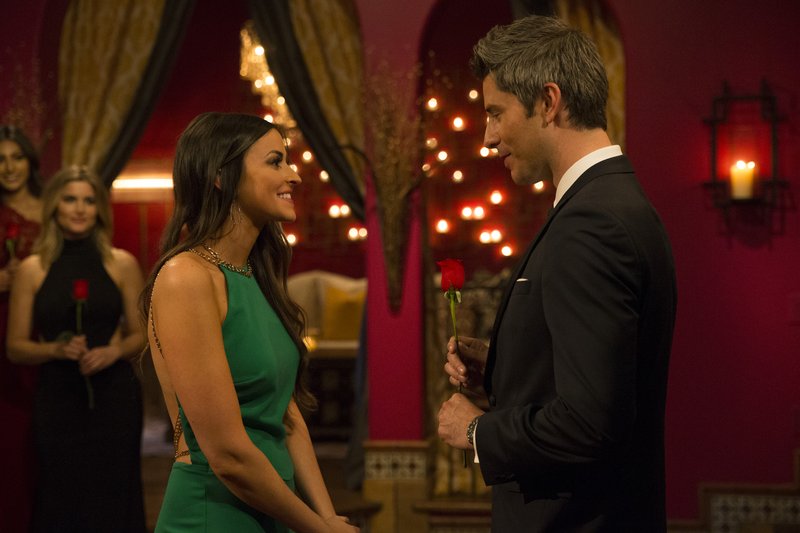 FILE PHOTO: Tia Booth talks with Arie Luyendyk in this photo from the premiere of last season's "The Bachelor."

The Arkansan trying to find love on ABC's The Bachelor advanced to another week of the competition Monday night — but not without a dose of drama.

Tia Booth, a 26-year-old physical therapist from Weiner, was awarded the coveted group date rose after a hiking trip at Lake Tahoe, where some contestants ate bugs and drank their own urine to get eligible bachelor Arie Luydendyk Jr.'s attention.

But Luyendyk said it was Booth's vulnerability later in the night that earned her the rose.

Booth found herself feuding with fellow bachelorette Krystal Nielson, a 29-year-old fitness coach from Montana. Nielson said her feelings were hurt when Booth and another contestant, Caroline Lunny, were making faces as Neilson cuddled with Luyendyk in a hot tub earlier that day.

"Really, dude?" Booth fired back. "When people are doing better than you, you [expletive] break down."

The Poinsett County native's toughness dissolved as she tearfully sought out Luyendyk for a hug later.

"He's just a good dude. That's why I'm falling for him," Booth confessed to the camera.

Luyendyk was a runner-up on The Bachelorette in 2012. The show airs Mondays at 7 p.m. on ABC.

“When her mouth opens my face goes...” #TheBachelor pic.twitter.com/CAFccamz2G