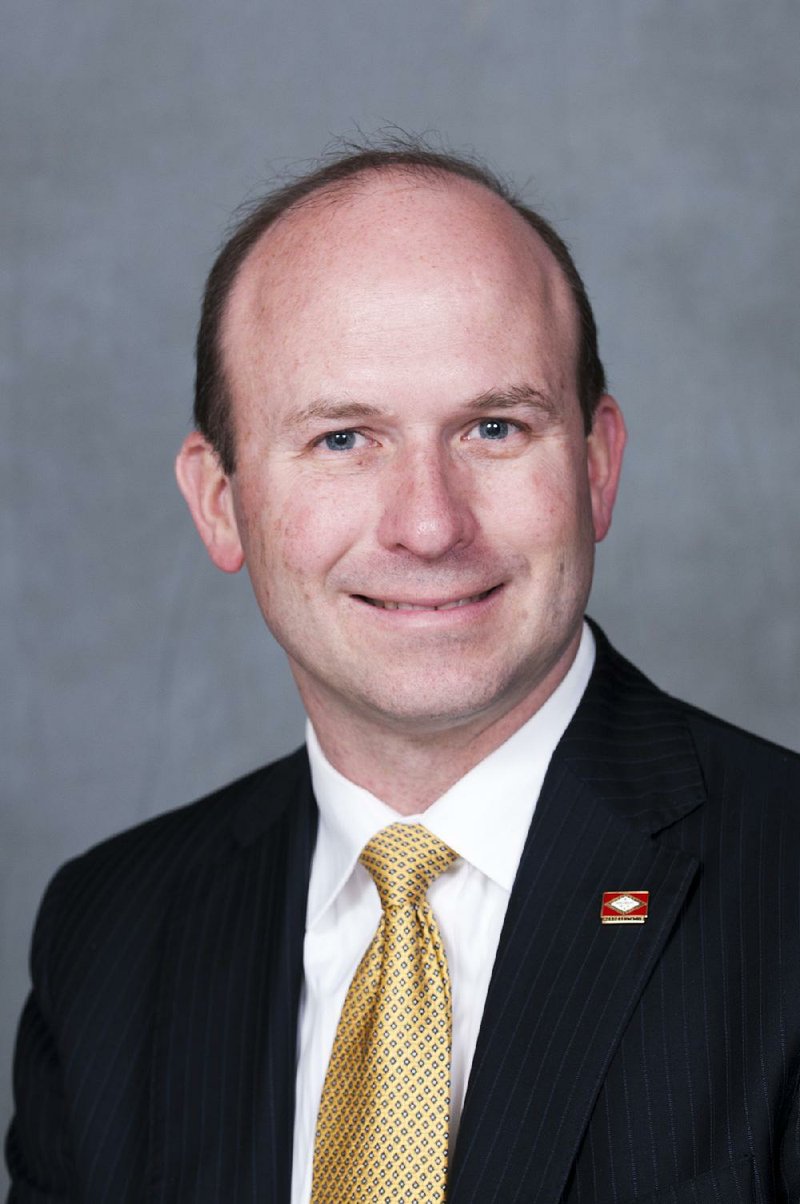 Forrmer Rep. Micah Neal is shown in this photo.

FAYETTEVILLE -- Former state Rep. Micah Neal, who pleaded guilty to accepting kickbacks, will testify in a hearing today in the case of his accused co-conspirators, according to a passage in a court order Wednesday.

Neal's attorney, Shane Wilkinson of Bentonville, confirmed that Neal has been subpoenaed for today's hearing.

"I will not object to his testimony because he has nothing to hide," Wilkinson said in an email.

The U.S. Department of Justice alleges that Neal and former state Sen. Jon Woods, both of Springdale, took kickbacks in return for steering $550,000 in state grants to Ecclesia College in Springdale.

The kickbacks, according to the government's indictment, were passed through a consulting firm owned by Randell Shelton Jr., a mutual friend of Woods and Ecclesia President Oren Paris III. Woods, Shelton and Paris face trial April 9.

Neal and Woods also accepted kickbacks in return for directing $400,000 in grants to a Bentonville nonprofit organization called AmeriWorks, according to the government's case.

Neal, a Republican, pleaded guilty Jan. 4, 2017, to one count of conspiracy to commit fraud, admitting that he took two kickbacks totaling $38,000 in exchange for directing the grants. He has not been sentenced.

The main focus of today's hearing will be on the further consequences, if any, of 79 audio recordings made by Neal but not disclosed to the defense until Nov. 15, shortly before Woods' trial was originally set to begin. The focus of the hearing was confirmed in a court order issued Wednesday by U.S. District Judge Timothy Brooks. Brooks ruled on motions by both the defense and the government.

After learning of the additional recordings, further investigation discovered that the memory of a laptop used in the investigation and which had previously held copies of the audio files had been erased, court records show. The consequences of that Dec. 7 erasure are also a subject of today's hearing, according to the court's order.

FBI Special Agent Robert Cessario took the laptop home for unauthorized personal use and then wiped the machine's memory before returning it, according to court records. The letter describing those events was subject to a protective order and should have been sealed, Brooks has ruled. The matter of the letter's release is another subject of today's proceedings, according to court documents.

Shelton's attorneys have requested that government officials testify whether they pressured either Neal or Woods to drop their election bids before charges against them were filed.

Neal was running for county judge of Washington County in 2016. He dropped out of the race before his guilty plea. Woods had announced a re-election bid to the state Senate the same year before dropping out just before the deadline for candidate filing.

There is no need to subpoena government officials since defense attorneys can ask Neal at the hearing, Brooks ruled. Referring to Cessario, who is also named as a witness in the order, the court "will permit Mr. Shelton's counsel to ask at least a few questions of Mr. Cessario and Mr. Neal regarding whether any government agent pressured Mr. Neal or Mr. Woods not to run for election to public office," Wednesday's order said.

Many of the records in the case are sealed, including a list of witnesses subpoenaed to appear in today's hearing. Open documents such as Wednesday's court order are the only indicators of who will appear in court proceedings before those proceedings take place.

Other witnesses mentioned in the court's order are: FBI Supervisory Special Agent Brenan Despain, who is an FBI custodian of records, and Charles Kerr, a contract employee of the U.S. attorney's office.

The case involves grants from the state General Improvement Fund, which was controlled by legislators at the time of the alleged kickbacks. The fund consists of state tax money left unallocated at the end of each fiscal year and interest earned on state deposits. Each legislator was given a share of the fund to be directed to a nonprofit group or government entity. The state Supreme Court declared this method of distribution unconstitutional in a ruling Oct. 5.

The indictment does not give a total figure of what Woods is accused of receiving in kickbacks because it says portions of it were paid in cash.

The three defendants face up to 20 years in prison on the fraud and conspiracy charges, if convicted. Woods faces an additional 10 years on the money-laundering charge, if convicted.

All three may also be ordered to forfeit any money or property obtained through their actions, if they are found guilty.

AmeriWorks was incorporated by Milton "Rusty" Cranford of Rogers, a lobbyist. He also held a executive position with Alternative Opportunities, which provided behavioral and substance abuse treatment. Staff members at Decision Point, a subsidiary of Alternative Opportunities, helped file the grant involved in the kickback allegation, according to state records and court documents.

Print Headline: Ex-lawmaker to testify in case of former senator accused of getting kickbacks