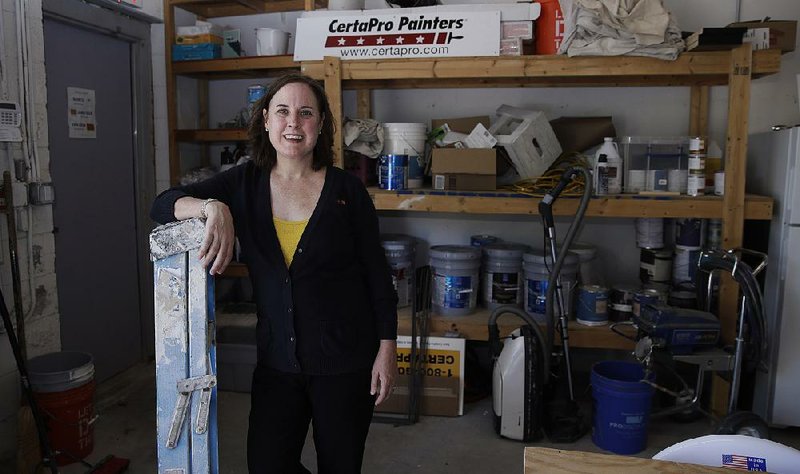 Paige NeJame, who along with her husband, owns a CertaPro painting franchise in Rockland, Mass., says there a difference between picky customers and intolerable ones.

NEW YORK -- It's not me, it's you: Though it can be painful, sometimes, a business owner needs to break up with a customer.

"The payments became a week late, two weeks, a month late, and then the final month it never came," says Gildner, co-founder of Discosloth, a marketing company in Little Rock. "We decided, you're not even invested in this project. We have to cut this off."

Letting go of customers is something most small-business owners do at some point. Sometimes the survival of the business could be at stake, or it may be a client who cannot be satisfied and becomes an emotional drain on everyone. Even if it's a big account, it may not be worth the risk of unhappy employees quitting.

Gildner found a silver lining: "Within the first month, we found that jettisoning the client gave us enough bandwidth to pick up new clients who ended up giving us even more revenue."

Steve Cooper, co-founder of Excella, an information technology firm in Arlington, Va., recalls a project in which he couldn't speak with a customer's top executives, only with lower-level managers. Cooper's staff members did the work only to be repeatedly told to redo it.

"Eventually, we recognized that our employees' satisfaction and well-being were more important to us in the long term than investing in this futile relationship," Cooper says.

It can be especially hard to drop a big corporation. But Nancy Cramer found that big companies dictated payment terms that didn't work for her, and she felt she wasn't treated with respect. Cramer, a leadership consultant in Dallas, was told, "If you want to play with the big boys, you have to wait in line."

After working with the client for 15 months, Cramer gave up, saying, "Some customers are not worth having."

Lawyers may not be able to end client relationships. If they're in the midst of litigation, they must ask for court permission to withdraw, and a judge may say no. But when the attorney-client relationship is about routine business matters like reviewing contracts, there's more leeway.

Bob Horst, an attorney with Timoney Knox in Fort Washington, Pa., has stopped working with business clients when they "want to achieve something that's unreasonable or highly impractical." Or when they fall behind in payments.

"No one likes to see a promising relationship end, but it's a hard reality," Horst says.

The breakup itself should be handled diplomatically and without rancor, owners say.

"I typically make an excuse, such as, we aren't able to handle that project at this time, or we raise our prices," says Veronica Kirin, who owned a Grand Rapids, Mich., website design company until earlier this year. "You don't want to burn a bridge, and you don't want to hurt your company's name."

Usually the problem is an impossible-to-please customer, but Kirin also stopped working with clients who made inappropriate comments about a new female staff member.

"I'm protective of my team, and don't want to work with someone whose first reaction is about the looks of one of my employees," says Kirin, who now has a business coaching and speaking company.

Complaints from a customer don't have to mean ending a relationship. They can be valuable feedback, says Paige NeJame, who has a CertaPro painting franchise.

"A picky customer often points out our weaknesses to us in a way from which we can grow and get better. There is a big difference between 'picky' and 'intolerable,'" says NeJame, whose company serves the Boston area.

But NeJame recalls one customer who complained after his house was pressure-washed to prepare for a painting, and a ladder flattened a small part of his lawn -- unavoidable and not permanently damaging. NeJame told the homeowner, "We don't think we can make you happy. You don't have to pay, and we'll find you another contractor."

Owners who want to drop some clients also worry about negative reviews online. Greg Shepard, who owns Dallas Maids, a cleaning service, begins by saying, "I really want to keep you as a customer," and outlines what he and the person need to do to keep working together. But he isn't sorry when an unhappy customer chooses to move on.

Shepard recalls a time when a staff member was in a car accident en route to a job, and her replacement couldn't arrive until three hours later. The angry homeowner demanded that Shepard promise it would never happen again.

"We're going to make every effort, but if something out of our control happens, we can't do that," he told the customer. She decided to find another cleaning service.

At Greenpal, which matches homeowners with lawn care companies, co-founder Zach Hendrix has learned that not all customers are a good fit and that a small percentage of unhappy customers can monopolize staff members' time.

An impossible-to-please customer can be referred to a business that will make them happy.

"We keep a private Rolodex in the 30 cities where we operate," Hendrix says.

It's hard for Jonathan Marsh, who's in the business of caring for people, to break up with customers. But Marsh, who owns a Home Helpers senior care franchise in Bradenton, Fla., has stopped working with clients who didn't pay or were abusive to his employees.

"The job satisfaction of my staff is very important. Without great caregivers, who are hard to come by, it is difficult to provide only the best care for our clients," he says.