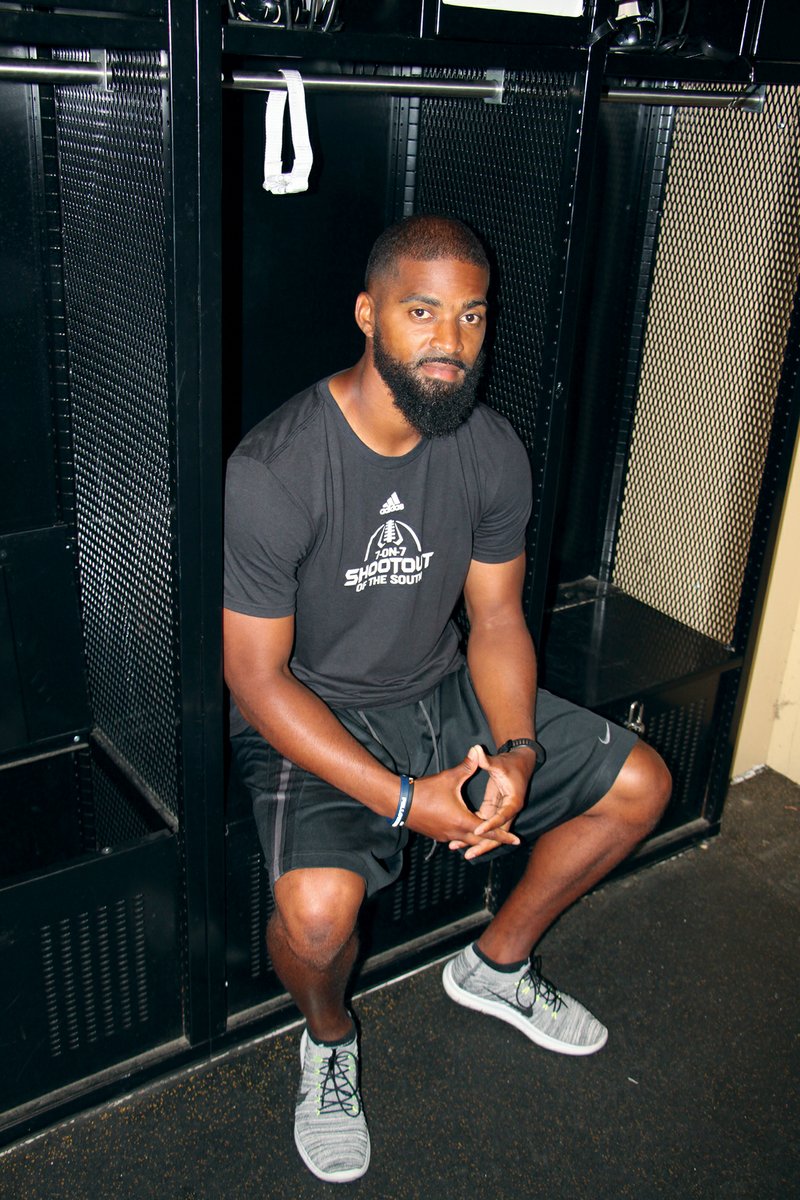 After graduating from college, Darrell Burnett spent about nine months working as a correctional officer for the Tucker Maximum Security Unit. It was there where he learned the importance of developing relationships.

“I was surrounded by grown men, some of whom have committed violent crimes,” Burnett said. “If you aren’t careful, they will run you over.

“But if you can develop relationships with them, let them know you care, they will respect you.”

Although he only worked there for a short time, Burnett has carried that life lesson to his coaching career.

“The biggest thing when you are trying to build a program is trust,” Burnett said. “The players are going to have to trust the players, the coaches have to trust the coaches, and if you get it like that, you have a good stable of accountability and run the program the way you want — it just takes time.”

Burnett said he can’t demand perfection until he gets to know the person under the helmet.

“We want them to know we have their best interests at heart,” Burnett said, “and that’s when you can coach them the way you want.”

“Coach Burnett is going to be a great addition to our Trojan family,” Hot Springs Superintendent Stephanie Nehus said. “His passion, enthusiasm and confidence will lead our Trojan football program to the next level.”

Burnett graduated from England High School in 2003. He played football at Henderson State University in Arkadelphia from 2003 to 2007 and earned a bachelor’s degree in sports and community management.

“It taught me to compete every day,” he said. “If you don’t compete, you are going to get fired because somebody is behind you, ready to take your spot.

“My coach was hard on me, but he also cared, and you knew that, and you respected that.”

Burnett said he sees a lot of himself in the kids at Hot Springs High School.

“And that’s not a color thing,” Burnett said. “That’s their makeup — their home situation and background.

“[I took this job] because it would be a great spot to not only change lives, but to develop a program, and the challenge of that is probably the most intriguing part because it is not going to be easy.”

Burnett was raised by his grandmother Sophia Woods.

“She also raised my sister and my cousin. We were raised by a strong woman,” he said.

“We lived in a small Delta town (England), so you either farmed, played sports or you turned to the streets — so you didn’t have many options,” Burnett said. “I look at my backfield my senior year, and I am the only one who is fortunate enough to have never done time.

He said he believes Hot Springs is in a similar position.

“That’s what we’ve got to change here — get some positivity going around the football program,” Burnett said.

“So when the community gets involved, parents get involved, and churches get involved. People get a little more excited,” he said. “We start raising young men and not just football players.”

Hot Springs finished 1-9 last year, so Burnett said the program can only go up.

“We are going to have to rebuild the kids, the coaches, the foundation, the mentality,” Burnett said. “We need to rebuild the financial budget so we can get these kids what they need.

“Every kid wants to look their best, so if we can put these kids in nice gear, what kid doesn’t want to do that?”

Burnett said it is not going to be an overnight fix for Hot Springs.

“The only feeling I have right now is work,” he said. “We are going to have to work. You look around right now, [and it’s] something as simple as putting in locker rooms or offices and taking pride in these facilities.”

Burnett said the district is in talks about building an indoor facility, but “it is going to be hard for people to build something new if we don’t take care of what we have now.”

He said it is going to take about two years to truly get the ball rolling, to get some excitement going and increase participation.

Burnett said it is just going to take time and trust.

“It is going to be a process,” he said. “You have to put your pride to the side and feed the program to the kids, the parents and the community. …

“… There has been so much negativity. When you are losing, nothing is positive. We’ve got to bring some positive energy and some new life.”

Burnett has served as the assistant head football coach and defensive coordinator for the Bryant School District for the past two seasons.

“He’s a great football coach,” said Buck James, Bryant head football coach. “He is a guy who has paid a lot of attention to detail. He’s the kind of guy you want your son to play for and to make a him a good young man.”

In 2011, Burnett was an assistant coach in football, basketball and track for the Gurdon

School District. In 2012, he moved to Camden Fairview High School to serve as defensive coordinator for football and assistant coach for track.

In 2014, Burnett was hired by the Malvern School District as assistant head football and head track coach. This is his first head coaching position in football.

James is going into his third season as head coach at Bryant but also worked with Burnett when James was head football coach at Camden Fairview, where the pair won a state championship together in 2012.

“When I first got to Bryant, we were told they were ‘soft,’” Burnett said, “so we had to change that mentality.

“They were winners, but we had to change their whole MO. Those kids went from so-called ‘soft’ to tough guys — guys that were physical and made incredible jumps in the weight room, and that’s where their mindset changed.

“We are going to bring that same weight-room discipline here.”

With Burnett as defensive coordinator at Bryant, the Hornets made it to the semifinals of the 7A State Tournament for two years in a row.

“He has been very impactful to our kids,” James said. “He has been able to get them to play at a high level, and he brings a sense of toughness and brings a confidence to those kids.

“Our kids really progressed underneath him. He is a very hands-on football coach, and the guys really respond and develop underneath him very well.”

James said one particular moment that sticks out to him was last year’s home playoff game against Fayetteville. The Hornets were down 20-0 at halftime, and Burnett made the necessary adjustments and didn’t give up any points in the second half for Bryant to win 21-20.

“It is not about his way; it is about what the kids are capable of doing,” James said. “No doubt, he is going to be missed.”

Hot Springs Athletic Director Rodney Echols said there were 16 applicants for the position, but Burnett separated himself from the pack as a result of his track record, discipline and confidence.

“I believe he is the right fit for Hot Springs,” Echols said, “and I expect that he will lead us to great heights going forward.

“He has great character. His passion is something that our football program needs.”