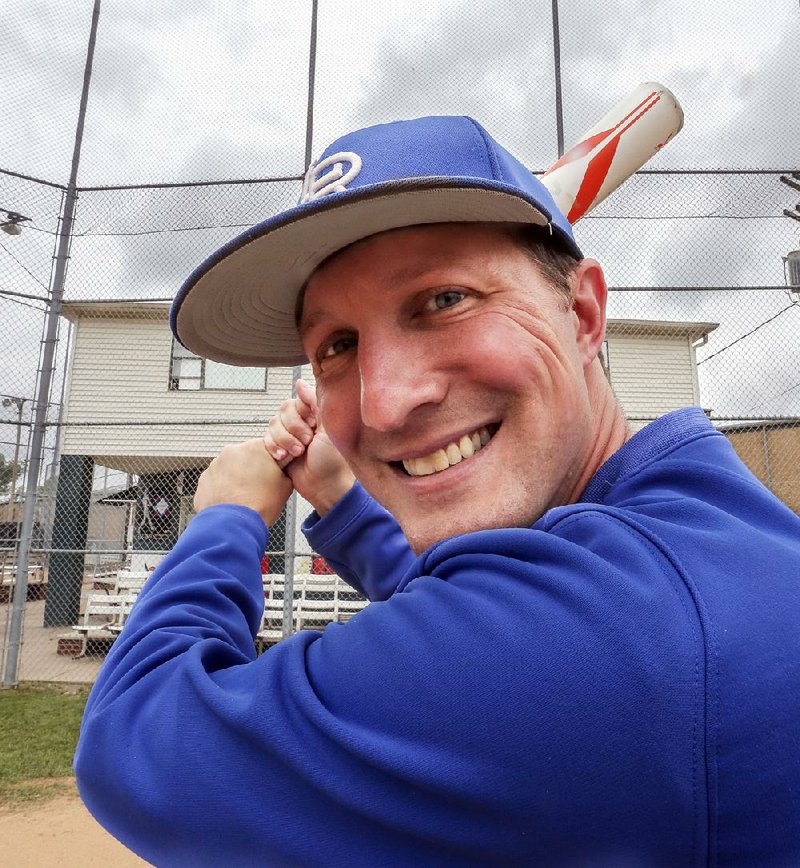 Carter Stein — who volunteers for Junior Deputy Babe Ruth Baseball in multiple roles — is heading the organization’s Summer Sandlot program, which begins July 9 for children age 7-12. The program, he says, is “about learning the game and developing skills. And, hopefully, developing a love of baseball.”

As a young boy, Carter Stein grew up in Little Rock playing Junior Deputy Baseball in multiple roles -- first base, second base, pitcher, outfield -- at the fields out on Cantrell Road near Riverdale. He can't recite any win/loss numbers, or remember any game scores.

What he does remember about playing all those years ago, he says, is "the competition it instilled in me."

That spirit of healthy competition has spurred Stein -- the managing partner at the law firm of McMath Woods and a "lifelong" St. Louis Cardinals fan -- to serve in multiple capacities with the Junior Deputy Babe Ruth Baseball organization, including its board of directors, on which he has served since 2015. Stein also handles much of the organization's communications operations.

Collectively, the Junior Deputy program serves more than 1,000 children, ages 4 to 15. Players are divided by age group into T-Ball, Rookie, Cal Ripken, Dizzy Dean and Babe Ruth leagues and compete during spring and fall competitive seasons. Stein has served for two years as commissioner of the Cal Ripken league, heading the 9-through-12 program.

His volunteer involvement with the organization first came about through his son, Bowman, 10, who began playing Junior Deputy T-Ball at the age of 4. A coach since 2013, he manages the Dodgers, part of the Cal Ripken program and on which Bowman plays. Stein also coaches the Brewers, a Rookie-program team whose players include his 7-year-old son, Charlie.

"I think Carter gives 110 percent of himself to the park," says board President Kori Gordon. "There's not an aspect of the park that Carter's not involved [in].

"I thought I wore a lot of hats down there, but he wears a lot more hats."

Yes, that's a lot of baseball involvement for someone who went on to focus on other sports -- becoming a walk-on kicker for the Arkansas Razorbacks -- instead of playing high school or college baseball.

"My dad's favorite sport's baseball, and now my favorite sport is baseball as well," says Stein, who's grateful to his wife, Emily, for allowing him so much time with Junior Deputy.

The Pulaski County Junior Deputy organization began in 1947, founded by Sheriff Tom Gulley as a way to provide youngsters with positive role models and a way to develop multiple skills in a healthy environment, according to the organization's history. A year after the organization's debut, its fields were built at its present location on the grounds of the City Water Works.

"Junior Deputy is unlike a lot of other community ballparks in the area," Stein points out. The city of Little Rock doesn't provide the management or the oversight for the park. "A lot of the day-to-day operations are handled by volunteers -- and that's kind of where I'm involved."

So what happens at the park during the summer? Stein is glad you asked. He heads the Junior Deputy Summer Sandlot Program, a skill development activity for children in three age groups ranging from 7 to 12. The three-week program begins July 9, ending on July 27. Registration is $60 per child and entitles the participant to a camp T-shirt and a snack at the end of every session. Participants will meet two nights a week, every three or four days, 6-8 p.m., to spend an hour being coached in various techniques before playing a sandlot game. The last night of the program, a Friday night, will consist of a movie at the ballpark.

Summer Sandlot is designed to show children that baseball is fun -- "more fun than just sitting on the couch and watching a TV show," Stein says. All current Junior Deputy players are invited to participate in Summer Sandlot, but it's open to anybody in the community who wants to give baseball a try. (They can also try out the game during Fall Ball Fun Ball, Junior Deputy's fall skills camp for younger players.)

"I help with all of that background work -- and the fulfillment is getting to go out there with my kids and know that they've got a great place to play baseball and it's the same place that I played. So that's very special to me."

In addition to Junior Deputy, Stein is involved with Safety Town, another program for children, of which Stein is an alumnus. The McMath Woods firm is a longtime sponsor of the program, which this year took place June 11-15 at Episcopal Collegiate School. Stein is also involved with his church, Grace Lutheran, of which he'll be the congregational president starting this fall. Yet another volunteer gig: Stein's is an officer in the Arkansas Trial Lawyers Association. "In between all that, I try to practice law myself," he jokes.

Being so involved with Junior Deputy, Stein has seen some heartwarming stories played out on the fields along with the games. As a father and coach, he's touched by how the players rally around one another.

A sportsmanship award is presented to a player from each Rookie League team who displays sportsmanship throughout the season. "The player who got the award this year, from my team, I will never forget," Stein says "Another player got injured on a play ... but this player told him in the dugout ... 'Man, you've got to man up and get back out there!' These are 7-year-olds."

Since the program has been in place some 70 years, there's a lot of alumni in the community, Stein says. "We'd love to have them come down and watch a game or reach out to us; we could certainly use their help. And I certainly think that in the next six months, we're going to start a significant capital campaign to make some improvements to the park. It's time to redo the fields.

"Little Rock's the capital city. We need to make [Junior Deputy] the best in the state." 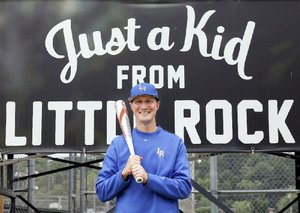 Photo by John Sykes Jr.
Playing Junior Deputy Babe Ruth Baseball as a child, Carter Stein learned about sportsmanship and teamwork. Now he’s one of the biggest time-and-talent donors of the organization, for which he serves as a coach for his sons’ teams. “Just like a baseball team, we’ve got a good team of volunteers down there,” he says.