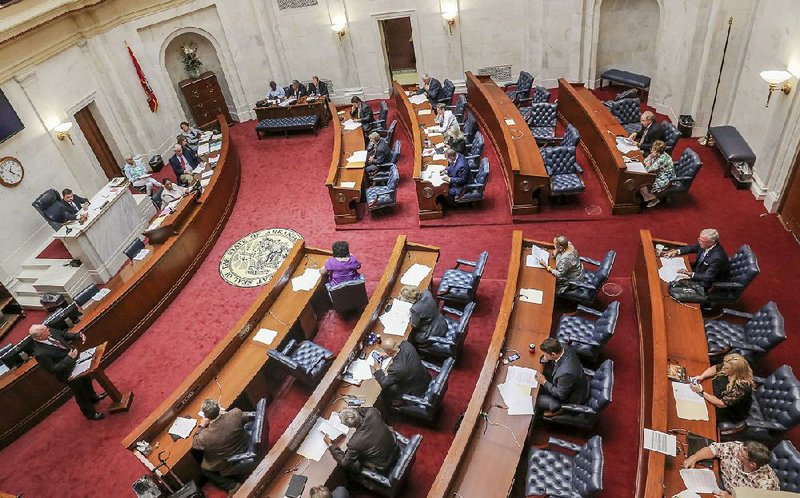 Sen. Jim Hendren (at lectern) speaks in the Senate chamber earlier this year. Hendren, the Senate president pro tempore-elect, wants to introduce live video streaming from the chamber and add streaming of legislative committee meetings in coordination with the House. The House already has video streaming of its chamber sessions.

When the Arkansas House of Representatives started video streaming its meetings eight years ago, then-state Sen. Shane Broadway, D-Bryant, said the Senate had no plans to do the same.

"The Senate has always wanted it to be traditional, the same way it's always been," Broadway told this newspaper in February 2010.

But if Senate President Pro Tempore-elect Jim Hendren, a Republican from Sulphur Springs, has his way, the Senate will begin live video streaming its sessions and committee meetings, starting in the regular legislative session that begins in January.

"That's a lot of work between now and January, but that would be my hope," Hendren said in a recent interview.

The Arkansas Senate is one of eight in the country -- including neighboring Missouri -- that don't provide video webcasts of their sessions in chambers, though they provide live audio, according to the National Conference of State Legislatures' website.

The Arkansas Senate is also one of 13 -- including Missouri -- that don't provide video webcasts of committee meetings, the conference said on its website.

Tim Beto, the Web administrator for the Texas Senate, said video streaming there started in 1999. Texas was one of the first states to do so.

"Hot legislative meetings can get thousands of people [watching]," he said.

In the Arkansas House, floor proceedings first aired in 2010, followed by committee meetings in 2011.

Over the past several years, some on the political right and left have repeatedly called on social media for the Arkansas Senate to follow suit.

Yet few senators have called for doing so.

In 2011, Sen. Jeremy Hutchinson, R-Little Rock, introduced a bill to require the Senate to broadcast live audio and video of its committee meetings on the Internet. That bill died in the Senate Transportation, Technology and Legislative Affairs Committee.

Sen. Jason Rapert, R-Conway, said he's publicly promoted the idea of the Senate live streaming its meetings in the past few years, and he's happy that Hendren now supports that position.

"There has never been an appetite to do it until now," he said.

Rapert said "it's embarrassing" that the Senate doesn't broadcast its meetings, while many city councils and county quorum courts do so across the state.

"There is no reason whatsoever that the Arkansas Senate should remain dark. Transparency is a good thing for all concerned," Rapert said.

Hendren said he believes that live video streaming would help restore and protect the integrity of the Senate, and most of the senators understand that.

He said he views this as another step toward a transparent open legislative process and to "change the culture to one where we can be proud of."

Last month, senators approved an overhaul of their rules to create a committee on Senate ethics, prohibit senators from certain activities involving conflicts of interest, and require more disclosure of other conflicts and personal financial information.

The changes come in the aftermath of federal investigations that have led to the conviction of five former lawmakers -- three Republicans and two Democrats -- during the past few years.

Hendren said he's beginning to gather information from video vendors for colleagues to review in either August or September.

"The House has a great system, and it's expensive," Hendren said.

The House spent $398,453 to install the cameras and other equipment. It entered into a contract with Granicus for webcasting and video archives with an upfront cost of $87,127, plus a monthly fee, said House spokesman Cecillea Pond-Mayo.

The House typically hires two to four part-time staff members each working about 20 hours a week to assist with committee meeting streaming during sessions of the Legislature, she said. The chamber has three full-time communications staffers, and "although we assist and oversee streaming during the session, we have other duties," she said.

Its video streaming policy states that "House sessions and committee meetings will be broadcast from gavel to gavel only."

"There shall be no broadcast of activity from the House floor or committee rooms before or after sessions or meetings, and no audio shall be broadcast other than during the actual sessions or meetings," the policy states. "Camera views shall be limited only to those members or members and staff in the vicinity of the speaker, members or chairpersons and members who are recognized by the Speaker or the chair of the committee, as well as those testifying before a committee.

"Random shots of members shall be restricted, other than nondescript, wide-angle shots, and shots of those engaged in questions and answers when recognized by the Speaker or the committee chair," the policy states.

As for how many people watch the video, Sliq provided an estimate of 150 live views a day during the 2017 regular session and 17,500 hits to the archives between Jan. 1-May 1, 2017, Pond-Mayo said. The live stream is shown on AETN and some Internet providers.

But senators haven't had in-depth discussions since then about live video streaming their proceedings largely because of the cost, said Dismang, who has been president pro tempore since November 2014.

But video streaming in the Senate could change that.

Sen. Larry Teague, D-Nashville, said he worried that the Senate "would lose a little of its spontaneity" if its proceedings are video streamed, but "I believe in openness and all."

"I guess with the House live streaming I haven't noticed that it is causing any problems or difficulty," he said. "It is probably something that it is time for us to do."

Broadway, now vice president of university relations for the Arkansas State University System, said technology has changed a lot since 2010.

And so has the Senate, which has 15 members who spent some time as representatives.

"I figured it would happen eventually," Broadway said. 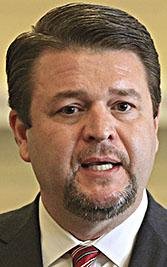 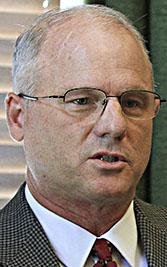 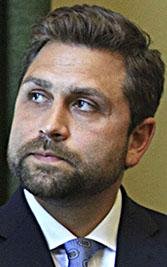 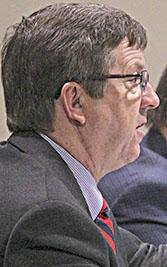