'Habitable' not in rules for state landlords

A timeline and image about Legislative attempts to establish a warranty of habitability.

Despite more than 40 years of effort, Arkansas remains the only state where landlords aren't legally required to make their properties "habitable" for renters.

Tenants'-rights advocates say Arkansas is the worst place to rent in the country because of the lack of what are called implied warranty-of-habitability laws and because landlords can file criminal eviction cases.

Every other state has passed warranty-of-habitability laws with varying definitions of "habitable." All require that rental units be safe and healthy and say that some upkeep of an apartment is required even if it is not explicitly stated in the lease.

There have been at least six attempts since 2005 to pass such a law in Arkansas, sponsored by both Democrats and Republicans. All failed, and only one made it past committee.

"It is inexcusable that this continues to be the case here in Arkansas," said Rep. Greg Leding, D-Fayetteville. "We are literally the worst place to rent in the country."

Leding proposed warranty-of-habitability legislation in 2015, and the bill failed in committee after the Arkansas Realtors Association opposed it.

But Arkansas' history with such legislation begins decades before Leding's bill failed. In 1972, a nonprofit recommended that states adopt the Uniform Residential Landlord and Tenant Act. The proposal came from the Uniform Law Commission, a nonpartisan group of lawyers that recommends model laws on various topics to state governments.

Twenty-one states enacted laws based on the recommendation.

In 2007, the Arkansas Legislature tackled the model law and passed legislation that advocates say lacked any protections for tenants.

"When we implemented it in Arkansas, we gutted out every single tenant right and every single landlord responsibility, so it's a completely one-sided bill," said Amy Pritchard, a law professor at the University of Arkansas at Little Rock.

Pritchard has worked on a Little Rock case involving the Alexander Apartments, which were found to have exposed wiring, broken smoke detectors and structural flaws among other code violations.

Arkansas' 2007 legislation included no such requirements, and a bill proposed the same year to impose them was withdrawn by Sen. Sue Madison, D-Fayetteville, the author. Madison had sponsored a similar bill in 2005.

In 2011, the General Assembly created a nonlegislative commission to study Arkansas' renter-tenant laws. At the conclusion of the study in 2012, the commission recommended adjusting the laws to mimic the uniform law recommendations.

Only recommendations that got a unanimous vote of the study commission were included in the final report, and the 10-member panel was split about evenly between people who represented tenants' interests and those who spoke for landlords, said the commission's vice chairman, Lynn Foster.

Foster is also a professor at UALR who specializes in property law.

The report recommended that warranty-of-habitability standards include nine requirements for landlords, such as keeping plumbing in working order, ensuring structural stability of the building and providing tenants with contact information for repair people.

It also stated that Arkansas should have a law protecting tenants from eviction if they file complaints against the landlord.

But it didn't gain much political traction.

"There were a lot of people aligned against it before it was distributed very widely," Foster said.

Foster says the group that most vehemently opposed a warranty-of-habitability bill was the Arkansas Realtors Association, a group that states as its mission "promoting professionalism through education, communications, technology legal information and services," in addition to advocating for the use and transfer of real property.

The association's political action committee gave nearly $6 million during campaigns from 2009 to 2017 . Recipients ranged from candidates for quorum courts and city councils to Gov. Asa Hutchinson and state legislators from both sides of the political aisle, according to publicly available PAC records.

Julie Mullenix, the lobbyist who represents the association, said in a statement that the group has an interest in protecting property rights for tenants and landlords and that the group supports the existing laws in part because they protect affordable rent.

"We believe the laws of the State of Arkansas provide a unique balance of rights that have proven optimal evidenced by healthy investment in rental properties and some of the most affordable housing for tenants in the nation," the statement reads.

Bills were again filed in 2013, 2015 and twice in 2017 attempting to establish warranty-of-habitability laws. All of them failed in committee.

Leding filed one of the bills in 2015 and said that, during the drafting stages, he sent the bill to the Realtors association. He said his bill contained about 80 percent of the Realtors' recommendations, but it wasn't enough to help it pass.

In 2017, Leding co-sponsored a bill with Rep. Warwick Sabin, D-Little Rock, that Sabin said he hopes would help lay the groundwork for another to pass in an upcoming session.

"Once legislators become aware of where Arkansas stands nationally on this issue and how unremarkable this particular legislation really is in that it represents what most people take for granted everywhere else, I think there definitely is a chance it could pass," Sabin said.

Rep. Robin Lundstrum, R-Elm Springs, spoke out against the 2017 bill because she said it could cause rental prices to go up.

Foster has disputed the idea that a warranty-of-habitability law would increase rent. Her analysis of the claim was in a 2013 law review of tenants' rights in Arkansas that she conducted separately from the study commission.

Arkansas has the lowest fair-market rent for a two-bedroom apartment in the country, although that has fluctuated over the years, according to an annual study from the National Low Income Housing Coalition. Arkansas' fair market rent is at $720 per month, just below West Virginia's.

Arkansas also has the second-lowest median income at $56,038, according to the study. The coalition is a nonprofit dedicated to "achieving socially just public policy that assures people with the lowest incomes in the United States have affordable and decent homes," its website says.

Lundstrum, who is a property manager, added that she thinks bad landlords will be driven out of the market without legislative action.

"We already have standards," she said. "If people don't like the property, they don't have to rent it."

But Sabin said an implied warranty of habitability is typical across the country. His bill outlined requirements for roofs that don't leak, doors that lock and access to running water, among other things.

"We really do not guarantee those basic provisions in our law, and I think it's quite shocking and surprising when people find out about that," Sabin said. 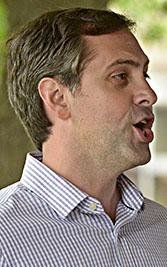 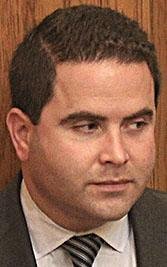 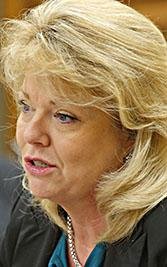 *CORRECTION: Former Sen. Jon Woods is a Republican. His political party was incorrectly identified in a chart published with this story.

Print Headline: 'Habitable' not in rules for state landlords