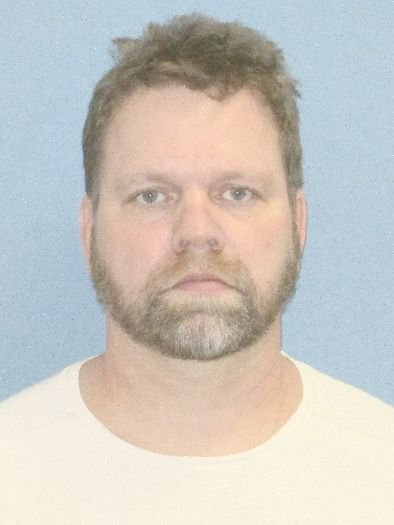 A Little Rock lawyer, suspended over questions about more than $400,000 owed to one former client, made his first Pulaski County Circuit Court appearance Thursday to answer a felony theft charge involving $25,000 of another ex-client's money.

Matthew Mahlon Henry, 45, was arrested on the theft charge May 10, but he's been in jail since March 22 for contempt of court after he failed to obey one circuit judge's order to turn over the $25,000 and provide an accounting of his lawyer trust account. The judge has ordered Henry jailed until he surrenders the money.

By law, lawyers who handle money for their clients are required to keep those funds in a special escrow account until the monies can be dispensed.

The state regulators who suspended Henry's law license stated that he "presently poses a substantial threat of serious harm to the public and to his clients if he continues to practice law."

Among Henry's legal problems are the findings of a second judge that the divorced father of two owes about $3,400 in child support, which is about two months' worth, although his ex-wife alleges that he owes about twice that much. That judge also found Henry in contempt after he bounced a check trying to pay the money, court filings show.

Thursday, Henry was before his third circuit judge, Leon Johnson, to have his trial on the Class B felony charge scheduled. He faces up to 20 years in prison.

Henry appeared without legal representation, so the judge gave him a week to decide whether he will try to retain counsel or ask for a public defender.

Police and prosecutors say Henry stole the money last October from Texas building contractor Chris Irving, who had hired Henry to represent Irving's company, CSI Renovations, and gave Henry the money to put up for a work bond for a job he had in Fairfield Bay.

Two months later, Henry began to claim the money was his, owed to him for the work he'd done for Irving. He sued Irving in December, representing to the court that he had actual possession of the money.

The lawsuit brought him before his first circuit judge, Mackie Pierce. Court records show he asked Pierce to hold the money in a court account until a trial could be held to determine who was entitled to it.

Irving's attorney, Tre Kitchens, rebuffed Henry's claim on the money, telling the judge that Henry had no legal right to the money and could show no evidence he was entitled to it, court filings show.

Pierce sided with Irving in January, dismissing Henry's lawsuit five weeks after it was filed, and gave Henry 24 hours to to turn over the money to Kitchens.

The judge also ordered Henry to turn over copies of the lawyer's trust account bank records for the past four months.

But Henry did not comply. Two days after he missed the judge's deadline, Pierce again ordered him to turn over the records, this time warning Henry he was considering holding the attorney in contempt.

The judge even had his bailiff, Kevin Clifton, go to Henry's Spring Street office to serve the order. Irving's lawyer also had the order served on Henry at the office, court filings show.

Pierce ultimately gave Henry three chances over three months to comply with his orders. He ordered Henry arrested in March when the lawyer did not show up for a hearing on the issue. Finally, at an April 9 hearing, Pierce ordered Henry jailed until he pays Irving the money after Henry declined to answer questions about the case, citing his Fifth Amendment protections against self-incrimination.

"Matt Henry is ordered to be held in the Pulaski County jail until such time as he purges himself of contempt by delivering $25,000 to defendants' attorney," Pierce wrote in his order issued that same day.

In court filings, Rosenzweig states that Henry, contrary to his initial claim, does not have the $25,000. He argued that Henry should be released because, since Henry cannot come up with the money to satisfy the judge, he will never meet the release conditions Pierce has imposed.

"Civil contempt is coercive in nature, and consequently there is no justification for confining ... a person who lacks the present ability to comply," Rosenzweig wrote in a motion for Henry's release. "Such imprisonment violates the due process guarantees of the United States and Arkansas Constitutions. In addition, the continued incarceration violates the prohibition on imprisonment for debt of Article 2, Section 16, of the Arkansas Constitution."

Rosenzweig argued that Pierce should release Henry and allow prosecutors to file criminal charges, if they deem it necessary, which would allow Henry the opportunity to be released ahead of trial on bail.

Pierce rejected those arguments. The case is now on appeal before the Arkansas Supreme Court.

Henry's law license was suspended on March 7 by the Arkansas Supreme Court Committee on Professional Conduct.

Court records show that Henry is one of six lawyers suspended this year. Eight were suspended in 2017.

According to the two-page suspension order, about $400,000 from one client that was deposited into Henry's trust account in August 2015 is missing.

Court records show Henry handled the probate case of a 77-year-old man, Keshavial Patel, of Jefferson, who died in India in January 2015. Patel left behind an estate of savings and property worth at least $1.7 million to his only son, a Texas man who hired Henry.

Court filings show that in February, the man hired new legal counsel to take over the case from Henry. But Henry repeatedly failed to complete the necessary paperwork to turn over the case to the new lawyer and has yet to surrender the remaining funds, $403,658, from the estate, court filings show.

The suspension order also cites Henry's failure to obey Pierce's court order to turn over his bank records and the $25,000. The order also notes his child-support issues before Judge Mike Reif and states that Henry has had 10 new grievances filed against him over the past two years.