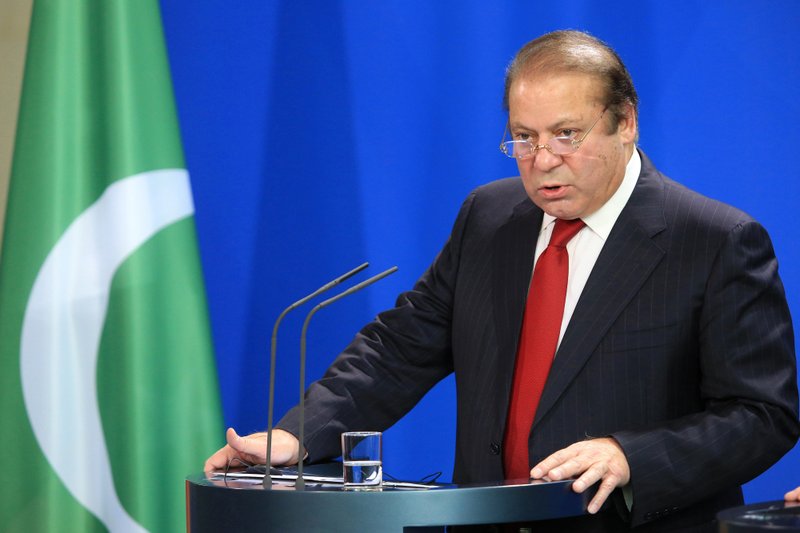 Sharif, who was found guilty of corruption this month, arrived in Lahore on Friday evening after he and his daughter Maryam Nawaz -- who was sentenced to seven years in the same case -- boarded a plane from London. They were taken into custody shortly after their arrival at the Lahore airport.

His return is seen as a public show of acquiescence meant to win sympathy from voters in an election that analysts predict could either spell the downfall of one of Pakistan's most charismatic leaders or lead to years of civil unrest and political instability.

That fragility was underscored earlier in the day in the southwestern province of Baluchistan, when one of deadliest bombing attacks in recent history ripped through a gathering in support of Nawabzada Siraj Raisani, who was running for a state legislative seat in the Mastung district.

Raisani, whose recently formed Baluchistan Awami Party was viewed as pro-military and against separatist groups operating in that part of Pakistan, which borders Afghanistan, was with other party workers when a suicide bomber blew himself up in the middle of the crowd. Raisani was among those who died.

The Islamic State claimed responsibility for the attack that also injured more than 500 people, prompting fears of more terrorist activity in the country.

The blast marked the second deadly bombing in less than a week. About 20 election workers with the secular Awami National Party were killed Tuesday in a suicide blast in the northwestern capital of Peshawar.

Into that climate arrived Sharif, seeking to further heighten emotions over the country's direction in what was meant as a public indictment of Pakistan's military and the conservative agenda of his chief political opponent, former cricket star Imran Khan.

After boarding the flight Friday, Sharif posted a video on social media urging supporters to show up in droves for the July 25 election and thereby resist what he has called a conspiracy to oust his ruling party from power.

"Beginning to wonder why whenever Nawaz Sharif is in trouble, there is increasing tension along Pakistan's borders and a rise in terrorist acts?" he posted on Twitter. "Is it a mere coincidence?"

Information for this article was contributed by Haq Nawaz Khan of The Washington Post.