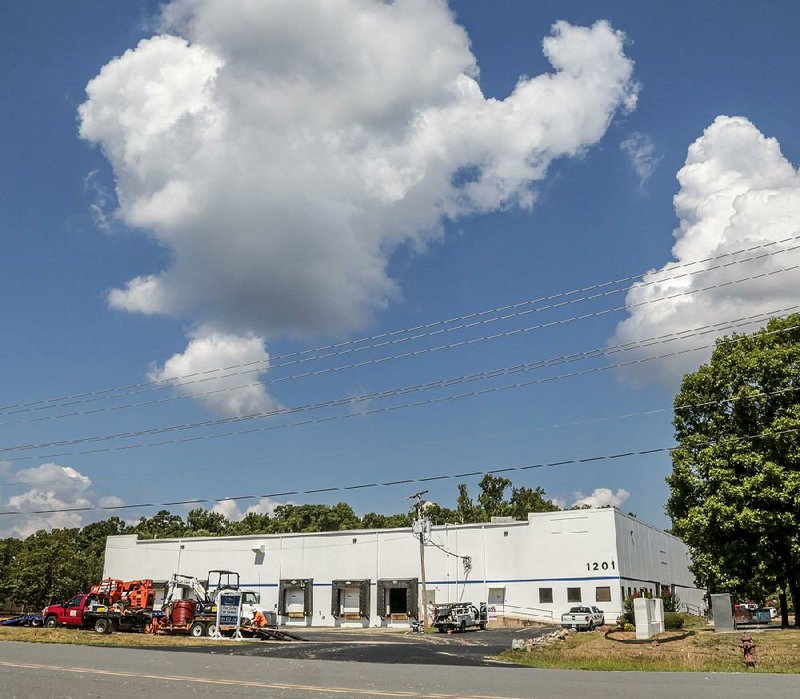 This industrial warehouse at 1201 Murphy Drive in Maumelle was recently purchased by Murphy Industrial LLC. for $2.2 million.

The sale was for an almost 30,000-square-foot lot next to two restaurants, a Taco Bell and a Freddy's Frozen Custard & Steakburgers.

820 Thompson Development is a California general partnership. It borrowed $1.4 million from Armed Forces Bank in Kansas City, Mo., to help finance the deal.

The property, almost 0.7 acres, was appraised at $2.1 million this year.

PM Little Rock is an affiliate of TradeCor LLC, which has offices in Phoenix and Plano, Texas.

The building, at 1201 Murphy Drive in Maumelle, was being leased by Mondelez International, an American confectionery, food and beverage company with 107,000 employees worldwide. Mondelez is based in East Hanover, N.J.

Mondelez didn't require the entire building, so it moved to a smaller space in Little Rock, said Judy Keller, director of economic development for Maumelle.

Stericycle, a medical waste disposal firm based in Lake Forest, Ill., now is leasing the building, with a subsidiary, Shred-It, as the primary tenant in the building, Keller said.

"They are expanding the parking lot right now," Keller said.

The industrial building, appraised at $1.7 million this year, was built in 1995.

The seller was Becknell Properties.

Murphy Industrial was represented by Clark Irwin of Colliers International-Arkansas.

USP Land Holdings is based in Irving, Texas.

The seller was Pipe Portfolio Owner (Multi) LP, a limited partnership based in New York City. It was led by Tyler Swann, director of an affiliated company.

F4 Little Rock 1 LLC is based in Edmond, Okla. Clemen Cunningham organized the company in April.

The apartments and property were appraised this year at $6.5 million.