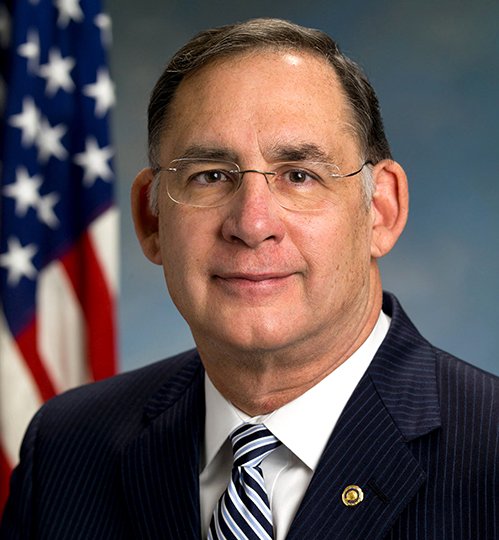 U.S. Sen. John Boozman is shown in this file photo.

WASHINGTON -- The Congressional Management Foundation is praising U.S. Sen. John Boozman for his constituent services work, awarding him one of its first-ever Democracy Awards.

The Washington-based nonpartisan group, which seeks "to build trust and effectiveness in Congress," honored eight lawmakers during an awards ceremony Friday.

Bridge Alliance, a coalition of 80 civic groups, partnered with the foundation on the effort.

Boozman, a Republican from Rogers, was the only senator to be recognized in the constituent services category.

There was plenty of interest in the award, according to Bradford Fitch, the foundation's president and CEO.

"It was the most competitive category. Over 80 offices nominated themselves for this, and [Boozman] and a Democratic representative from Arizona [Raul Grijalva] were selected as the two best offices in the Congress for constituent service," Fitch said.

Since joining the U.S. Senate in January 2011, Boozman's office has helped more than 23,000 Arkansas residents, Fitch said. The senator's staff members have also trained 400 Arkansans to collect and preserve stories for the Library of Congress' Veterans History Project, he noted.

In an interview, Boozman said the award "reflects the hard work of my staff."

The office expects to open its 25,000th case later this year -- all of them involving constituents who need help dealing with a federal agency, a spokesman said.

Responding to constituents is a key part of the job, Boozman said.

"I think we all try to use the power of the office for good and certainly constituent service is right at the top of that," he added.

At a time when Capitol Hill approval ratings are low, Fitch said his group is trying to draw attention to lawmakers' best practices.

"Sometimes Congress kind of gets a bad rap and needs recognition where it's deserved," Fitch said. "We wanted their constituents, and indeed the American public, to see a side of Congress that frankly isn't always portrayed."

A bipartisan committee comprised of former lawmakers and former staff members made the selections. To avoid bias, the names of the nominees and their geographical locations were withheld from the panel.

One Republican and one Democrat received recognition in each of four categories.