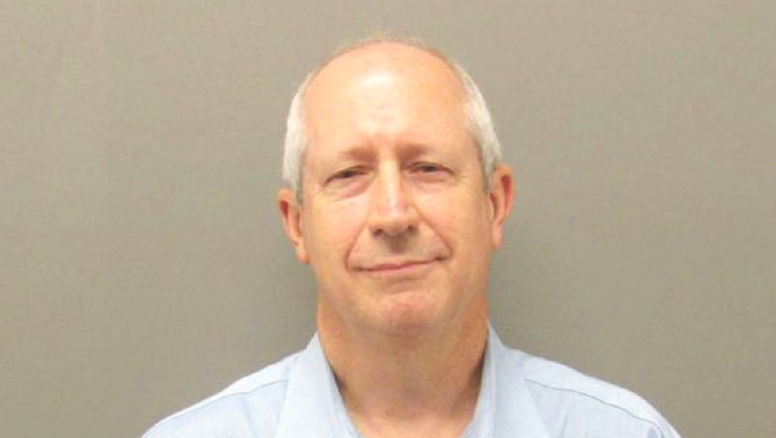 Gates, a two-term lawmaker, has yet to heed those calls. He has said he will plead innocent to the charges.

A person who answered Gates' phone Tuesday offered to leave a message for the representative, but the phone call was not returned.

On Tuesday, Hutchinson told the Arkansas Democrat-Gazette that he had spoken privately with Gates about 10 days ago and asked him to resign.

"I listened to him, but I told him in my judgment he needs to resign and it is my hope he would make that decision and listen to his colleagues," the governor said. "But it's important for me to make it clear that my view is that he should resign."

In a statement released soon after state felony charges were filed against Gates on June 28, Hutchinson said Gates should assure the public that he is handling his taxes situation or "step aside."

Since then, other Republicans, including Lt. Gov. Tim Griffin and Attorney General Leslie Rutledge, have joined Democrats in calling for Gates' resignation.

A spokesman with the governor's office clarified later that Hutchinson also believes that Gates should drop out of his campaign for re-election.

The Republican Party of Arkansas can attempt to replace Gates on the ballot through a special primary election or by convention if he drops out with enough time remaining before the Nov. 6 election. Gates is being challenged by Kevin Rogers, a Democrat from Hot Springs.

House Speaker Matthew Shepherd, R-El Dorado, said Tuesday that he'd also spoken with Gates, but he declined to say whether he'd asked Gates to resign. Shepherd has suspended Gates from his committee assignments.

"Rep. Gates is not in a position to effectively represent Arkansas on [tax reform] and other issues," Griffin said.

Jeff Rosenzweig, a criminal defense attorney in Little Rock, is representing Gates. Reached by phone Tuesday, Rosenzweig said he is not representing Gates' political interests, but it's "inappropriate" for a lawmaker to be asked to resign based solely on charges.

According to charging documents, Gates did not file state income tax returns between 2003 and 2017. Gates was charged with six counts of failure to pay taxes, for the years 2012-17, because the statute of limitations had run out on the earlier years.

The governor said his comments Tuesday -- made more than two weeks after charges were filed -- were not a turnabout.

In a speech to the Arkansas Bar Association in mid-June, Hutchinson said lawmakers who face federal criminal indictments should immediately be called upon to resign. The subject of that speech was an ongoing FBI probe into corruption and kickback schemes related to lawmakers' use of state general improvement funds.

That investigation has, so far, netted convictions of four former lawmakers. The governor's nephew, state Sen. Jeremy Hutchinson, R-Little Rock, was indirectly referred to in court papers but has not been charged with a crime. The governor has said "Senator A" -- as his nephew was referred to in documents -- should resign if charged on accusations of accepting bribes, as was alleged in a defendant's guilty plea document.

The governor is a former U.S. attorney for the Western District of Arkansas.

"Whenever you have criminal charges filed, that should be a differentiated point," the governor said Tuesday. "That it is not just rumor then, but there is a probable cause. And you always should be allowed to defend yourself, but it should be outside of the public arena and you should give up your public position under that circumstance."

Gates' tax charges are unrelated to the federal corruption probe, but Democrats, looking for an advantage in the November elections, have characterized both as failures of leadership by Republicans.

On Twitter, the Democratic Party's account has singled out prominent Republicans, especially party Chairman Doyle Webb, for not asking Gates to resign. One post depicted Gates' official House photo on a "Wanted" poster.

Webb did not respond to a phone call seeking comment Tuesday.