KATV meteorologist Ned Perme to retire after 40 years on air 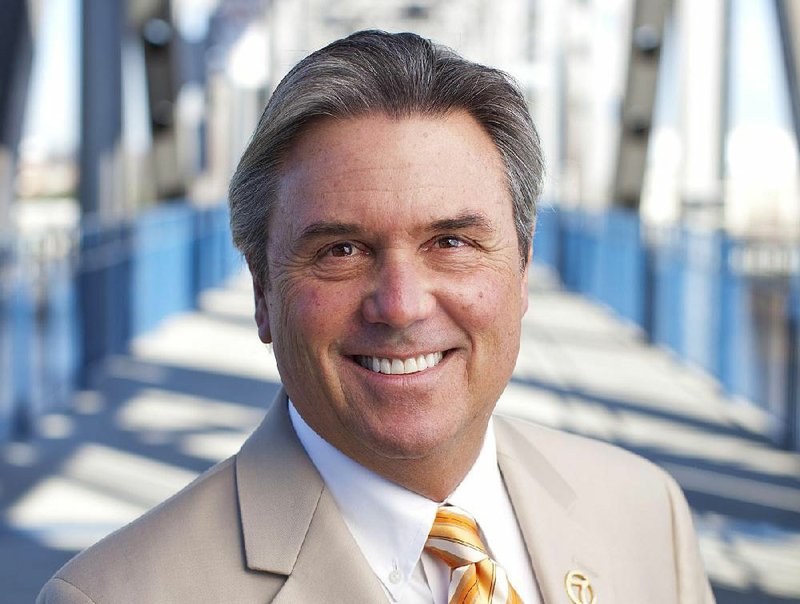 Perme, 64, began his broadcast career in 1977 in Alabama and joined the KATV weather team as chief meteorologist in 1984, according to a news release from the station. It was not immediately clear when Perme would sign off the air.

"For more than three decades, Arkansans have invited me into their homes each evening and have trusted me as their weatherman," Perme said in a released statement. "It has truly been a privilege, and I cherish my relationship with the viewers. But all good things must come to an end, and I've decided that it's time for me to sign off for the last time."

Perme has overseen the station's coverage of severe weather events for 34 years, including the 2008 tornado that killed 13 as it made its way through north-central Arkansas on Super Tuesday, the 2010 Little Missouri River flash flood at the Albert Pike Recreational Area that killed 20 people, and the 2014 tornado that hit Mayflower and Vilonia and was responsible for 16 fatalities in the state.

[GALLERY: Photos of chief meteorologist Ned Perme through the years]

"He didn't like severe weather because of the damage and destruction it did," KATV News Director Nick Genty said. "He always wanted to make sure he was out there protecting people and that he was giving them the opportunity to find shelter."

Perme said the weather event that he'll remember the most is the state's largest tornado outbreak on Jan. 21, 1999, when 57 recorded tornadoes touched down in Arkansas.

"I was on the air by myself for many, many hours," Perme said. "It was a very long day. You don't even think about the end. You just have to keep going. You have to get in the moment and get through it one minute and one hour at a time."

Perme said technological advances have played an important role in helping guide Arkansans through severe weather. With improved weather radar, TV meteorologists can show viewers where storms are in relation to where they live.

That technology helped the KATV weather team warn residents in Mayflower and Vilonia more than 30 minutes before an EF-4 tornado hit those towns in April 2014, he said.

"When I first came here, there was barely any technology, barely even radar," said Perme, who earned 14 Best Weathercast awards given by The Associated Press. "Technology just started to advance slowly. It was a learning curve that we just had to deal with, and we're still doing it today."

The weatherman -- who is also known for his tailgating segments before high school football games and for writing the song "Christmastime in Arkansas" -- said he does not know when his last day will be, but he said he will stay in Little Rock after his retirement.

"I love it here. That's the reason I stayed for so long," he said. "I had the opportunity to move to bigger markets when I was younger, but if I did that I'd probably be doing something that I hate.

"Channel 7 has been a remarkable place to work, and I had the opportunity to help build a dominant weather team. You all will be in great hands once I leave."

Genty said it isn't immediately clear whether someone will be hired to replace Perme as chief meteorologist or if the position will be filled internally. The station's meteorologists include Todd Yakoubian, Melinda Mayo and Barry Brandt.

"He's going to be tough to replace," Genty said. "You don't replace a legend like that."