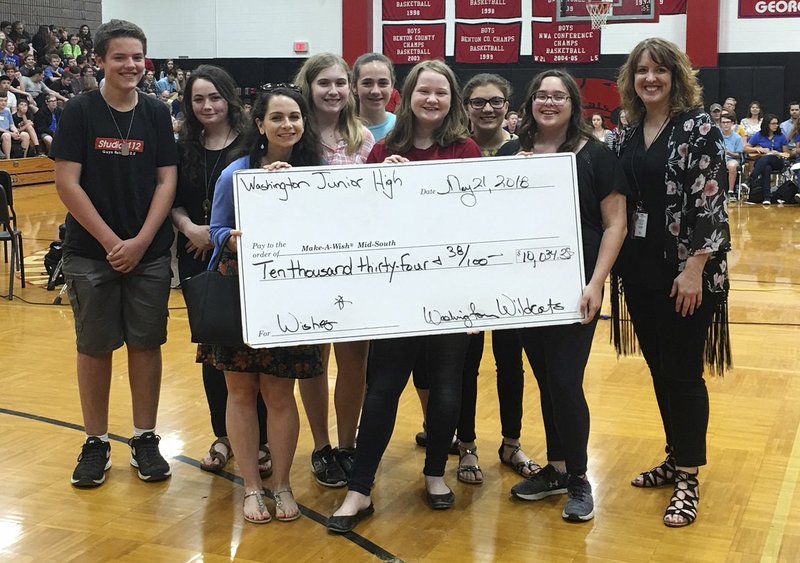 The following information is now available on the website of the Northwest Arkansas Democrat-Gazette, nwaonline.com.

• University of Arkansas at Monticello graduates.

Stephanie Galen, a student at the University of Arkansas in Fayetteville, has received a Fulbright U.S. Student Program award to Bulgaria. Galen will support the teaching of English at the Atanas Burov Secondary Vocational School of Economics, Administration and Service as part of a Fulbright English teaching assistant program.

Galen will conduct research, teach English and provide expertise abroad for the 2018-2019 academic year. Recipients of Fulbright awards are selected for academic and professional achievement as well as service and leadership potential.

Whittle also was named to the school's spring 2018 honor roll.

Students on the president's list earned 4.0 grade-point averages, including Lauren Schuldt of Fayetteville, Erol Banuelos of Rogers and Carlye Bohannan of Springdale.

Students on the dean's list earned grade-point averages of 3.5 or better, including Jacob Forbes of Springdale and Hannah Evans of Siloam Springs.

Luke Merrick of Springdale, a senior music major at John Brown University in Siloam Springs, earned first place in the Upper College and Independent Studio Men category at the National Association of Teachers of Singing 2018 auditions last month in Las Vegas. Merrick placed first over 140 students in his category, with total earnings of $1,600 in prize money.

Austin Schwarzkopf of Farmington is a 2018 graduate of the University of Iowa in Iowa City received a bachelor of science degree in sport and recreation management.

Two local students were named to the spring 2018 honor rolls at the Georgia Institute of Technology in Atlanta.

John Crawford of Fort Smith was named to the spring 2018 dean's list at Quinnipiac University in Hamden, Conn., with a grade-point average of 3.5 or higher.

Shubhanakar Dharmadhikari of Bentonville was named to the 2018 spring dean's list at the University of Minnesota Twin Cities in Minneapolis, with a grade-point average of 3.66 or higher.

Caleb Carr, a 2018 graduate of Shiloh Christian School, was awarded the Ralph G. Norman Scholarship sponsored by the Learning Disabilities Association of Arkansas. Carr will attend the University of Arkansas this fall and plans to study civil engineering.

Daniel Viera of Bentonville is a 2018 graduate of the United States Merchant Marine Academy in Kings Point, N.Y., with a bachelor of science degree and a commission in the U. S. armed forces. He also earned a merchant marine officer license, qualifying him to serve as an officer on any ship in the U.S. flag merchant marine. Viera was nominated by Sen. John Boozman and Rep. Steve Womack of Arkansas' 3rd congressional district.

Brandon Lithalangsy of Springdale will spend six weeks at University of North Georgia in Dahlonega learning Arabic, Chinese, Japanese, Korean or Russian in the school's immersive summer language institute. Students learn one year's worth of language, allowing them to earn eight college credit hours upon successful completion of the program.

Sarah Reynolds of Fayetteville, Etta DeLisse of Greenwood and Ryan Giesen of Rogers were named to the spring 2018 dean's honor roll at Wichita (Kan.) State University, with grade-point averages of 3.5 or higher.

Avery Holmes is a 2018 graduate of Tulsa (Okla.) Community College, with an associate's degree and honors scholar distinction, with a grade-point average of 3.5 or better.

Mattingly-Benson from Thaden School was recognized as the "Best of the Best" educators in the program and presented her work at a private dinner celebrating participants at the Governor's Mansion. West was one of seven educators who mentored program participants.

Emily Traylor of Prairie Grove recently participated in the Arkansas Farm Bureau's first "Ag Youth" leadership seminar at the Farm Bureau Center in Little Rock. The seminar provided students with a look at agriculture careers. The week's activities included use of technology used in today's agriculture, a workshop on poultry careers, tours of Keo Fish Farm and the state Cooperative Extension office, a visit to the State Capitol and a discussion about Farm Bureau careers.