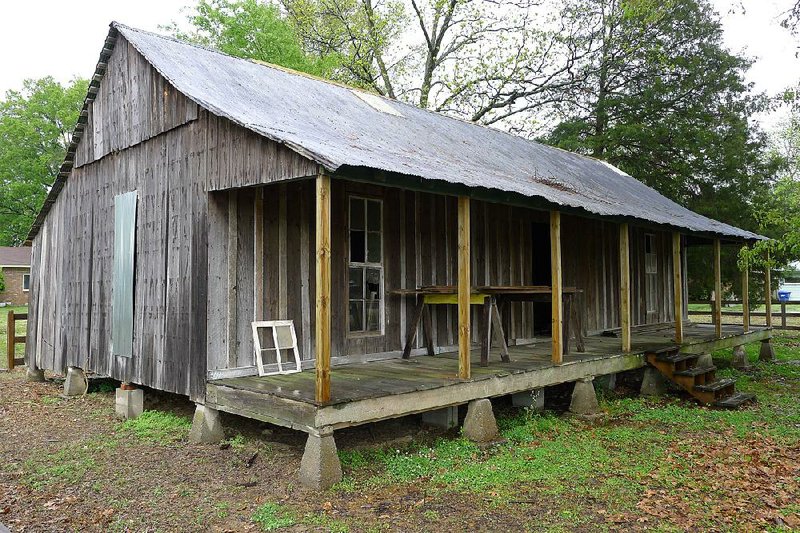 Levon Helm’s boyhood home in Turkey Scratch is being considered for placement on the Arkansas Register of Historic Places. Helm was a drummer and vocalist for The Band and won Grammy awards for two solo albums. He died in 2012.

Levon Helm's boyhood home was destroyed twice, once by wind and once by fire.

But one of the musician's childhood homes has survived, and it's being considered for the Arkansas Register of Historic Places.

"It's the single Arkansas property most closely connected to one of the state's most beloved entertainers," said Mark Christ, a spokesman for the Arkansas Historic Preservation Program.

The program's State Review Board will meet Aug. 1 in Little Rock to consider including the Helm house on the state list. It doesn't qualify for the National Register of Historic Places because it has been moved.

The house, which was originally in Turkey Scratch, was moved to a pecan grove in Monroe County and then to Marvell, where it's being restored at the corner of Elm and Carruth streets, catty-corner from City Hall.

Anna Lee Amsden of Cabot said Helm lived in the house from 1941 to about 1946 when it was in a cotton field in Turkey Scratch, 8 miles north of Marvell on Arkansas 243, a road that serves as the Lee and Phillips county line.

"He lived there from the time he was a small baby," she said. "I don't believe he was living there when we started school."

The Band went on to record 10 studio albums of its own. During his solo career, Helm won Grammy awards for his albums Dirt Farmer, Electric Dirt and Ramble At The Ryman.

Amsden, a close friend of Helm's, is mentioned in "The Weight," one of The Band's iconic songs:

"Well, Luke, my friend, what about young Anna Lee?

He said, "Do me a favor, son, won't you stay and keep Anna Lee company?"

The Helm house was given to Marvell by Richard Butler and Jeremy Carroll, both of Little Rock, said Joe Griffith, organizer of the Levon Helm Legacy Project.

The Helm house is being restored with materials from a similar house from Turkey Scratch that Griffith owned. The restoration started in April.

According to the nomination form, the Helm family later moved to Midway, between Turkey Scratch and Marvell. It was there a tornado blew the house over after a Fourth of July dinner.

"There was leftover pecan pie and fried chicken on the table when the house started shaking," the nomination form quoted Helm as saying. "My father was about to tell everyone to run for the ditch when the whole house cartwheeled over and over, ending up in the cotton field as the wood stove, furniture, dishes and people crashed around in a mess of broken glass and debris. When the house stopped rolling, they climbed out a window and walked over to the neighbors, using the light from the flickering lightning to find their way."

Then, when Levon was about 10 years old, the family returned from one of Levon's ball games to find their house destroyed by fire.

Although his roots are in Phillips County, Helm lived in Springdale in the 1980s. But most of his later years were spent in Woodstock, N.Y., where he held regular "midnight ramble" concerts in his barn.

Amsden moved to Woodstock to cook for the musicians that played the rambles. She said she held Levon's hand the night he died.

She heard from him every Christmas, every holiday. A phone call, gift basket, or something. But no more.

When the State Review Board meets Aug. 1, it will also consider the Brown Duke Diner near Magnolia in Columbia County and the Old Galatia Church near Norfork in Baxter County for listing on the Arkansas Register of Historic Places.

For nomination to the National Register of Historic Places, the board will consider: 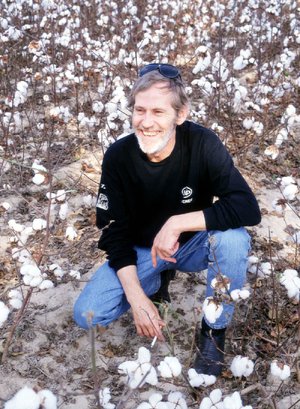 Photo by Democrat-Gazette file photo
Levon Helm is shown in this file photo. 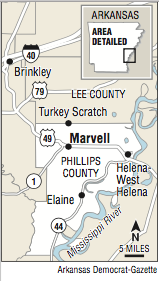 A map showing the location of Marvell