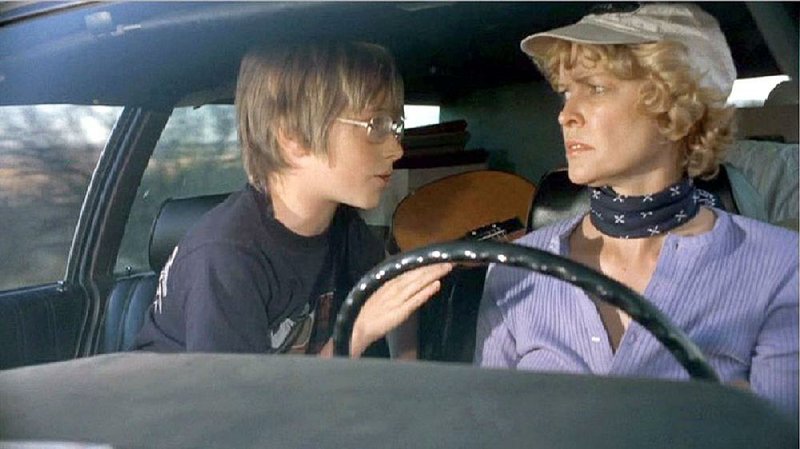 Scorsese got to do it because Ellen Burstyn chose him. She had some clout at Warner Bros. at the time, having been nominated for an Oscar for her role in The Last Picture Show (her co-star Cloris Leachman had won), and the studio was excited about her work in the yet-to-be-released The Exorcist. (For which she'd be nominated for another Oscar.) They wanted to work with her on another project, and her agent had just sent her Robert Getchell's script for Alice.

She liked it, and Warner Bros. agreed to do it.

"It was early in the woman's movement, and we were all just waking up and having a look at the pattern of our lives and wanting it to be different," she told Turner Classic Movies' host Robert Osborne years later. "I wanted to make a different kind of film. A film from a woman's point of view, but a woman that I recognized, that I knew. And not just myself, but my friends, what we were all going through at the time ... Then they asked who I wanted to direct it. I said that I didn't know, but I wanted somebody new and young and exciting. I called Francis Coppola and asked who was young and exciting and he said, 'Go look at a movie called Mean Streets and see what you think.' It hadn't been released yet, so I booked a screening to look at it and I felt that it was exactly what ... Alice needed, because [it] was a wonderful script and well-written, but for my taste it was a little slick. You know -- in a good way, in a kind of Doris Day-Rock Hudson kind of way. I wanted something a bit more gritty."

So she interviewed Scorsese. At their meeting, she told him she wanted the story told from a woman's point of view.

"I can't tell looking at your film if you know anything about women," she said.

She told The Telegraph of London that Scorsese "did learn a lot" working on the film.

"He's physically delicate and he's very short," she said. "And I don't think his relationships with women up until that point had been very successful."

The irony is that while Burstyn was determined to make a feminist picture, she -- despite finding the script and finding the director -- didn't seek and wasn't given a producer's credit on the movie. But she did win a best actress Oscar for her role as would-be singer Alice Hyatt, a 35-year-old who, after the death of her abusive husband, hits the road with her 11-year-old son in search of a different kind of life.

I screened Alice Doesn't Live Here Anymore for my LifeQuest of Arkansas summer series last week -- we meet at Riverdale 10 (thanks for the use of the theater!) on Thursday mornings to watch and talk about movies. The week before we watched Leo McCarey's all-but-forgotten classic Make Way for Tomorrow (1937). Both of these films are about displaced persons -- McCarey's movie is about an older couple who, having lost their house in the Depression, are forced to split up.

The unexpressed theme of this summer's movies is displacement. Other films I'm considering showing are Nicholas Ray's They Live By Night (1948), Carl Dreyer's 1928 silent The Passion of Joan of Arc, and Yasujiro Ozu's Tokyo Story from 1953.

My dilemma is that I only have two weeks left in the class, so I'll have to drop one of the films. I'll probably leave out Tokyo Story, because it was so clearly influenced by Make Way for Tomorrow.

But I could have gone the other way. It would be really interesting to watch Tokyo Story so soon after watching Make Way for Tomorrow, especially since one of my LifeQuest patrons raised the question of how the older couple's troubles might translate to another culture where elders were more venerated.

And we could have followed that up with a screening of Bagbhan, a highly regarded 2003 Indian Hindi drama film directed by Ravi Chopra (which I've never seen) that is reputedly based on Make Way for Tomorrow.

Still, there's another thing I want to demonstrate to my class -- something that's important for anyone who cares about cinema -- by contrasting the styles of Scorsese and McCarey.

Like Brian De Palma, Francis Ford Coppola, George Lucas and Steven Spielberg, Scorsese was a movie brat, one of the first film school products to make a mark on Hollywood. He identified filmmaking as a goal early on, after a flirtation with the priesthood. Informed by Powell and Pressburger and Italian neo-realism, he saw himself as an artist.

McCarey was a failed lawyer who got into show business because studio magnate Max Roach liked him. McCarey initially thought he could be an actor -- he was handsome, with a marked resemblance to his sometimes leading man Cary Grant (who reportedly imitated him in The Awful Truth, which won McCarey his first best director Oscar) -- but Roach encouraged him to get into the creative side of the business.

McCarey started out writing gags, moved on to directing silent comedies (he was the guy who teamed Laurel up with Hardy) and eventually became one of the biggest directors in Hollywood. He directed the Marx Brothers' best movie, Duck Soup, as well as huge box office hits Going My Way and Bells of St Mary's.

McCarey probably came to see himself as something of an artist as well -- he moved from screwball comedies in the 1930s to more serious social issue movies with heavy morals in the '40s and beyond. Catholicism looms large in both Scorsese's and McCarey's stories; Make Way for Tomorrow can be seen as a bridge film between McCarey's periods. But McCarey was never a virtuostic filmmaker. His camera usually did the usual thing. His gift was working with actors. While his films can feel stagy and even stilted to modern audiences used to more naturalistic acting styles, they are informed by a deep knowledge of how human beings actually are.

I wouldn't argue that he's a better filmmaker than Scorsese, only that there's a different quality to his work. McCarey had interests outside cinema; he lived in a less rarefied world than the intense cinephiliac that is Scorsese.

So in some ways Alice Doesn't Live Here Anymore feels less rooted in the real world than Make Way for Tomorrow. Even with a presence like Burstyn at its center, it's more the product of the director's vision. McCarey has a style, but it's subtler. You might find it less intrusive, less distinctive, or even less interesting. But it's there.