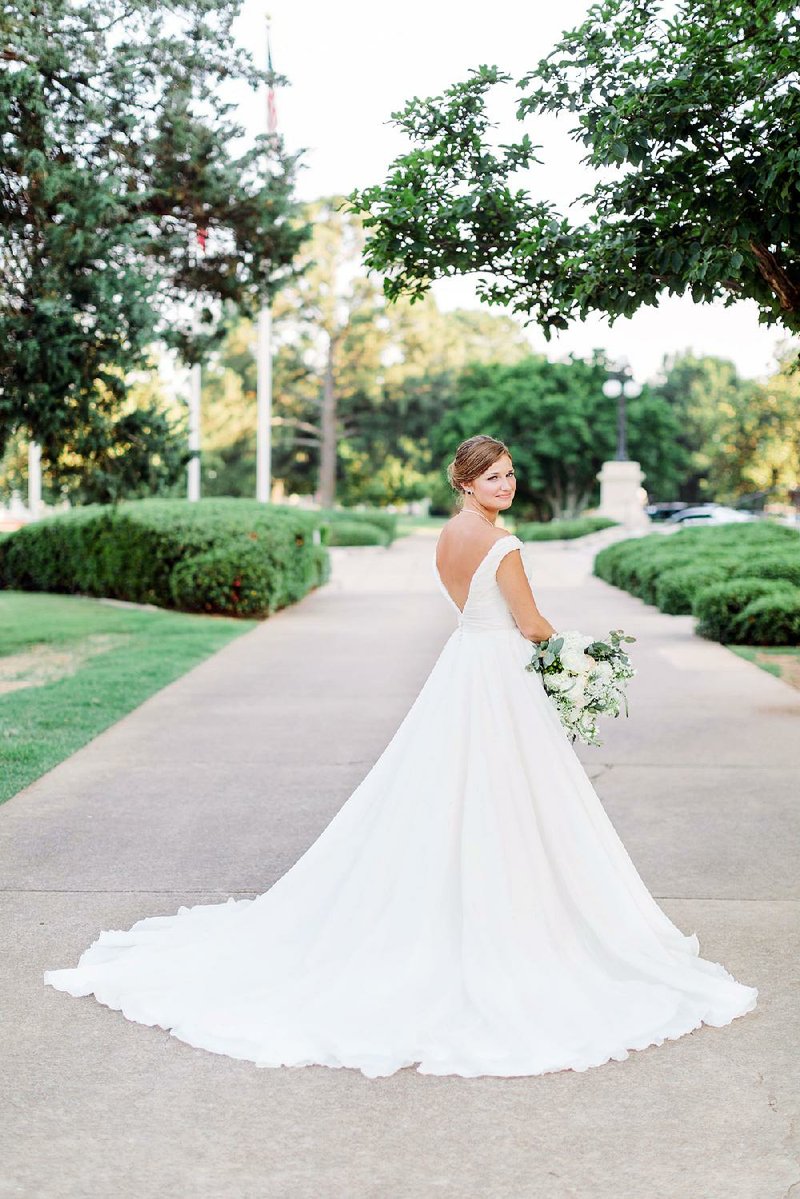 Pam and Richard Harrod Blank Jr. of Little Rock are the parents of the groom. He is the grandson of Dorothy and the late John David Jackson and the late Carrol and Dr. Richard Blank, all of Tampa, Fla.

Given in marriage by her father, the bride wore a sleeveless organza ballgown. The pleated cross-over bodice had a V-neckline and the full skirt extended to a court-train. She carried a bouquet of hydrangeas, Queen Anne's lace, blush and white roses and ranunculus.

Caroline Cook Holt of Little Rock was her sister's matron of honor. Bridesmaids were Erin Childress, Ellen MacMillan, Geri Bemberg, cousin of the bride, and Callie Gutierrez and Chandler Bailey, sisters of the groom, all of Little Rock; Abbey Atwill of Cleveland, Miss.; Taylor Richmond of Nashville, Tenn.; Mary Katherine Baldwin of Fayetteville; and Mollie Wildmann of Memphis. They wore champagne gowns of douppioni silk and carried bouquets similar to the bride's.

Also assisting the bride were Cory Bolton of Boston and Julia Kyser and Maggie Turner, both of Little Rock. Flower girl was Eva Louis Gutierrez of Little Rock, niece of the groom.

Guests were seated by Emmery Cary of Carrolton, Ga., and John Young Jr. of Salt Lake City, cousins of the groom.

A reception at the Clinton Presidential Center was held after the ceremony. Tables held arrangements of hydrangeas, blush and white roses, snapdragons and gladiolus. A hand-tied garland of greenery with hydrangeas and roses centered the head table. Music was by FunkyTown.

The groom has a bachelor's degree in management from UALR and is a bonds assistant at Stephens Inc.

The couple will live in Little Rock after a wedding trip to Pasitano and Florence, Italy.