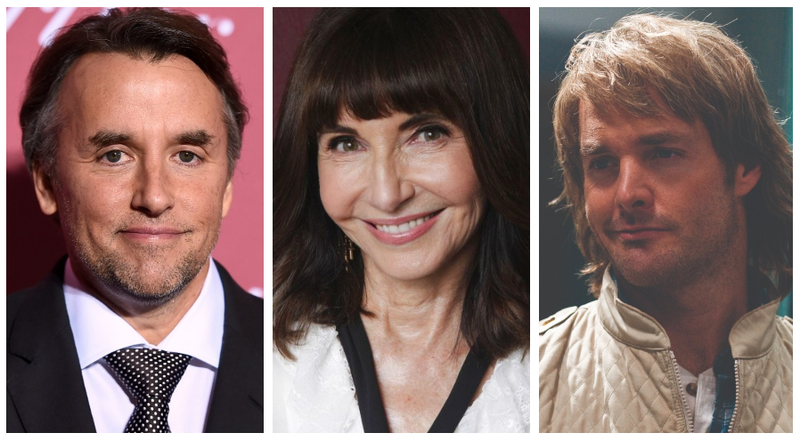 Director Richard Linklater, actress Mary Steenburgen and comedian and actor Will Forte are shown in these file photos.

The Oscar-nominated director of Boyhood, Before Sunrise and Dazed and Confused will help open next month's Filmland, a weekend of screenings and afterparties in Little Rock presented by the Arkansas Cinema Society.

The group said in a news release that the four-day event opens Aug. 23 with director Richard Linklater screening his 1998 film The Newton Boys and then participating in a question-and-answer session.

The co-creators of the FOX series Last Man on Earth, including comedian and former Saturday Night Live cast member Will Forte, will screen episodes of that show on Aug. 25, the release noted. A showing of the Forte-starring film MacGruber is also planned.

The weekend will also feature screenings of Arkansas-made productions, including on Aug. 24 the state premiere of Antiquities. Writer and director Daniel Campbell, co-writer Graham Gordy and actress Mary Steenburgen are scheduled to attend.

David and Christina Arquette, meanwhile, will screen a documentary they produced about life in prison and Ben Nichols, the lead singer of the group Lucero, will perform. Nichols' brother, Jeff Nichols, is the board chairman of the cinema society. He will lead the discussion with Linklater, and also discuss with his brother a music video he directed for Lucero, according to the release.

The screenings will all be held in the Ron Robinson Theater in Little Rock's River Market District. Tickets on sale for the event go on sale next week, though society memberships are on sale now and include 4 tickets to screenings and other perks.