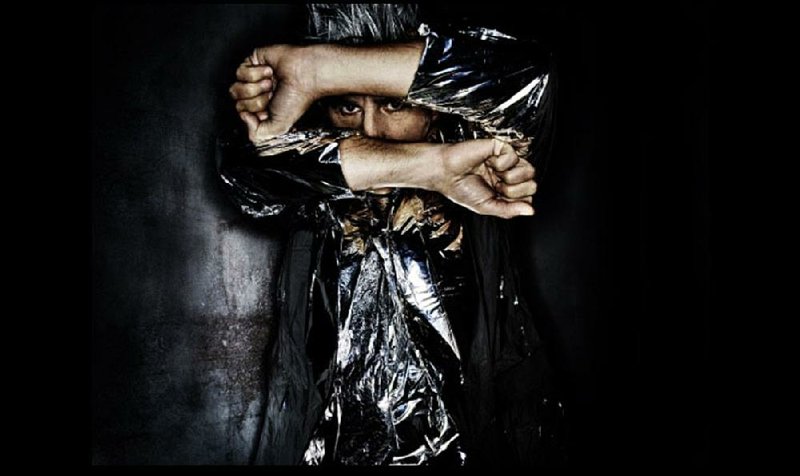 The record of the summer may be Astral Drive by a band called Astral Drive, which is really a British guy named Phil Thornalley. If you haven't heard the record, maybe you're like me and rely on your own record collection and a few specialized curators for your music. I would have missed it if a reader hadn't directed my attention to it. That's the way we find out about cool things these days.

Anyway, Astral Drive (Lojinx) is supposed to sound like a Todd Rundgren record from 1978, and it does. Obsessives note that Rundgren's classic power pop double album Something/Anything from 1972 was largely written and recorded at a house Rundgren rented on Astral Drive in the Hollywood Hills. Astral Drive sounds like the AM radio that those of us old enough to remember AM radio think that we remember. It's like one of those mix-tape soundtracks from the Guardians of the Galaxy movies -- only it's comprised of hit records you never heard.

It's one of those wonderful rock 'n' roll swindles, a bit of induced paramnesia from a fake band: Thornalley wrote all the songs, essentially plays all the instruments and produced the album, just like Rundgren did with Something/Anything. He's no wide-eyed 16-year-old; he's a gray-haired pro with a 40-year resume.

Yet your ears don't know that -- all they know is the way the album works, which is like nostalgia in that it evokes something that never quite was. Astral Drive feels dreamy and pre-punk, shot through with sunshine with just a hint of melancholy. It's sonic virtual reality, something you can get lost in. It transports. It connects. And so it succeeds.

Is it authentic? Does it matter?

It feels like pop -- a little joyful plosion blooming somewhere near your heart.

Thornalley has been a steady backline hand for years; he started out working as an engineer with legendary producers like Mickie Most, Steve Lillywhite and Alex Sadkin in the 1970s. Those guys produced records by everyone from the Animals and Herman's Hermits to the Rolling Stones and Bob Marley. Thornalley produced the Cure's album Pornography when he was 21; he made a little money when he mixed Duran Duran's album Seven and the Ragged Tiger in 1983. He also worked with other arty post-punkers like Prefab Sprout, Graham Parker and XTC in the '80s.

He toured as the Cure's bass player for a while, and toward the end of the 1980s replaced Clark Datcher as the frontman of the sophisti-pop outfit Johnny Hates Jazz. He co-wrote the song "Torn" which was a megahit for Natalie Imbruglia in 1997. He wrote a number of 21st-century hits for British pop singer Pixie Lott, has been an in-demand studio musician and producer, and recently he has been touring as Bryan Adams' bass player.

I didn't know any of this about Thornalley until I started researching this piece; his name was familiar because I've been an obsessive reader of album credits for 50 years. Then I found an enlightening interview with him on the website for Sound on Sound magazine, conducted by columnist Paul Tingen.

Tingen was talking to Thornalley about his emergence as a pop songwriter after a long career as an engineer and producer. Thornalley told Tingen that Imbruglia's version of "Torn" (he also co-wrote and produced four other songs on her debut album Left of the Middle) was a "career-saving experience."

"My natural inclination has always been to make pop," Thornalley said. "Having had such success with Natalie, I suddenly was a pop writer and producer, and I'm not unhappy about that at all. The artists that I worked with ... all have their own artistic voice, but I don't think I ever had that. I'm not ashamed to say that. I have always felt that I am a craftsman: I like to make things. Some people know how to make a chair or a table, and if someone comes to me with a request to make something in music, I go: 'Oh, yes, I know how to do that.' Of course I respect artists: my biggest influence is Todd Rundgren; but I'm not an artist or protest singer."

This kind of humility might seem out of place in a would-be pop star, but we've always had performers who've hidden behind pseudonyms, assumed personas and at times literal masks (Buckethead, Daft Punk, KISS, MF Doom, Slipknot, etc.). Sometimes you don't put your photo on the album cover simply because the marketing department doesn't want the kids to know you're not one of them. Sometimes you just want to preserve a viable personal life.

We might speculate that Astral Drive -- which isn't quite a one-man band; Thornalley's Bryan Adams bandmates Mickey Curry, Gary Breit and Keith Scott help out on a few songs and longtime Rundgren collaborator Kasim Sulton contributes backing vocals -- is a bit of a goof for Thornalley, that maybe he didn't quite take it seriously, that he had this weird idea that he wanted to set free in the world while holding onto his various day jobs.

But just because you don't think you're all that special doesn't mean you can't create something sublime. Rock 'n' roll is filled with examples of what critic Manny Farber called "termite art" -- created as the byproduct of some more quotidian or crass venture. Lots of bands who could barely play their instruments have stumbled into ferocious hit records. Sometimes the best pop is produced by enthusiastic amateurs.

"Punk was about energy rather than being able to play well, and I'm still into the idea that music is about ideas and not about virtuosity," Thornalley told Sound on Sound in 2010. "I call it the spirit of the youth club, where you try to capture the way you felt when you were 16 or 17. You go for passion. Of course, we have technique on our instruments now, but it's still a matter of keeping it simple and enjoying playing, rather than showing off one's skills."

And now, eight years later, he gives us Astral Drive, a 10-track concept album (the CD contains an 11th bonus track) that feels like the product of a precocious 16-year-old who wasn't over-thinking things in the late '70s. There's something like the Midwestern openness of vintage Matthew Sweet here, maybe a bit like some of Ween's work (without the sardonic lyrics), or a slicker sort of Big Star. But mostly it feels like what Thornalley set out to construct -- a "relic-ed" album that might pass as an old classic you'd somehow missed.

It sounds oddly American, and not just because the lead single is the infectious "Summer of '76," a lilting paean to the country's bicentennial year that seems destined to become a perennial sing along: I was young and green, nearly 17, rolling high, smoking weed, I was dreaming dreams/Days went on and on, I tried to write my songs, learned some chords, kissed some girls, I was feeling strong ...

The way the stabbing piano line bops along is reminiscent of the monstrous Captain & Tennille hit "Love Will Keep Us Together."

It sounds like Rundgren, especially in the Philly Soul-infused ballad "Wishing I Could Change the World," and in the melodic "Love Is Real." Motown sneaks in on the title track, there's a Hall & Oates-meets-10cc vibe to "Child of the Universe" and "No One Escapes" comes dangerously close to parodying a certain kind of mid-'70s album-oriented rocker. It made me laugh out loud.

There really isn't a weak track on the album.

Thornalley might profess that he's no artist (maybe he has changed his mind) but there's nothing wrong with being a craftsman when you build something this delightful. I don't know that Astral Drive will survive the next 40 years, but it has won the moment by projecting us home to a place we'd never been before. 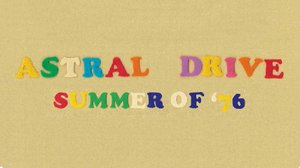