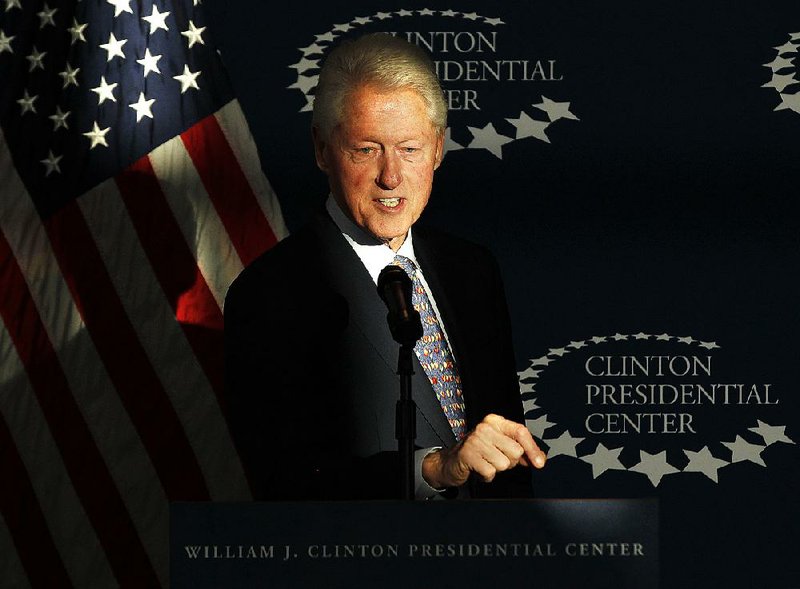 Former President Bill Clinton is shown in this file photo.

That's up sharply from the $395,000 distributed in 2016, but down from $2.6 million in 2015. The number of Arkansas organizations receiving funds continued to fall.

Known as the Clinton Family Foundation, the charitable nonprofit is based in Chappaqua, N.Y., where the former first couple settled after leaving the White House in 2001.

The Arkansas Democrat-Gazette requested and received a copy of the Clinton Family Foundation's 2017 tax return, known as a Form 990-PF. Federal law states that the document, which was signed by the former president on May 3, is "open to public inspection."

As in past years, foundation representatives did not discuss the Clintons' charitable giving.

The nation's 42nd president is the foundation's president. His wife serves as secretary-treasurer and his daughter is a director.

In 2017, Bill and Hillary Clinton donated $1.5 million to the family foundation, which accepted no gifts from outside sources.

Fair market value of all the foundation's assets was $2.6 million as of Dec. 31, the Clintons reported.

The largest single donation -- $500,000 -- went to the Clinton Foundation, a far larger organization that, among other things, operates the Clinton Presidential Center, which houses the presidential library and museum. It has offices in both Little Rock and New York City.

In addition to the $100,000 gift, former President Clinton helped the Bush library foundation raise more than $41 million in aid for the victims of 2017 hurricanes Harvey, Irma and Maria.

In the wake of the storms, the foundation also donated $1,000 to St. PJ's Children's Home in San Antonio and $25,000 to the Texas Diaper Bank in San Antonio.

Few details were available about the Norwalk Hospital Foundation grant. Officials there did not respond to a request for comment.

The George Washington University donation was earmarked for the Rodham Institute at the university's School of Medicine and Health Sciences. The institute is named after the former secretary of state's mother, Dorothy Rodham. Its founding director, Dr. Gigi El-Bayoumi, was Rodham's physician.

"The Rodham Institute is all about using education to improve health equity here in Washington, D.C., since we have such problems with disparity," El-Bayoumi said. "The [Clinton] family has been generous in supporting our mission. They give donations pretty regularly."

Other Washington recipients included the Shakespeare Theatre Company ($10,000) and Sidwell Friends School ($10,000), where Chelsea Clinton attended in the 1990s.

Last year, the family foundation gave $40,500 to the Central Arkansas Library System Foundation in Little Rock, money that will be used to process some of Clinton's gubernatorial papers. The system's Butler Center for Arkansas Studies received the 3,600 linear feet of Clinton-related boxes in 2003 and is meticulously organizing and archiving them.

The University of Arkansas System received $25,000. The money appeared to be earmarked for the Clinton School of Public Service. The recipient's address was listed as Sturgis Hall, 1200 President Clinton Ave. in Little Rock.

The foundation also gave $1,000 to College Avenue Church of Christ in El Dorado. 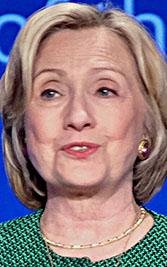 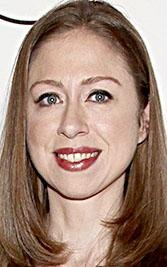 Photo by Invision/AP file photo
Chelsea Clinton is shown in this 2017 file photo. 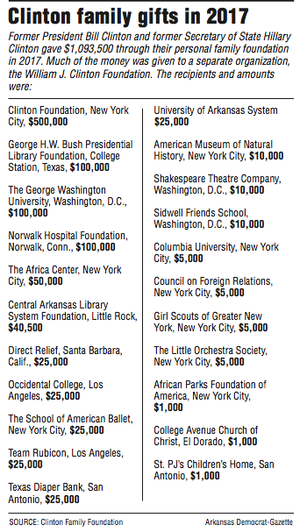 Information about Clinton family gifts in 2017.