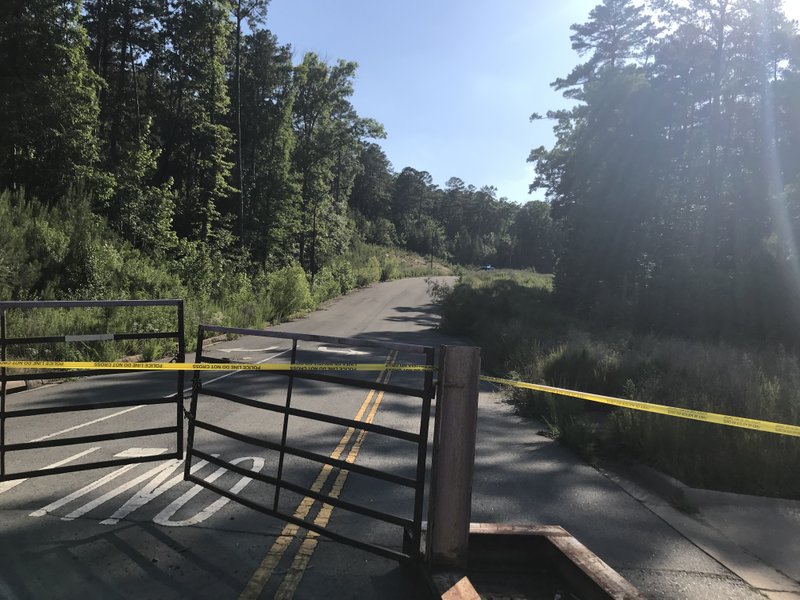 Police tape marks off the area where a body was found off Rahling Road in west Little Rock on Tuesday, June 5, 2018.

Police say a body of a man was found in a residential area of west Little Rock on Tuesday afternoon.

According to the Police Department's dispatch log, officers responded to a "subject down" in the area near the intersection of Rahling Road and Charleston Lane about 3:30 p.m.

A black motorcycle was later towed from the scene.

His cause of death was not released, and Ford said the case is not being investigated as a homicide. The body has been sent to the state Crime Lab for analysis, the spokesman added.