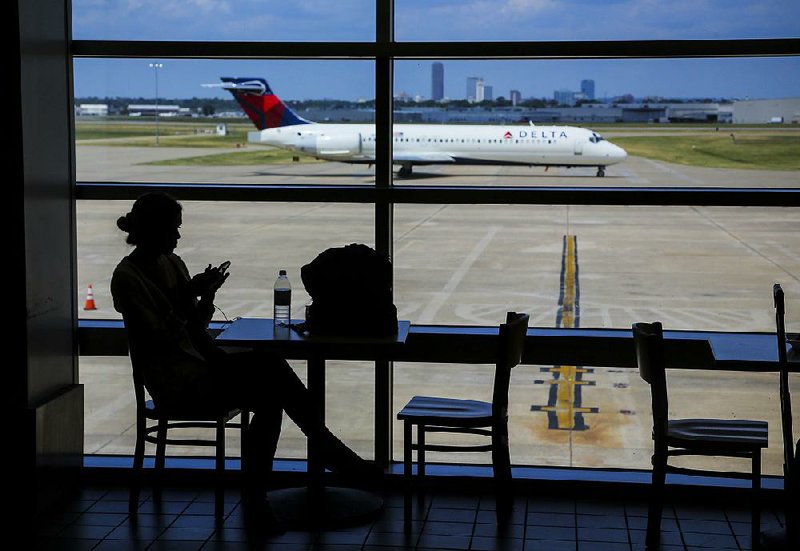 Airline passengers will soon need to keep their cash in their pockets, or it will cost them at the ticket counter.

American Airlines, which hasn't accepted cash payments for snacks and drinks on flights since 2010, also wants to eliminate cash at the ticket counter for checked bags or overweight bags and other fees.

"There's a very small chance somebody is actually using cash," said Ross Feinstein, a spokesman for American Airlines. "There's a cost to handling the cash, hold it and depositing it. All of our hubs are cashless."

Delta Airlines' website shows more than 50 airports at which it no longer accepts the greenback.

At those airports, "customers without an accepted form of payment may elect to purchase a Visa gift prepaid credit card payment card from a kiosk provided by a third-party vendor for a nominal fee," according to the Delta website.

Some airlines already are cashless, including budget carriers Allegiant Air and Frontier Airlines.

"We accepted cash at ticket counters until September of 2010," said Krysta Levy, a spokesman for Allegiant. "We no longer accept cash at our counters or on board our aircraft for purchases."

Both Allegiant and Frontier offer flights from Clinton National, where, at the behest of the airlines, officials are moving forward with a solution for the small segment of its 1 million passengers who still prefer to use cash.

"Current projections indicate that approximately 6 to 10 percent of travelers are dependent on cash to pay airline fees," according to a document outlining the "cashless airport program for airlines."

At the request of the airlines, Clinton National wants to install two "cash to credit" machines in the ticket lobby.

"Many of the airlines are going cashless -- meaning they require cards for paying bag and other fees at the counter," the staff said in documents submitted to the Little Rock Municipal Airport Commission's lease and consultant selection committee, which will take up the proposal at its monthly meeting Tuesday.

The Clinton National officials are seeking commission approval for the kiosks that would be installed, serviced and maintained by Ready Credit Corp. of Eden Prairie, Minn.

The company, which describes itself as a "leading innovator of prepaid product solutions for the cash-reliant consumer," has installed the kiosks in 75 other airports.

The kiosk will allow a customer, for a $5 fee, to purchase a card that can be loaded with up to $1,000 and used for purchases where Visa cards are accepted.

"Think of it as a reverse ATM," said Shane Carter, the spokesman for Clinton National. "The airlines are our customers as well as the passengers. This will help both of them."

Ready Credit would retain ownership of the kiosks and would pay nominal rent to Clinton National, either a minimum annual guarantee of $1,825, which is based on the sale of 10 cards per day, or 10 percent of gross revenue, whichever is greater.

"Projections are that Delta and American customers will average 12 cards per day," according to the proposal.

Assuming the commission approves the proposal at its June 19 meeting, the kiosks would be installed by mid-September.

The kiosks will give an option to customers who prefer to carry cash, according to Feinstein.

"We're not eliminating cash," he said. "We're finding a solution."