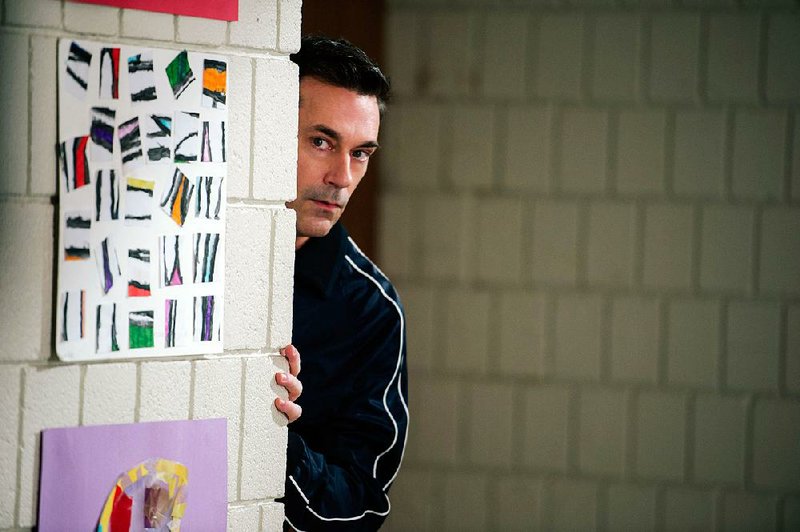 Tag takes a child's game and drags it out beyond what is conscionable. To their credit, freshman feature director Jeff Tomsic and screenwriters Rob McKittrick and Mark Steilen manage to coax a few laughs from the film's thin premise.

Based on a Wall Street Journal article by Russell Adams, the film follows a group of lifelong friends who've played an elaborate game of tag since their school days. Like the folks in Adams' article, these folks don't know when to quit. Hoagie (Ed Helms) is a successful veterinarian, and Callahan (Jon Hamm) is a corporate executive whose investment in the game attracts the attention of a reporter (Annabelle Wallis).

Rating: R, for language throughout, crude sexual content, drug use and brief nudity

Intrigued, the correspondent discovers the players are acattered across the nation and remain single-minded about their struggle to avoid being tagged.

In Denver, tag is about all that stoner Randy (Jake Johnson) does aside from legally imbibing . Sable (Hannibal Buress), who lives in Portland, finds the game a release from wondering if his wife has been unfaithful. Both are so worked up about the game that their paranoia causes them to miss more urgent details in front of their own faces.

All the participants are on their way to Spokane, Wash., to finally ruin the perfect record of Jerry (Jeremy Renner). His record has stood for so long, in part, because he runs a gym and is still strong, quick and agile while his buddies have gotten paunchy and slow. Jerry's kind of a jerk about it, regularly taunting the others and setting humiliating and potentially bone-breaking booby traps. Most audaciously, he decided to get married in May, the month of their annual competition.

While Jerry's bride (Leslie Bibb) wants nothing to do with the game, Hoagie's wife, Anna (the reliably over-the-top Isla Fischer), conspires with -- and seems to take the game even more seriously than -- her overzealous husband.

When it's working, Tag is a reassuring reminder that age is no governor on immaturity or vulgarity. It gets redundant to see Randy going everywhere with a bong or some other way of getting his seemingly hourly dose of THC, but hearing Buress unload about his obsession with his significant other's love life is sidesplitting, particularly when his therapist is Portlandia's Carrie Brownstein.

Renner doesn't take many comedic roles, but Jerry's monomaniacal pursuit of tag dominance gives him a chance to show that devoting one's life to a game most adults have happily abandoned can be pretty damn funny.

Renner approaches Jerry's quest for perfection the way a martial artist would and offers Zen descriptions as the others try in vain to make him It. The supporting cast is consistently solid, and it might have been more fun to focus on a bartender (Steve Berg) who'd like to be in with the cool kids even though neither he, nor they, are kids anymore. His pathetic and oddly touching attempts at fitting in are sometimes funnier than the endless game itself.

Thankfully, the filmmakers have managed to squeeze in a few extra gags as the closing credits roll. Perhaps if they had spent a little more time thinking of ways to make the rest of the movie as consistently funny when text isn't scrolling, the viewers could become as hooked on the game as the people on screen. 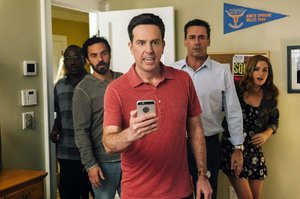