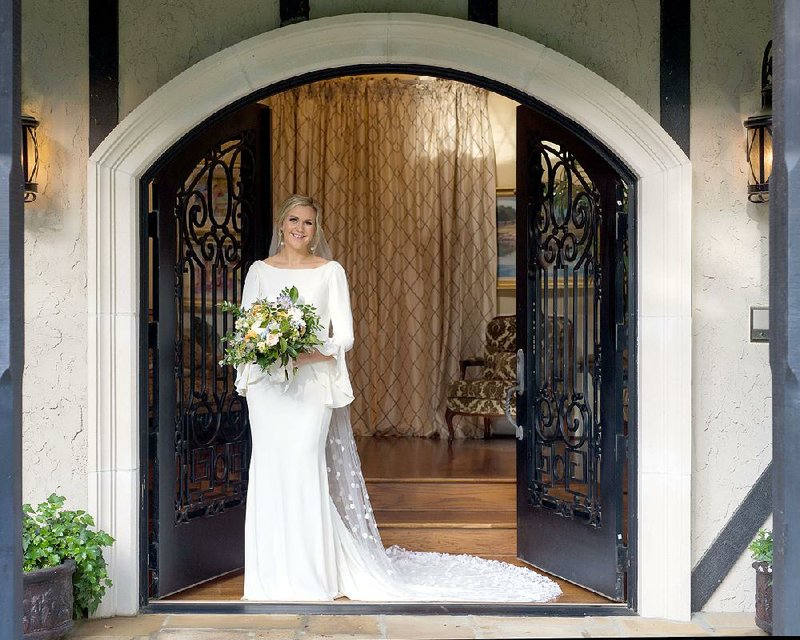 Dana and Joe Kleine of Little Rock are the parents of the bride. She is the granddaughter of Kay and Dan Tucker of Hot Springs Village and the late Francis and Robert Kleine.

The groom is the son of Carol Jo and Tony Lambert of Stuttgart. His grandparents are the late Mary and Mendel Everett Lambert and the late Mildred and Gene Rogers.

The chancel was decorated with arrangements of dogwood branches and greenery. Music was by organist Rees Roberts.

The bride, given in marriage by her father, wore an ivory long-sleeve gown of double silk crepe. The fitted bodice had a bateau neckline and draped back and the skirt extended to a cathedral-length train. She carried a mix of blush and white peonies, roses and magnolia leaves.

The groom's honor attendants were his brother, Scott Lambert of Little Rock, and his father. Groomsmen were Daniel Kleine of Cave Springs and Will Kleine of Little Rock, brothers of the bride; Trey Gowan, Chase Barnes, Jarrod Shults and Miles Morgan, all of Little Rock; Bennett Gardner of Stuttgart; Matt Inman of Helena; Ross Dunn of Fayetteville; Murray Benton of Jonesboro; Jesse Walt of Altheimer; and Nicholas Inman of Thomasville, Ga.

An outdoor reception was held after the ceremony at the home of the bride's parents. Tables with umbrellas in the backyard held planters filled with peonies, roses, scarbosia, tweedia and magnolia leaves. Music was by The Rockets.

After a wedding trip to Cancun Mexico, the couple will live in Little Rock.