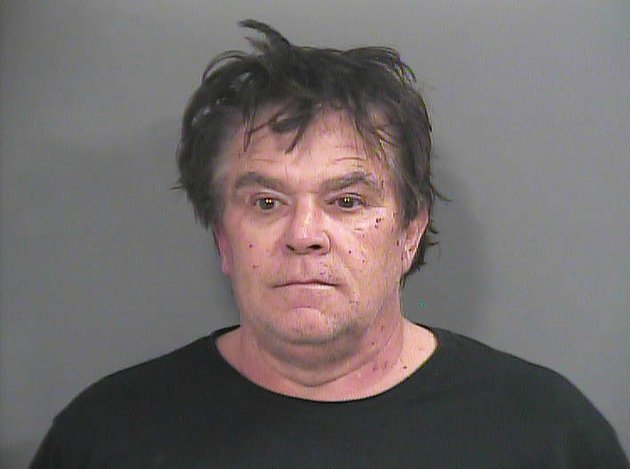 A lobbyist whose firm spent $3.5 million in Arkansas reported total legislator-related expenses of only $12,170 from 2010 to 2017, a comparison of his federal guilty plea and state ethics records show.

Milton R. "Rusty" Cranford could spend up to 10 years in federal prison after pleading guilty June 7 to one count of federal program bribery. The client that paid for the influence peddling and campaign fundraising, according to his plea, is Preferred Family Healthcare of Springfield, Mo. Cranford entered his guilty plea in U.S. District Court there.

Arkansas’ results in a 2015 rating by the Center for Public Integrity of accountability and transparency are available online at:

"This can be seen in the stellar reputation for compliance and service that PFH enjoyed prior to that merger," the company said in a statement. "We understand confidence has been shaken by the misdeeds of others, and we are committed to working with our partners to show it is a new day at PFH."

Spending of more than $400 for lobbying members of the state Legislature is supposed to be reported under state law, according to the executive director of the state Ethics Commission. Cranford's lobbying firm spent $3.5 million of Preferred Family's money between 2010 and 2017, court records show. The Cranford Coalition lobbying firm reported $12,170 in legislator-related expenses from February 2011 through the third quarter of 2015 on its lobbyist financial-disclosure forms. The list includes items such as food provided at legislative committee meetings and has an average cost of about $810 per event.

Cranford's plea documents in federal court, however, disclose his firm spent $7,000 in one week in January 2012 on fundraisers for contributions to lawmakers. Those documents also disclose a $5,000 expense for a gubernatorial candidate's fundraiser at the Capital Hotel later that year.

How much of the $3.5 million spent for lobbying and fundraising and how much was kept by co-conspirators in the scheme is not estimated in the guilty pleas. For instance, $613,600 of that $3.5 million went back to a co-conspiring executive of Preferred Family as a kickback, Cranford's plea document says. Preferred Family also paid Cranford rent for houses in Texas and Florida, two states where the company has no operations, Cranford's plea documents say.

What changes the state's Ethics Commission will recommend in light of events uncovered by federal investigators have not been determined, commission executive director Graham Sloan said in a telephone interview.

Arkansas' ethics laws leave reporting of lobbying and campaign expenses up to the entities involved, Sloan said. For instance, it is a lobbying firm's responsibility to report its expense hosting a fundraiser for a candidate, he said. It is the responsibility of the candidate to report the contributions he receives from guests at that fundraiser.

The system relies on voluntary compliance, and people reporting noncompliance to the Ethics Commission, Sloan said. Any change in that system would require new law, he said.

"That's one only the Legislature can change," he said.

The state Senate has scheduled a meeting for Tuesday to vote on new ethics rules, such as setting up a Select Committee on Senate Ethics. Changes in reporting requirements would require legislation to pass both chambers and be signed into law, Sloan said.

"The challenge of corruption in government is larger than the Senate and requires more than fine-tuning ethics rules in one chamber," Henderson said.

"We've had some budget constraints lately so it's not 100 percent," Lucas said of the audits in a telephone interview Thursday. Still, every lawmaker and would-be lawmaker knows there is a good chance of being audited each year, he said.

"What really makes a difference is that there are civil penalties for noncompliance," he said.

Alaska's standards were not passed by the Legislature, Lucas said. The state's voters put the standards into place in 1996 by initiated act. There has been little change to the law since, he said. Besides audits, the law forbids any business from making contributions and limits contributions by individuals to $500 and by registered groups to $1,000, he said.

The limit in Arkansas for contributions is $2,500.

Alaska does the best job of any state in holding state legislators accountable, said Gordon Witkin, executive editor of the Center for Public Integrity in Washington, D.C. The center is a news organization that specializes in matters of government transparency, efficiency and accountability.

The center studied state government accountability in a number of areas in 2015, which would have been when Cranford's practices were still fully underway. Arkansas ranked 46th out of the 50 states for legislative accountability. The grade was derived from looking at factors such as access to legislative working papers. Such records are specifically exempt from the state's Freedom of Information Act. Other factors included whether financial-disclosure forms are audited.

By comparison, Arkansas' budget process ranked 15th out of the 50 states for openness and accountability to the public in that 2015 study.

"What you describe sounds very similar to the problems in the state of New York, where they've had horrific problems with nonprofit companies having ties to legislators," Witkin said. "But what you're seeing is not specific to Arkansas or to New York. Lawmakers having ties to nonprofits that receive government funds, and not disclosing those ties, is a serious problem nationwide."

Four former state lawmakers have pleaded guilty or been convicted at trial in federal court so far for taking bribes or kickbacks from Cranford and his nonprofit corporation lobbying clients who also donated to those lawmakers' campaigns, records show. Those ex-lawmakers are Jon Woods of the Senate; Hank Wilkins of the House, who had previously served in the Senate; and House members Micah Neal and Eddie Cooper.

Preferred Family Healthcare is a behavioral-health provider and substance-abuse treatment company with 47 locations in Arkansas as well as operations in four other states.

Nonprofit companies like Preferred Family receive taxpayer money from programs such as Medicaid. Companies that receive taxpayer money cannot legally lobby for more, Cranford's guilty plea acknowledges. Yet Preferred Family credit cards paid for fundraising dinners for state candidates or for their entertainment in Little Rock and Jonesboro. It was billed for another fundraiser in Texarkana, Cooper's guilty plea shows, but a co-conspiring executive at the company balked at putting a direct expense on company records. Cranford reimbursed Cooper for the event, according to examples cited in federal court records.

The extent of the scheme revealed so far is found in three guilty pleas: Cranford's, Cooper's and that of Philadelphia-based political consultant Donald Andrew "D.A." Jones. All three admitted guilt to federal authorities in Springfield, Mo.

Credit cards from Preferred Family paid the expenses for fundraisers and dinners, the guilty plea says. The company would then pay off the credit cards, according to court documents in the three lobbyists' cases.

The nonprofit group's records reflected the credit expenses and other money diverted in the scheme were attributed to a variety of things such as training costs, consulting by the Cranford Coalition, travel expenses and such, according to court documents in the case of his two co-conspirators.

In the Texarkana dinner, the lobbying firm had to pay directly. Cooper paid by check instead of by credit card for the dinner in which a $500 check went as a campaign donation to an unspecified candidate and another check was written to pay for the dinner bill of $2,851, "roughly half of which was spent on food and the other half on alcoholic beverages (115 separate drink items) and gratuity," according to Cooper's guilty plea. Cooper emailed copies of the checks to Cranford on Oct. 20, 2010. Cranford reimbursed Cooper using a lobbying firm account.

Federal court records also show $2,540 spent in 2013 and 2014 for candidate fundraisers in Jonesboro but disclose no other details.