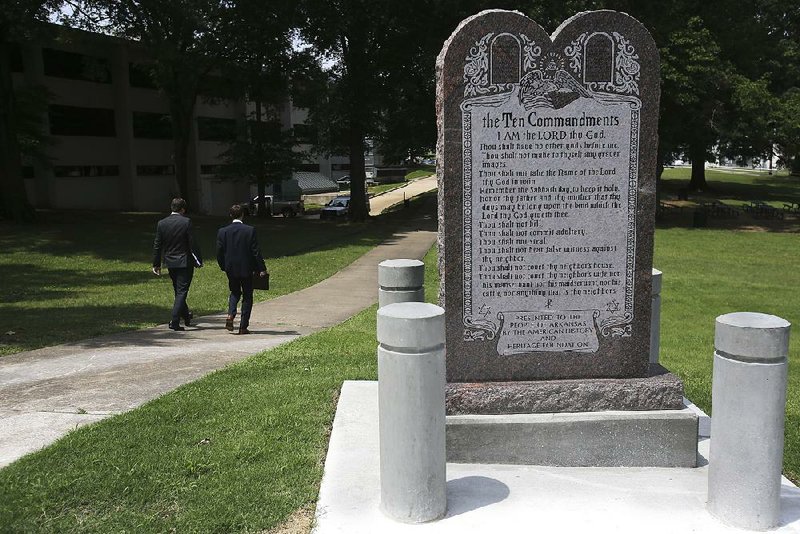 Attorneys for the groups asked Tuesday to consolidate two federal lawsuits challenging the privately funded display. A 2015 law required the state to allow its construction.

The monument was reinstalled in April after the original version was destroyed by a man who crashed his car into it.

The lawsuits claim the display is the government's unconstitutional endorsement of religion. The American Civil Liberties Union of Arkansas sued on behalf of four Arkansas residents. The second suit was filed on behalf of a coalition opposed to the monument.

A man acquitted by reason of mental defect in May of wiping out the statute also destroyed a Ten Commandments monument outside Oklahoma's state Capitol.