The top Democrats in the Arkansas House and Senate on Wednesday asked Republican Gov. Asa Hutchinson to end his commitment to deploy Arkansas National Guardsmen along the southern border, where they have been aiding Border Patrol operations.

The governor said in a brief statement that he would not recall the troops.

The call from lawmakers came late in the afternoon, in separate letters delivered to the governor's office, even as President Donald Trump signed an executive order to end the federal government's policy of separating children from families who have been caught crossing the border.

The letters also asked the governor to renounce Trump's "zero tolerance" approach to immigration enforcement, which had led to the separations.

"What is happening at the border right now is a disgrace and it is not American," said state Rep. Charles Blake, D-Little Rock, who was serving just his third day as House minority leader.

But Hutchinson, who deployed the troops to the border in early May, said the state guardsmen were primarily conducting "air observation," a mission that he said would continue.

"To equate this support for enhanced border security to abetting the separation of children from their parents is misguided," Hutchinson said. "However, I have previously indicated my concerns regarding the separation of families as part of our enforcement at the border. Hopefully, the executive order signed today sets the correct balance between compassion for children and respect for the law."

"Gov. Hutchinson has yet to make clear why these soldiers were sent away from their families and we deserve to know how Arkansans' time and resources are being spent," Henderson said.

Both Blake and Senate Minority Leader Keith Ingram, D-West Memphis, said Trump's change of course Wednesday did not ease their concerns. The pair also requested that Hutchinson make Maj. Gen. Mark Berry, the adjutant general of the Arkansas National Guard, available for questioning by lawmakers about what role the force is playing along the border. Berry did not comment on the request.

According to a spokesman for the guard, eight guardsmen and two helicopters are deployed in areas of New Mexico. About half are pilots and half work maintenance, said spokesman Maj. Will Phillips. None are engaged in law enforcement, he said.

"As far as any separation of families, that has nothing to do with the activities of our soldiers," Phillips said.

Rep. Charlene Fite, R-Van Buren, chairman of the House Committee on Aging, Children and Youth, Legislative and Military Affairs, said she would be happy to meet with Berry to learn more about the operations along the border, though she felt that the detainment of immigrants was "really a national issue." 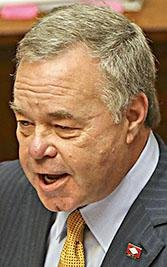 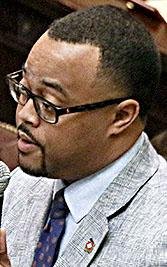