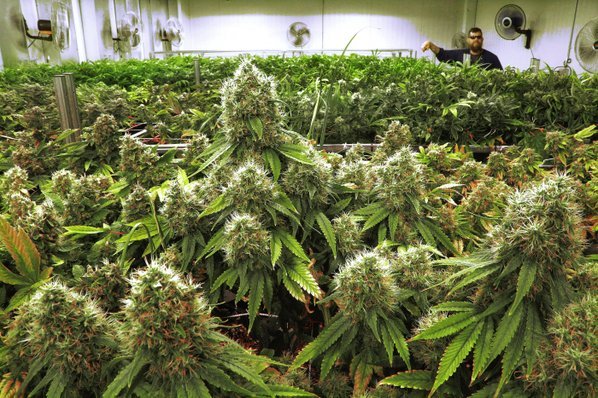 An ethics complaint accusing a member of the Arkansas Medical Marijuana Commission of a conflict of interest was dismissed Friday.

The Arkansas Ethics Commission concluded that the law cited in the complaint didn't apply to Commissioner Travis Story when he was scoring applications for Arkansas' first medical marijuana growing licenses.

Olly Neal, a retired state Court of Appeals judge, made the complaint; Neal of Marianna also is a stakeholder in one of the companies that applied unsuccessfully for a license.

In the complaint, Neal cited a state law (Arkansas Code Annotated 19-111-718) that prohibits "special state employees," like state commission members, from acting in their official capacities on a "procurement matter" in cases where a conflict of interest exists.

Ethics Commission Director Graham Sloan in a Friday letter said the law Neal cited doesn't apply in Story's case because the awarding of medical marijuana licenses is not a procurement matter.

"There was no evidence that the state is purchasing or disposing of commodities or services with respect to the matter in question," Sloan wrote in his dismissal letter to Story. "Instead, the [Arkansas Medical Marijuana Commission] is issuing licenses which grant permission for cultivation licenses to grow marijuana and sell it to dispensaries and issuing licenses which grant permission for dispensary licensees to sell marijuana to patients."

Story's relationship to the Trulove family, which owns Osage Creek Cultivation, has remained a point of contention for a group of unsuccessful cultivation license applicants that wants the application process to be re-evaluated.

Story and his law partner, state Rep. Bob Ballinger, R-Berryville, have helped Jay and Mary Trulove with corporate filings for a handful of businesses unrelated to medical marijuana. The firm also represented the family in a land-use dispute.

Ballinger in March said the firm didn't represent the Truloves in any matter related to the medical marijuana industry; Story and the other commissioners have avoided making any public statements since receiving the 95 applications for cultivation facilities in December.

Neal's complaint and several lawsuits have spotlighted that Story gave Osage Creek the second-highest score of any applications he reviewed. Other commissioners, however, also gave Osage Creek favorable scores, in some cases, higher than Story.

The commission is waiting two weeks for an Arkansas Supreme Court decision to be finalized before continuing with its process for issuing the first cannabis growing licenses. A lower court judge in March had halted the process, in part, because of the appearance of bias in scoring related to Story and another commissioner.

The high court ruled Thursday that Pulaski County Circuit Judge Wendell Griffen didn't have the authority to toss out the scoring process, clearing the way for the issuance of licenses.

It remains unclear how the commissioners will react to the numerous allegations and discrepancies in scoring that have been made public since they released their rankings in February. A commission spokesman said Thursday that the next steps would be revealed once the court's ruling is finalized.