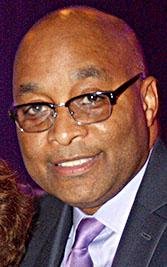 The Arkansas Baptist College Foundation continued raising money after the federal government stripped it of its tax-exempt status, a sanction that generally subjects nonprofits and their donors to tax bills.

In one instance, the foundation managed the money for a February 2017 fundraiser -- ultimately turning over meager proceeds to an organization that is not part of the Little Rock college and that was not listed on promotional items as one of the event's beneficiaries, the Arkansas Democrat-Gazette found.

The foundation, formed in 2010, automatically lost its tax-exempt status in November 2013 after failing to submit required forms to the Internal Revenue Service for three consecutive years, according to the tax agency's website. Nonprofits must annually file IRS Form 990 -- which publicly discloses income, spending, executive pay and other information -- or risk losing their tax-exempt status.

The foundation "was reactivated" in 2016 after a period of dormancy and again began raising money, according to its executive director, but it still hasn't renewed its tax-exempt status or filed independent 990s.

The nonprofit's executive director, former Arkansas Baptist College President Fitz Hill, says the foundation is sharing the college's IRS tax-exempt designation and that its financial activities have been reported on the school's 990 form.

A 2017 internal report by a Georgia-based accounting firm said the college was in "serious financial crisis." The report also criticized the foundation, saying it created an "unnecessary layer of expense." In addition to the foundation, the private, tax-exempt college has an internal fundraising office.

The organization focuses on larger campus goals, not the college's day-to-day operations, he said.

"The basic bottom line is that any contributions made to an organization after its tax-exempt status is taken away are no longer deductible to the donor," Cohen said. "That's the biggest piece of it."

But Hill said that's not the case because of an arrangement between the foundation and college to "protect our donors."

"Once the Foundation tax-exempt status is restored, we will operate independently and file a separate 990 with the IRS," Hill said in response to written questions. "Until that happens, all donations that come to the Foundation are done so as designated gifts to the College to be managed by the Foundation."

Federal law prohibits the IRS from confirming or denying any correspondence, a spokesman said.

Hill referred those questions to the college's 990 documents, saying the foundation finances were included in the school's filing.

The interim college president and his chief of staff did not respond to emails requesting a copy of the 990 form for fiscal 2017, the first since the foundation was revived. The form has not yet been published online.

Gene Takagi, managing attorney for San Francisco-based NEO Law Group, which specializes in nonprofits, said the tax-exemption arrangement described by Hill is allowed in some cases. A newly formed nonprofit, for example, can operate under the "fiscal sponsorship of another entity" while waiting on the IRS to grant its status, he said.

"Until the foundation gets its tax-exempt status, maybe they are designated certain management duties [by the college]," Takagi said. "That is a possibility. Whether they have actually papered it and documented it and [have] precise agreements to state that, is something I don't know."

Takagi, unfamiliar with Arkansas nonprofit regulations, said state regulators sometimes frown when two tax-exempt entities use similar names because "it can be misleading."

Arkansas Attorney General Leslie Rutledge's deputy communications director Jessica Ray said the office can investigate whether public charities misrepresent their tax-exempt statuses or deceive donors. She did not provide a direct answer when asked if the setup Hill described was proper.

An Arkansas Freedom of Information Act request regarding complaints filed about Arkansas Baptist College or the college's foundation since Jan. 1, 2017, turned up no documents.

Aside from not providing the IRS with its 990 forms, the foundation has failed to file annually required reports with the Arkansas secretary of state's office since 2014, records show. Those reports list principal officers and board members but don't include financials. The Arkansas secretary of state's office nonetheless considers the foundation to be in "good standing."

"We do not have enforcement oversight of nonprofit corporations," agency spokesman Chris Powell said. "Technically, there is not a designation other than 'good standing' for nonprofits."

Hill was listed as the registered agent when the foundation formed in 2010 and was on its initial board of directors, according to articles of incorporation obtained from the secretary of state's office.

The foundation was first established to facilitate a $21 million tax-credit transaction in 2011 that paid for a new residence hall and other campus upgrades, an undertaking at the halfway point of Hill's 10-year run as the college president.

After that transaction, the foundation became inactive until Hill revived it in 2016, after resigning the presidency, to focus on "strategic initiatives," he said.

A "major reason" for reactivating the foundation was to get around a restriction the college agreed to in 2014 when accepting a $30 million, federally backed loan to consolidate its debt, Hill said.

As it stands, the college cannot finance new capital projects without previous approval from the U.S. Department of Education because of the loan, but the college's long-term goal was to add another 500 on-campus beds, Hill said.

Hill said he abandoned the plan for more dormitory space when a decline in enrollment accelerated under Joseph Jones, who followed Hill as college president.

Hill said he has "continued to provide critical financial support" to the college. He also led fundraising for the college's annual "Supper and Soul" gala in 2017 and 2018, he said.

When Hill moved to the foundation, he became an academic professor in the business college, and the college committed to paying him a salary in that role, per his employment agreement, he said.

Hill has not been paid, nor did he request payment, because of the school's "financial challenges," he said.

"Hopefully in the near future the college will be able to improve its financial condition sufficiently in order to fulfill its obligations for the services that the college contracted me to provide and that I have honored according to the agreed upon and accepted job description," Hill said.

Jones left the college in December under contentious circumstances -- he said he resigned, but college trustees said he was fired.

Multiple outlets, including the Arkansas Times blog, previously reported that the foundation's tax-exempt status had been revoked, but it wasn't clear whether the organization continued soliciting money, how much it turned over to the college or what purpose it was serving.

Forms on the website for the 2017 MLK 5K Race to Stop the Violence show that the foundation actively raised money.

Little Rock Regional Chamber of Commerce President Jay Chesshir said the chamber was a $2,500 "silver sponsor" that year and wrote the check out to Arkansas Baptist College Foundation. The chamber's logo was on the race's starting and finishing line banners on race day, photos from the event show.

Chamber officials "certainly were not aware" that the foundation's tax-exempt status was revoked at the time, Chesshir said. "We were just instructed how to make out the check, and so that's how we did it," he said. "[Our records] show where that check was deposited by the foundation."

The race's website said the event would benefit the Derek Olivier Research Institute and the Scott Ford Center, two Arkansas Baptist components established under Hill. It also listed the "Our Kids (OK) Program," a mentoring service that is run by a Little Rock police sergeant, affiliated with the research institute and funded with city money.

"The cause" was to focus on "creating social awareness about the costs and consequences associated with Black on Black violence," the website says.

Jones, then the president, said the college did not receive money from the 2017 race. City Hall and Police Department officials each said they have received no donations for the mentoring program from any organization since at least January of 2017.

Hill opted against contributing money to the listed causes after learning -- in the fall of 2016 -- that Jones had reallocated money that the college's trustees budgeted for the research institute, he said. All proceeds collected from the race were instead issued to Muskie Harris Rehabilitation Service, he said.

"Due to Jones's decision to reallocate funds approved and designated by the ABC Board for the [Derek Olivier Research Institute] during the 2016-17 academic year to work in conjunction with the OK Program, no funds were donated to the College on behalf of the DORI and the Scott Ford Center," Hill said in written responses.

Jones disputed Hill's account. In September 2016, upon taking office, he eliminated a line-item for $30,000 in pay for Hill in his capacity as director of the Scott Ford Center and replaced it with a librarian's salary, Jones said. A federal Education Department grant program was the source of the money, he said.

Nonetheless, race T-shirts purchased in the lead-up to the February event advertised the research institute -- named in honor of an Arkansas Baptist student who was killed near campus in 2012 -- as the beneficiary, photos show.

The Arkansas Deceptive Trade Practices Act, which the attorney general's office enforces, prohibits "making a false representation that contributions solicited for charitable purposes shall be spent in a specific manner or for specified purposes."

Muskie Harris, who founded the MLK race and coordinates it each year with various partners, said the Arkansas Baptist College Foundation handled money for the 2017 event.

Harris received a roughly $1,500 check to his organization afterward and had to pay about $900 in race expenses, leaving about $600 in net proceeds, he said. Harris' expenses were mostly for technical equipment to track runners' times, he said.

By the time he got the check, the foundation had paid larger expenses out of race revenue it collected, including thousands of dollars for a police detail to block vehicles from the race's path and for T-shirts, Harris said.

The $1,500 check was small, but not surprisingly so, Harris said, though he added that he had no oversight on the fundraiser's accounting books.

He urged his partners to map the race along a different route -- Dr. Martin Luther King Jr. Boulevard was used -- because the police costs would have been far less, he said. Turnout was also low.

"It wasn't [a] mass distribution after the race because it just didn't generate [money]," Harris said. "We were almost upside down. ... I was begging and crying to get these bills paid."

Harris wasn't aware that the foundation's tax-exempt status was revoked at the time and likely would not have partnered with the group if he had known, he said.

"If you're the lead organization, and the money is going into your account, that jeopardizes us," Harris said.

Information for this article was contributed by Aziza Musa, special to the Arkansas Democrat-Gazette. 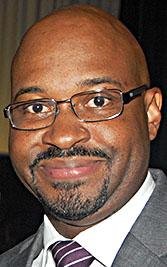 Photo by Democrat-Gazette file photo
Joseph Jones is shown in this file photo. 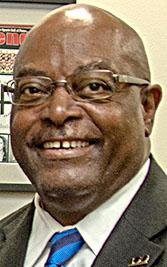 Photo by Democrat-Gazette file photo
Muskie Harris, who founded the MLK race and coordinates it each year, is shown in this photo.