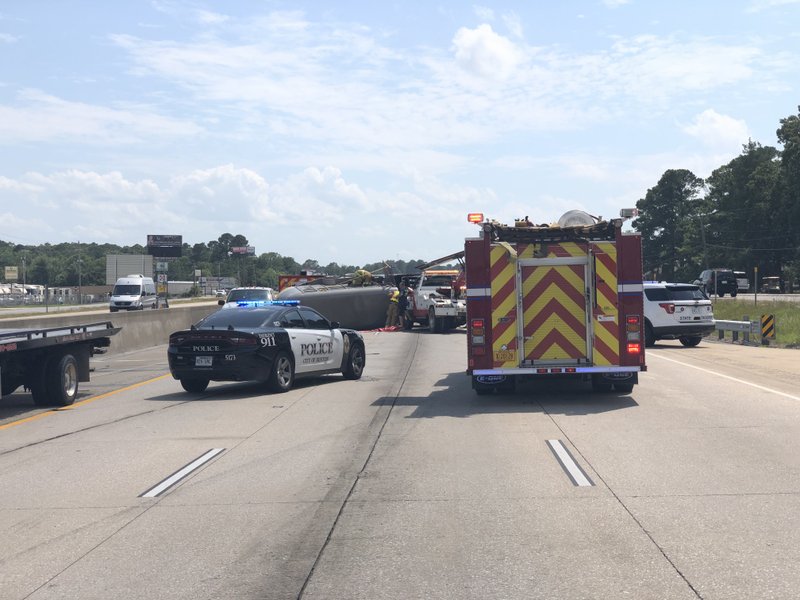 Crews work a crash on I-30 in Benton where a trailer carrying livestock overturned on Friday afternoon.

Part of Interstate 30 was closed for more than 90 minutes Friday after a trailer loaded with cows crashed in central Arkansas, authorities said.

The state Department of Transportation said the westbound lanes of the interstate in Benton were shut shortly before 2:30 p.m., and a bull was on the loose at that time. The animal had been recaptured as of 3:15 p.m., a spokeswoman said.

According to the Benton Police Department, the crash occurred near I-30's intersection with Congo Road and involved a trailer "loaded with cows." The lanes had been reopened by 4 p.m.